DUSSELDORF, Germany — DIMA, the annual German direct marketing conference and show, drew 160 new exhibitors and boosted the total number from 363 in 1999 to 491 this year. Organizers expected 15,000 visitors. Both would be a record.

The estimated final visitor figure, however, was closer to 14,000, still a record number and up 10 percent over last year, but shy of the organizers' goal.

DIMA is being held in this riverside town on the Rhine for the first time after spending a dozen years in Wiesbaden. The Rhein-Main Halle in that city could no longer handle the demand for space. The fair grounds here offer double the square footage. The show closes this evening.

The German industry continues to boom although recent studies indicate it would not grow at the double-digit rate that marked most of the '90s. A study issued at the show by the Deutsche Post, the German Post office, revealed that all facets of direct marketing — excluding Internet sales — totaled almost 40 billion Deutschmark ($20 billion), an increase of 7 percent over 1998 totals.

It should be noted, however, that the dollar figure is misleading because it corresponds to the current exchange rate of DM 2.1 to the dollar. In 1999, the DM rate against the dollar was much higher. The study, commissioned by Deutsche Post for a second year in a row, surveyed 3,000 German companies with an annual turnover of at least

Germans spent DM 5 billion on telemarketing, DM 2.6 billion on interactive services (excluding the Internet), DM 2.6 billion on off-the-page ads and inserts, DM 2.4 billion on direct response radio and TV, and DM 500 million on outdoor advertising. Internet figures were not broken out because a separate study on them had recently been made public.

Overall growth rates, surprisingly, were strongest in the generally stagnant “new states” that formerly made up the so-called German Democratic Republic. They were up 32 percent over 1998 to DM 3.7 billion.

After a first day of workshops and walk around attendees at the booths on Sunday, the conference was formally opened yesterday morning by Wolfgang Klement, the “Minister President” (Governor) of North Rhine Westphalia, Germany's largest state.

Dusseldorf, the state capital, and the state government had lobbied hard to bring the show here, offering a host of financial and other incentives. The governor welcomed delegates and expressed his pleasure at having DIMA here. He also praised his state's pioneering role in call center development and said he was an enthusiastic supporter of one-to-one marketing Keynote speaker Philip Kottler, a marketing professor at the University of Illinois, gave the opening address, focusing on permission-based marketing and other aspects of the e-commerce revolution. Specifically, he said companies need to invest more in direct marketing and that they need to form closer ties to their suppliers.

At the annual DDV — the German DMA — press conference yesterday morning, professor Bernd Kracke announced that the association's membership had increased from 878 at the beginning of the year to 950 at the end of August.

He also announced the establishment of a German DM hall of fame and said three men would be inducted — Heinz Dallmer, head of AZ Bertelsmann, Klaus Schober, the founder of Schober Direct Marketing, one of Germany's largest DM firms, and professor Siegfried Voegerle, a leading DM scholar.

Managing director Holgar Albers discussed various education initiatives DDV was pushing including establishment of an academic chair for direct marketing at the University of Giessen.

Finally, EMNID, a major German public opinion research firm, presented a study of German direct mail based on the opinions of 75 experts in the field. The study contained few numbers but found that direct mail would survive and even profit from the Web.

“Direct mail is not dead but stands in full bloom,” Hartmut Scheffler, EMNID's managing director, said in presenting the study. Direct mail and new media, he added, are not in competition.

“The study supports our contention that direct mail remains the cornerstone of modern direct marketing and will remain so,” Albers said. 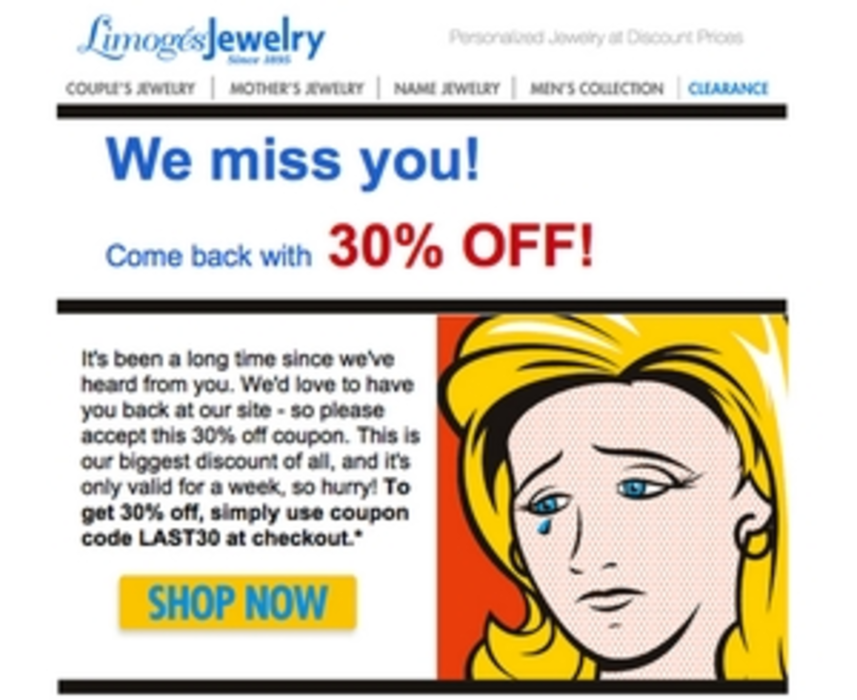 Jon Ozaksut knew when he started in March that something was wrong. As the newly-minted e-commerce marketing manager…