There’s often debate about whether email is past its prime. But for RetirementJobs.com—a career site for people over the age of 50—email is an oldie but a goodie.

Email is the primary way RetirementJobs.com communicates with its job seekers. Tim Driver, CEO for the career website, says the company’s heavy reliance on email partially stems from its target customers’ use and consumption of the channel. “[Older adults] are very engaged in email,” he says, “perhaps more so than their younger peers at this point who may be gravitating towards social media at a faster click than the older demographic.” (It’s worth noting, however, that 65% of adults 50 to 64 years old and 46% of seniors 65 or older use social networks, according to the Pew Research.)

So how does RetirementJobs.com keep email from seeming over the hill? Here are four ways the career site continues to mature its email program.

Identify the data needed to create segments: RetirementJobs.com’s primarily acquires email addresses via a form on its website. In addition to collecting email addresses, the company uses the form to gather job seekers’ names, high school graduation years, and postal addresses. The high school graduation year gives RetirementJobs.com a proxy for how old the job hunters are and whether they fit within the company’s core demographic, Driver says. Furthermore, the postal address allows the company to segment its job listings by geography. Driver says that RetirementJobs.coms segments based on geography—rather than job category—because its users are open to different career opportunities.

“When someone goes to a standard, generalist career site, they kind of know what they’re looking for,” he says. “When someone comes to RetirementJobs.com, they’re typically casting a wider net. They’re saying ‘I might have been an accountant for the last 25 years, but now I’m looking for a retirement job or an encore career where I’m open to what you have for me.’”

Focus on deliverability: The number of emails RetirementJobs.com sends is pointless unless its messages make it to the inbox. However, Driver says reaching the “finish line” is no easy feat.

“[Deliverability is], of course, a challenge no matter how responsible of a marketer you are,” he says. “When you’re doing email at a higher volume, you need to have people focus on that critical goal of getting into the inbox. It doesn’t matter how good your message is if you don’t get to the inbox.”

As a result, RetirementJobs.com works with an email deliverability service, SMTP, to improve its deliverability rate while still maintaining its sender reputation score as it scales. “Most marketers know that they want to pay attention to clicks and opens, but they may not realize how much of their email isn’t going through,” says Jonathan Strimling, CEO of SMTP.

Be prepared to say goodbye: Not every subscriber is a valuable one, and marketers need to know when it’s time to bid adieu. Driver says that it takes people 50 and older twice as long to find work as younger job seekers. Assuming that it takes younger candidates three to six months to find a job, RetirementJobs.com waits until job hunters have been inactive for 12 months before removing them from its list.

Be relevant. It may seem basic, Driver admits, but when it comes to reaching the inbox, it’s important for marketers to focus on what subscribers are truly looking for from a company’s emails.

“You have to do your best to look at these messages through the eyes of the recipient,” he says. “Is it delivering value? Otherwise, it will be two steps back for every step that you take forward.” 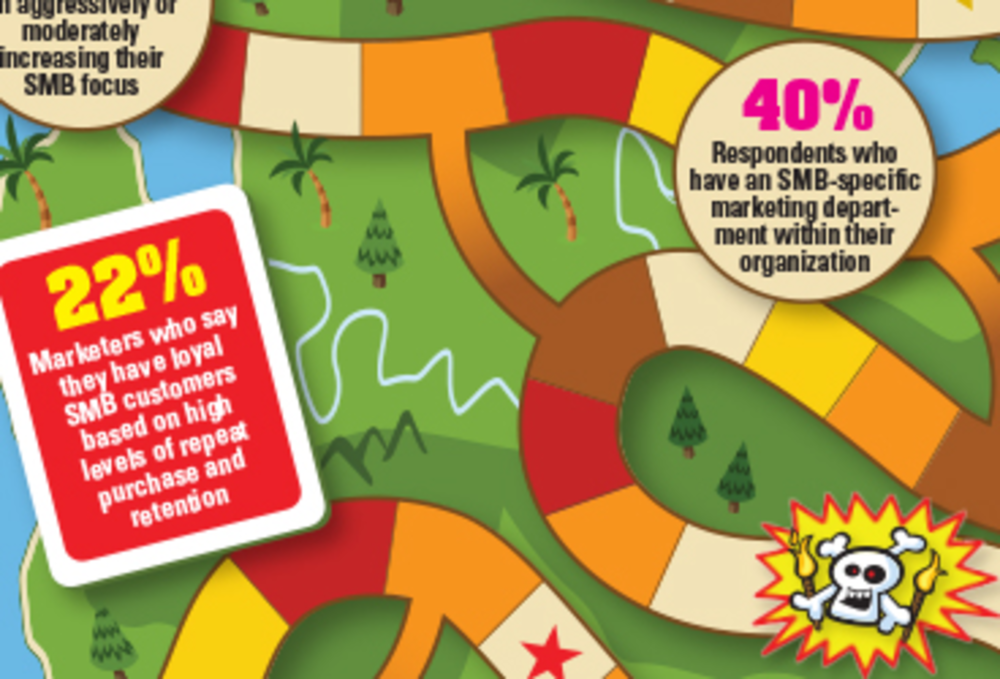 When it comes to small and medium-size business (SMB) customers, brands aren’t playing around. According to the “Business…