A company specializing in providing expert court testimony for personal injury lawyers has been enjoying a strong response from an expensive campaign in which it is mailing $50 bills to prospects.

Frankenfeld Associates Interactive, Rapid City, SD, for the past year has been mailing crisp, new $50 bills to about 25 to 50 prospects per week as part of an effort to sell them an Internet marketing service that allows accident victims to see for themselves how much they could stand to gain by retaining a personal injury lawyer.

“It’s very difficult to find the law firm that has a need and an affinity for our services,” said Frankenfeld, who said his company was having a tough time reaching the right decision makers using telemarketing.

“I’m in the same boat,” he said. “I’m a professional. I get lots of telephone calls. I’m a busy person. I thought, what would get my attention? Then I thought, well, money would probably do it.”

Although he does not generate an immediate profit from the mailing itself, he said the long-term value of the customers he does acquire will eventually make the move pay off.

Frankenfeld said he gets just under a 50-percent response rate from the mailings, and converts about 5 percent of those who respond into customers. The product, called Rainmaker, allows law firms to turn their Web sites into marketing tools by creating a sort of online calculator that enables accident victims to use the Web to figure out how much they might win in a court case.

FAI only charges when the service actually produces results for the law firms, and Frankenfeld said he expects to generate about $500 for each case that lawyers pick up from using Rainmaker.

“The value of a client is in the thousands and thousands of dollars,” he said.

Frankenfeld said he has mailed “a little over $100,000 worth” of $50 bills, and he hopes to sign up as many as 200 law firms by the end of next year. Included with the cash is a two-page letter explaining the service and a customized cartoon that explains it in even simpler terms.

He targets personal injury lawyers who advertise in the Yellow Pages, and he mails the package about six weeks before the closing deadline for the lawyers to buy their next Yellow Pages ad. He said he buys Yellow Pages tear sheets from a service that allows him target the firms just as they are scheduled to renew their ads. He hopes to convince lawyers that they should advertise their use of the Rainmaker system in the Yellow Pages to help them generate more business.

Frankenfeld, a forensic economist who provides expert testimony for attorneys, is a former state senator in South Dakota and a 1990 U.S. congressional candidate. He said he learned a lot about the effectiveness of direct mail in his political career, and he also managed a campaign in the 1980s to promote teleservices deregulation which included a lot of direct mail. 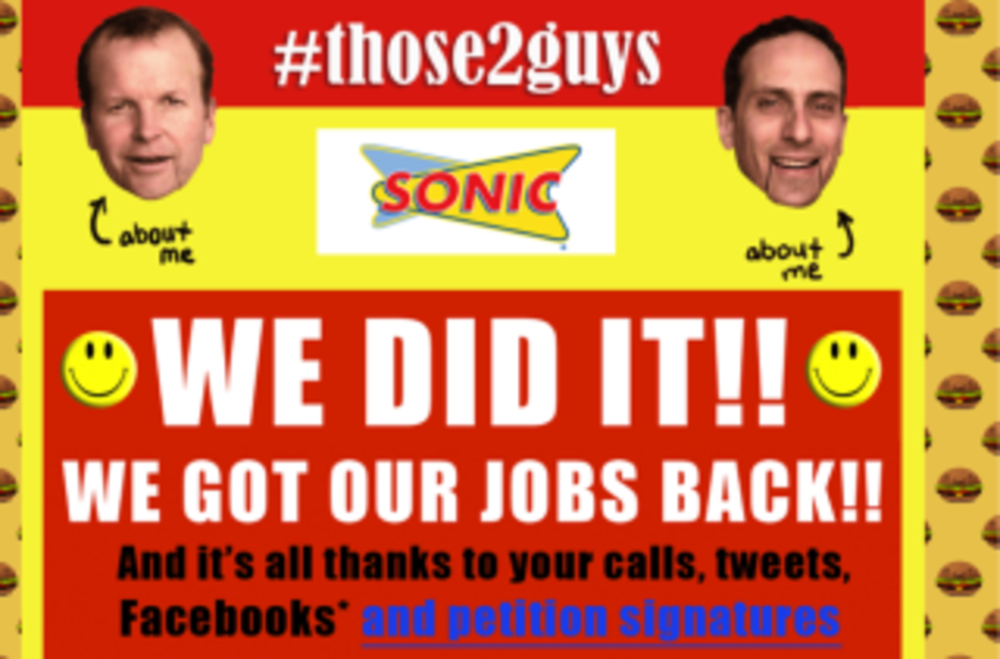 Sonic Drive-In launched its “Those 2 Guys” campaign on Feb. 22, after a two-week “prelaunch phase” that included…

The U.S. Postal Service's Board of Governors agreed on several actions Sept. 13 that were supposed to have…