The Federal Communications Commission said yesterday it would enforce the national no-call list starting Oct. 1 as planned and that it was unaffected by a court ruling declaring the list unconstitutional.

However, the Federal Trade Commission has taken down the Web site telemarketers used to download the no-call list, potentially stranding telemarketers who waited until the last minute to obtain the list.

In a statement, the FCC cited a late Sept. 26 decision from the 10th Circuit Court of Appeals declaring that the rules would remain in effect while the court case proceeded. The appeals court is considering the American Teleservices Association's challenge to the FCC's no-call rules.

The FCC said its no-call rules had not been “disturbed” by a Sept. 25 decision from Judge Edward W. Nottingham of U.S. District Court in Denver declaring the FTC's no-call rules to be in violation of the First Amendment.

“The Commission intends to continue to administer and enforce its rules to the fullest extent possible as the litigation proceeds,” FCC chairman Michael Powell said.

Supreme Court Justice Stephen Breyer refused to block that decision yesterday, but the telemarketers can renew their request with another justice.

Yesterday, ATA executive director Tim Searcy said the “healthiest thing” for telemarketers to do would be to comply with the list. However, over the weekend the FTC took down the Web site telemarketing.donotcall.gov, which telemarketers used to download the no-call list, and replaced it with an explanation of the list's status.

“It is concerning to see chairman Powell push a list that many haven't had the chance to download,” Searcy said.

In particular, small telemarketers, who may have waited because of the recent court decisions or because of FTC statements that they could obtain up to five area codes from the registry for free, would be left in a bind, the Direct Marketing Association said in a statement.

“They will not be able to make calls, and they will be unable to obtain the list or verify whether their customers have obtained the list legally,” said Jerry Cerasale, DMA vice president of government affairs.

Should the FCC file a complaint for a violation of the list, it would face potential complications due to unresolved court proceedings, including the FTC's appeal of Nottingham's ruling, said Joe Sanscrainte, a DM News contributor and general counsel for Call Compliance Inc., a provider of do-not-call compliance services. The inability of telemarketers to download the list also presents a thorny enforcement issue.

“It's surprising that the FCC has taken this approach,” Sanscrainte said.

In its ruling, the appeals court acknowledged that telemarketers would suffer irreparable harm if the no-call list went into effect. But it concluded that the privacy interests and expectations of the millions of consumers who registered for the list outweighed the industry's interest.

The appeals court did not rule on the constitutionality of the no-call list or Nottingham's decision. It said it would hold further hearings as soon as possible.

The appeals court ruling is yet another turnabout in the conflict between the telemarketing industry and the government over the no-call list. The opening skirmish came Sept. 23, when Judge Lee R. West of U.S. District Court in Oklahoma City sided with the DMA's challenge to the no-call list and ruled that the FTC lacked congressional authority to implement the list.

Congress responded by passing a bill granting the FTC that authority in a single day, a pace one lawmaker said represented the “land-speed record” for legislation. President Bush signed the bill yesterday.

However, just hours after Congress approved the bill, Nottingham's ruling was released, leading to speculation that the government would be unable to keep its promise to consumers that telemarketing calls would be reduced starting Oct. 1. Yet that news barely had a day to settle before the appeals court dealt another reversal to the industry.

“I feel unsure,” said Lisa Scheuerman, owner of the small, Baltimore-based outbound agency A Direct Result Inc., who is uncertain her company can survive if the list takes effect. “I don't know what's going to happen Oct. 1.”

Scheuerman said that some of her clients lost half their calling databases because of the list.

Many telemarketing clients are also uncertain about what to do given the back-and-forth no-call battle, said Deborah Pearlman, president/CEO of consulting agency DKP & Associates, Skokie, IL.

“Everyone is very confused and frustrated,” Pearlman said. “Clients are frustrated by the way the government has approached this whole thing. They're concerned about doing the right thing.”

Though many supported the ATA, some telemarketers are concerned that consumer anger over the no-call rulings may generate more harm than the list itself.

“If there weren't any Americans who didn't hate telemarketers before, they do now,” said Jon Hamilton, a telemarketing veteran and owner of JHA Telemanagement, Unionville, PA. “To them, this looks like a bunch of cheap lawyer tricks.”

Hamilton and Pearlman both urged the industry to heed the DMA's call for telemarketing companies to voluntarily remove the names of consumers who registered for the no-call list from their calling lists. Pearlman said most of her clients already had scrubbed their lists of the names and had no plans to return them.

Voluntary compliance with the no-call list is a chance for the industry to recover some of its image with public, Hamilton said. But telemarketers will have to put the priorities of the industry as a whole ahead of their individual interests.

“The history of our industry is one of self-interest,” Hamilton said. “A lot of companies have to set aside self-interest for several days and make a good showing for this to work.”

Search engine AltaVista (www.altavista.com) confirmed today that it is building an opt-in e-mail list to be developed and…

Yahoo Inc. has announced that Hastings, NE, has won the company’s “Be a Better Planet” Greenest City in… 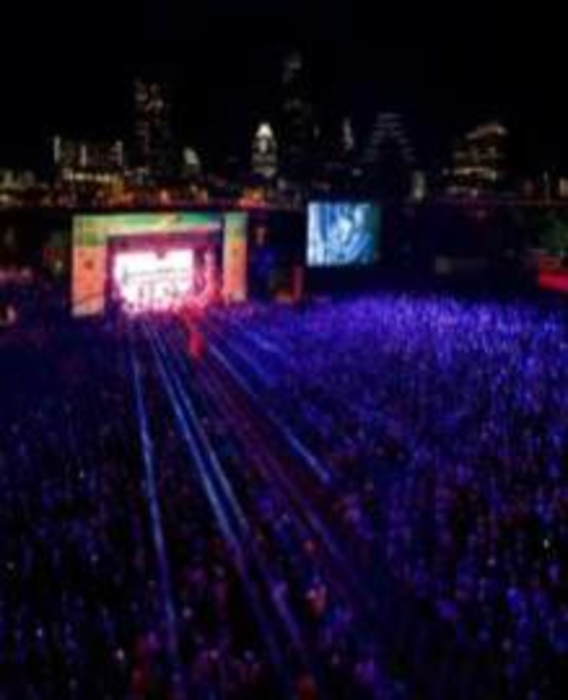 Infographic: Here’s what they were talking about on Twitter at SXSW

A whopping 665,000 tweets were sent during this year’s SXSW Interactive sessions. Here are the highlights of what…