E-Tailing for the Mature Market

Where baby boomers go, marketers will surely follow. So it is not surprising that online retailers are noticing that this traditionally hot target audience is going into its 50s. This poses a dilemma for online retailers. Can a site attract people older than 50 without tainting them as old? Smart online retailers can.

As baby boomers join the ranks of older Americans, they are redefining aging by dispelling the myth that older people are technologically impaired and unwilling to jump onto the new and trendy. Here are some facts and tips:

• People older than 50 are the fastest-growing Internet audience — 65 percent growth in online usage since 1997. Yes, they are playing catch-up, but they are catching up.

• They like genealogy and family history sites, but the hot growth sites for these people are, surprise, music, just like the younger generations. Media Metrix, New York, reported that people older than 50 represent 17 percent of the visitors to music sites, up 92 percent compared with a year ago.

• Surfing the Internet is a good use of the free time that comes with an empty nest or retirement. People older than 50 spend more hours online than younger surfers — more than 38 hours each month.

• They are discriminating consumers. Remember, this is the generation that learned from consumer advocates Ralph Nader and Betty Furness to demand service, information and value. Do not scam them.

• Their motive for shopping online is simple — shop without the stress of shopping. Young people like to shop in stores to socialize, to meet friends and find dates. Older customers do not need that kind of socialization and are quite happy to order from home without the fuss of fitting rooms, lines and crowds of young people hanging around trying to meet other young people.

With this ready-made audience, rich in time and money, you would think online retailers would be setting up sites to capture them. Not so. Most marketers and retailers do not know what to do about these consumers who are redefining aging.

Confusion and fear have made marketers and retailers inert. First, they do not know how to approach this new generation that is not old as we have known it. Second, they dread being identified as the brand, store or site for old people.

With the right homework, online retailers can capture these people, sell them effectively and avoid the dreaded image of the site for old folks. Here’s how:

Step 1: Define your target audience. Fifty-plus is not a homogeneous market. It is as diverse as the 18- to 49-year-old market, and you need to clearly understand which group will be most responsive to what you have to sell.

There are actually three generations that make up the 50-plus population:

• The GI generation is the oldest segment. Born between 1909 and 1925, they are 76 to 92 years old. While people older than 92 may not be your direct audience as an online retailer, their caregivers (baby boomers) are surfing sites to find medical products and services that will help them care for the oldest generation.

• The silent generation is an online retailing target audience. Born between 1926 and 1945, these people are 56 to 75 years old, just ahead of the baby boomers. There are 41 million people in this silent generation, and they are anything but silent.

This generation produced the activists and consumerists of the 1960s: Abbie Hoffman, Malcolm X, Gloria Steinem, Bella Abzug, Betty Friedan, Helen Gurley Brown and Ralph Nader, who led the social revolutions of the 1960s while the baby boomers were battling acne.

This generation was introduced to computers at work. They e-mail their children at college and their grandchildren in distant cities. They respond to sites designed for them, including iVillage, Thirdage and Golden Violin.

They are responsible for significant increases in Internet surfing and shopping among the 50-plus population. They are an audience worth targeting.

• The boomers, born between 1946 and 1959, are 42 to 55 years old, and there are 56.4 million people in this group. Many work with computers in their offices and at their homes. They are your primary target audience for online retailing.

Step 2: Remember, they are seasoned consumers. By the time people reach 50 years old they have many years and millions of hours of exposure to advertising, and they are pretty jaded. To succeed with them you must do the following:

• Think positively. People older than 50 are very familiar with the problems that come with aging. They do not need advertising to remind them. Advertising needs to broadcast the vitality that can be part of aging.

Focus your promise on surmounting annoying physical malfunctions, demonstrate personal growth, and, above all, promise that they will still be included in the universe of the youthful.

• Promise new beginnings. Now, begin a call-to-action, words they want to hear. These words are the most compelling motivation because they subtly suggest doing it now, while these people still can. Words like “fast” and “instantly,” which suggest speed and frenzy, are less important to an audience that wants to do things at a more reasonable (not slower) pace that allows them to savor the experience.

• Graphics for older consumers is not synonymous with large bold type, which is offensive! Find legible graphics, with enough white space around it, to encourage reading.

• Think ageless models. There is such a thing as an ageless model. Is she 44, 55, or a well-preserved 64? Only her physician needs to know. Consumers do not care. As long as the model looks older than 35 there is credibility.

• Reflect new relationships that are popular among the 50-plus population, most of whom are widowed, divorced or legally or emotionally separated. The best people to reflect this audience are mixed groups of men and women, followed by mothers and daughters, sisters and men-folk. The worst: cozy, silver-haired couples.

• Toss out all those shots of golf carts. The new generation does not want to be confined to a cart. That is the dream of overworked 40-year-olds, not of active retirees. Golf carts need to be replaced by active pleasure symbols, like boats, bicycles, hiking boots and walking sticks, carpentry tools and motorcycle repair kits.

The 50-plus audience is usually on an online mission and these people want you to help them accomplish that mission with service and information. Their age is incidental.

Online retailers need to apply these rules of advertising to the mature market and then some. The challenge is to keep the site interesting without detouring deep into the world of technical wizardry. Your site needs to make them feel smart and hip, not foolish.

Judge: No Damages Due in Rosie Magazine Trial 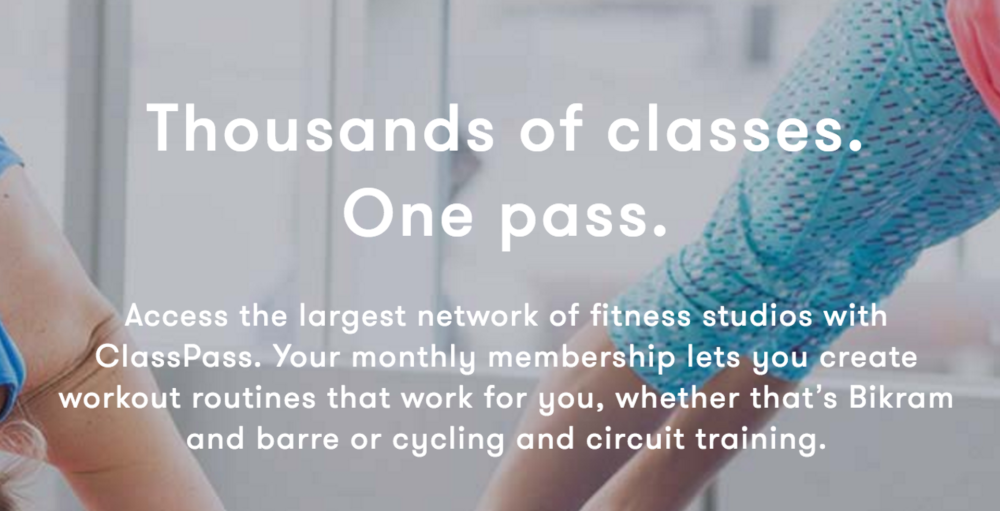 On April 27, ClassPass, the startup that grants booking access to networks of local fitness studios informed its…