Email On the Move

For many marketers the classic email marketing strategy has been to try to be at the top of their recipients’ inboxes at 8:31 a.m. But as email shifts rapidly from a deskbound activity to an all-day, every-day marathon powered by smartphones, marketers must throw out their old assumptions and experiment anew.

Data from email analytics firm Litmus shows that as of June 2013 mobile devices account for 44% of all email opens, compared to 33% for conventional desktop clients and 23% for desktop Web mail pages. “Anybody who isn’t working on a mobile strategy is behind,” says Katrina Conn, VP of marketing services for marketing services firm StrongView.

Southern California shoe seller WSS found that out in a hurry. When the marketing team for the ShopWSS.com website added email analytics, they were surprised to see that 70% of its customers’ email opens were happening on mobile devices. “That has changed the way we approach email marketing, but we’re still playing catch-up with the technology,” says Erica Forrette, senior manager of digital marketing at ShopWSS.com.

According to Nielsen’s 2013 “The Mobile Consumer: A Global Snapshot,” 75% of U.S. smartphone users read email on their device at least once a month—the highest uptake in the 10-nation study, and behind only text messaging (86%) and Web browsing (82%) for popular activities. Unlike the comparatively captive audience for desktop email, mobile consumers are a multitasking lot—Google’s “Our Mobile Planet: United States” survey shows that 86% engage at least one other activity while using their phones, with television and music each distracting more than half of smartphone owners. “We’re not spending more time on the smartphone and less in front of the television,” says Brennan Carlson, SVP of product and strategy at marketing vendor Lyris.

As such, considering mobile from the outset of creating an email campaign has become imperative. Every element—from the moment customers see an email to how it renders to the experience once they click to the way it links with other channels—can impact performance. Companies like LifeProof, Mandalay Bay Resort & Casino, and WeddingWire are discovering the potential of dialing up their mobile email marketing experience.

Whether an email will drive customers to an action is often determined before they even open it. Here’s where mobile email provides an advantage over email opened on a desktop. In addition to the subject line, mobile inboxes typically show a “pre-header” below the subject line. Telling a compelling story in the pre-header can make all the difference as to whether customers will click to open or to delete. Just as powerful is who the email is from, so be clear with branding. “The first thing you see in an inbox is the ‘from’ line, big and bold. That’s where much of our loyalty comes from,” says Matt Byrd, senior email marketing manager at WeddingWire. “Our subscribers know that when they open email from WeddingWire in line at the grocery store, it will be easy to read and to digest.”

The biggest challenge for marketers is to grab and hold customers’ attention once they open an email, when they can dismiss it quickly with the swipe of a thumb—a privilege that smartphone users are quick to invoke. “Historically, people spent up to five seconds on a desktop email, but on mobile devices they’re spending less than two,” says Wacarra Yeomans, director of creative services at Responsys. “So you need a combination of copy and images, which can get a complex message across in less than two seconds.”

Best practices in mobile email design still must take into account the lowest-common denominator in smartphones, which depending on the target audience could mean a crude screen. ReturnPath data shows that 52% of mobile opens happen on devices running Apple iOS 6, but even the venerable iPhone 3GS with a low-resolution screen is capable of running iOS 6. Many lower-end Android devices still sold today have the same small screen size as the 3GS, although newer Apple and Android phones have resolutions that rival desktop monitors. Android phones outsell iPhones (28% of the mobile market compared to 25% in the U.S., according to Pew Research Center), but the majority of mobile opens happen on Apple devices. Marketers are advised to monitor the situation closely, while ensuring that their content renders cleanly on both platforms.

The core of mobile email design is a single-column layout. New techniques in responsive design make it easy to write content once but display it in single or multiple columns, depending on which device recipients open an email. Single-column layouts minimize the need to scroll side to side, which is less intuitive for mobile email readers than up-and-down scrolling. If it’s necessary to span across the width of a typical screen, arrows pointing out the additional content can help guide the reader.

Sound mobile design goes beyond just ensuring that graphics and text flow in a single column. Some branding principles considered mandatory in desktop email are poor choices for mobile. Image maps with multiple links and text links crammed too close together are common problems—for mobile email, experts recommend large, distinctive clickable buttons for every action, with a minimum width of 44 pixels.

Think in terms of minimal buttons and a single, clearly stated call-to-action, placed as near the top of the message as possible. “I have to make them want to click right now—that’s why I’m not going to give them many choices,” says Ron Cates, director of new market development at email vendor Constant Contact. “Making the call-to-action clear is more important on a mobile device than on a desktop.”

It all starts at the top

Even with a mobile readership far behind the industry average (15%), fitness and medical products supplier ActiveForever worked with VerticalResponse to redesign its emails with mobile-friendly principles. Today, emails focus on prominent links in the email header and a single, significant, tap-friendly image of the product featured. Although the brand anticipates that mobile readership could double in the year to come, mobile sales conversions remain low due to the nature of ActiveForever’s business of high-value, considered-purchase products: “A $3,000 lift is something you sit down and purchase,” says Brad Ranks, ActiveForever director of e-commerce.

Crowding the header with branding is an easy misstep for desktop-minded designers. “The biggest mistake I see is a big header logo. If you lead off with your big company logo, people will never get to where you message is,” Cates says. “It’s time to switch around your assumptions: design emails for mobile displays, and then go back and make sure they look OK on the desktop.”

These are not trivial design challenges to overcome, which is why some brands have been wary of committing to mobile design principles. LifeProof, makers of rugged cases for mobile phones and tablets, would seem to be an obvious early adopter of mobile email, with 73% of its emails opened on mobile devices. But the brand was cautious at first and only committed to a mobile email strategy in June, working with Listrak to use responsive design and content that would result in appealing single-column layout on mobile devices, but take advantage of greater width on the desktop. “We were nervous about being confined by the limitations of mobile email, but we’ve become more confident that we can convey our creative direction,” says Jennifer Abril, LifeProof e-commerce channel manager.

LifeProof’s combination of implementing responsive design, reducing the number of text hyperlinks in favor of large, thumb-friendly buttons, and focusing on fewer products in each message has produced a 23% lift in email click-throughs. LifeProof’s next project will test different banner and header image sizes, and introduce mobile newsletters. Undeterred by the mobile community’s reputation for short attention spans, the brand is convinced it can keep its readers engaged with a substantial amount of information in its nurturing campaigns. “People read books on iPhones and tablets, so it’s really about making sure you have the right content,” Abril says. “If you give something people look forward to reading, they’ll take their time.”

Without a consistent experience for smartphone users, all the email design in the world won’t lead to higher conversions. Ensuring that the landing page, transaction experience, or deliverable is equally mobile friendly is just as important as the email that serves it. “Quite often when an email looks interesting on the mobile device you tap through and, lo and behold, the landing page isn’t mobile-optimized,” says Guy Borgford, senior director of brand innovations for mobile marketing provider Hipcricket. “When businesses don’t make it easy for consumers to do what they wanted to do, they’re going to bail. People would potentially buy more from a mobile device if they didn’t have to key in as much data.”

Mobile apps are the perfect supplement to mobile email, because the phone itself provides the user credentials and unlocks payment information. “Because the user doesn’t have to sign in, it’s a frictionless conversion,” says Bryan Wade, VP of email products at email vendor ExactTarget. Some of ExactTarget’s deal-of-the-day clients generate up to 50% of their sales through the mobile app, because there’s no credit card information to enter. The email provides a link that launches the app, calls up the exact product, and presents a large, friendly “Buy now” button.

SMS is another effective way to reach the fully mobile consumer. Mandalay Bay Resort & Casino in Las Vegas uses a multichannel mobile marketing campaign that relies heavily on email to attract leisure travelers and promote on-site services before the visit begins, but transitions to text messages once a guest has checked in. In fact, a core component of the email campaign is to encourage customers to share their mobile phone numbers in exchange for free concert tickets. “Once people are here on the property, email is not the most efficient way of communicating. Texts usually come from someone you know—there’s less marketing clutter in the text box,” says Robert Hoffmann, director of interactive marketing for Mandalay Bay. “And unlike emails, which are planned months in advance, I can create a text message on our Hipcricket platform and send it out in minutes. It’s a quicker route to market once we figure out what our guests are doing.”

Most important, marketers need to think beyond the technological implications and even the potential to expand sales with mobile-optimized email, and must also consider how mobile is changing customers’ relationship with email. Instead of being delivered to the desktop and considered at regular intervals, mobile email enters a customer’s life anytime, anywhere. That relationship demands a higher level of connection and trust. “Mobile email is more personal. It may feel like you’re still sending the same types of email to the same number of subscribers, but a consumer’s smartphone is in their pocket and on their body every day,” Responsys’ Yeomans says. “That puts the onus on the brand to have an established relationship, so the consumer will want to hear from them in this very personal space.” 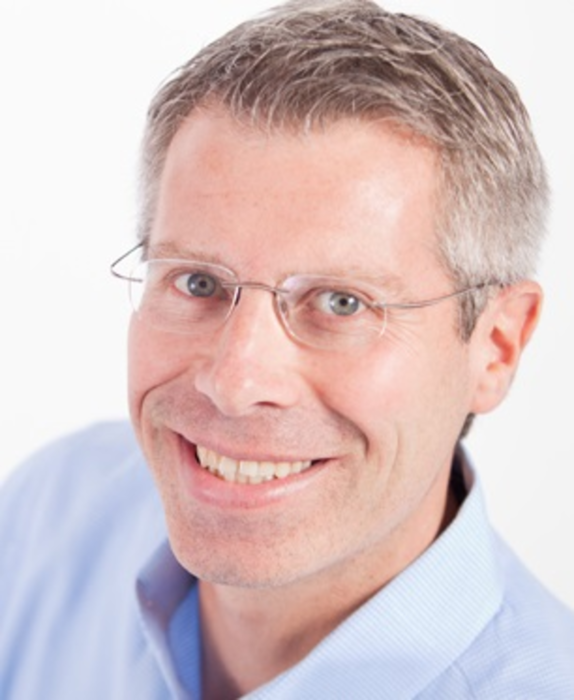 Marketing to Mobile Users in an Attention Deficit World

For a long time the focus of brands with mobile apps has been on one goal: downloads. But… 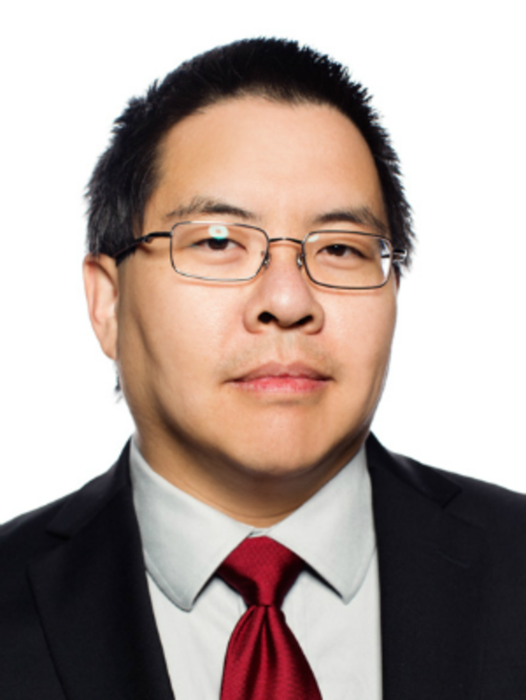 In the right-brain/left brain miasma of digital marketing, employers lament the scarcity of marketing-tech amphibians.  But lifelong techie… 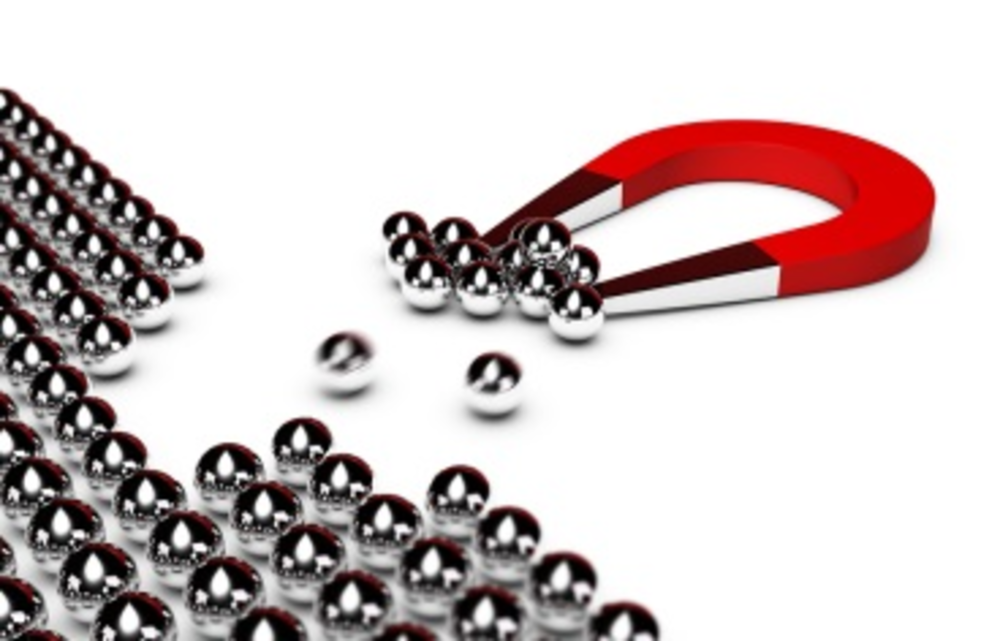 Retention Is Not Loyalty

It’s inescapable. Everywhere we look we see marketers promise to “improve customer loyalty.” But I’m a skeptic. I…