Some 37 percent of Slovak companies use direct marketing in their media mix, according to a survey conducted by the ADiMa, the Slovak Direct Marketing Association.

Slovakia, a nation of 5 million wedged between Austria, Hungary, the Czech Republic and Poland, is one of the candidates for membership in the European Union once the EU expands eastward in the middle of this decade.

The country has 60,000 small companies, though there is some outmoded heavy industry left over from when Slovakia produced arms for the Soviet bloc.

Jaroslav Klc, the ADiMa's president, said 217 of 592 firms that responded to the survey use direct marketing. Eighty-seven other firms refused to answer.

“That's a very positive result because our expectations were much lower,” he said. “The survey shows that companies are beginning to use DM as an integral part of marketing communications.”

More than half the 217 companies use direct marketing regularly, while 30 percent use it some of the time. Direct mail is the preferred DM tool, with a significant segment using it together with telemarketing.

About two-thirds of the direct marketers reported that they use house files in their mailings, while only 35 companies rent lists, a reflection of a list business still in the developmental stage.

Inhouse preparation of direct mail, from copy to delivery, is the norm, although 81 companies said they use agencies specializing in direct mail. Telemarketing also is done mostly inhouse.

Marketing by phone is considered cutting edge in Slovakia, with respondents most interested in developing effective telemarketing campaigns. Direct mail ranks second in terms of interest, although firms believe that a combination of DM tools is worth pursuing.

Unaddressed mail and database marketing lag far behind, the survey found. Direct marketing to consumers is still in the developmental stage, with most companies focusing on business-to-business activities.

As in most Eastern European countries, mobile phones are big, with one-fifth of the population owning one. Half the direct marketers surveyed have access to the Web. Credit card use is growing faster than in other Eastern nations.

Postal service is improving, Klc said, even though the post office is still a state monopoly.

“We're trying to improve relations with the post office, and we think that our dialogue is achieving positive change,” he said.

Home shopping is available on a limited basis, given that only one-quarter of Slovak households have access to cable TV. Interactive services, however, are only in the experimental stage and will take time to develop.

On the legislative front, Klc said Slovakia is anxious to have its DM legislation dovetail with that of the EU, although he said progress is slow. The ADiMa is working on a Robinson list, the European opt-out mechanism.

Finally, the ADiMa has adopted a code of ethics based on one formulated by the Federation of European Direct Marketing, an organization it has joined.

Gillespie Wins Gobi.com, Media and Beyond 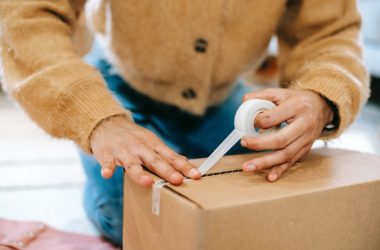 Samsung Electronics America spent virtually nothing on the Internet last year. This year, it intends to splurge more…