The 35-year-old Charrette Corp. debuted its Web site, www.charrette.com, about 18 months ago. The effort is being viewed as a test campaign. The results will shape a major effort tentatively scheduled to get under way in late October or early November, said Dexter Bachelder, general manager at the charrette.com Internet Business Group.

The business-to-business campaign is targeting architects, engineers and construction professionals, as well as computer-aided designers such as Web and graphic designers at ad agencies.

The campaign consists of a direct mail piece that went out in one drop last week; an e-mail campaign that also began last week; and a print ad in the next three issues of Cadalyst, a computer-aided design publication.

The ad agency Passaic Parc, Wellesley, MA, created the campaign and is helping to run it. Neither Bachelder nor Robert Rosenthal, president of Passaic Parc, would disclose the number of direct mail pieces or e-mails that were sent. However, they said it was charrette.com's largest prospect mailing to date. The company is testing two lists of prospects for the direct mail campaign and three prospect lists for the e-mail campaign.

Rosenthal said it is too early to discuss the response that the direct mail piece has generated. However, the e-mail campaign has produced a 5 percent response rate and a click-through rate of 10 percent.

“That 5 percent response rate represents the number of people that have come to the site and registered, and not just clicked on it,” Rosenthal said.

The image used in all three media is the same. The direct mail piece is a postcard mailer with a picture of the Brooklyn Bridge on the cover and an image of the bridge's designer, John Augustus Roebling. The back of the piece provides prospects with an introduction to charrette.com, including details regarding the site's new features, the services it offers and the benefits of purchasing supplies online.

The piece also has a give away offer of 25 Razor Wheel.e scooters, while another 75 people could win two prepaid Blockbuster movie rental cards. The prizes are only available to people who log on to the site and register for its eCad — computer-aided design — program.

The call-to-action on the piece is to go to the Web site. Rosenthal said it did not want to provide a toll-free number since the company was looking to promote the site's new features along with the benefits of purchasing supplies online.

Only those with the ability to view images in their e-mail received a message with the Brooklyn Bridge image, while others received only a text message. The message was the same as the one contained in the direct mail piece and included the same offer with a link to the site.

The print ad contains the same images and text but no special offer.

Among the new features of the site are real-time inventory, order tracking and the ability to check an account balance. Charrette.com provides its own branded supplies and those from other major manufacturers. 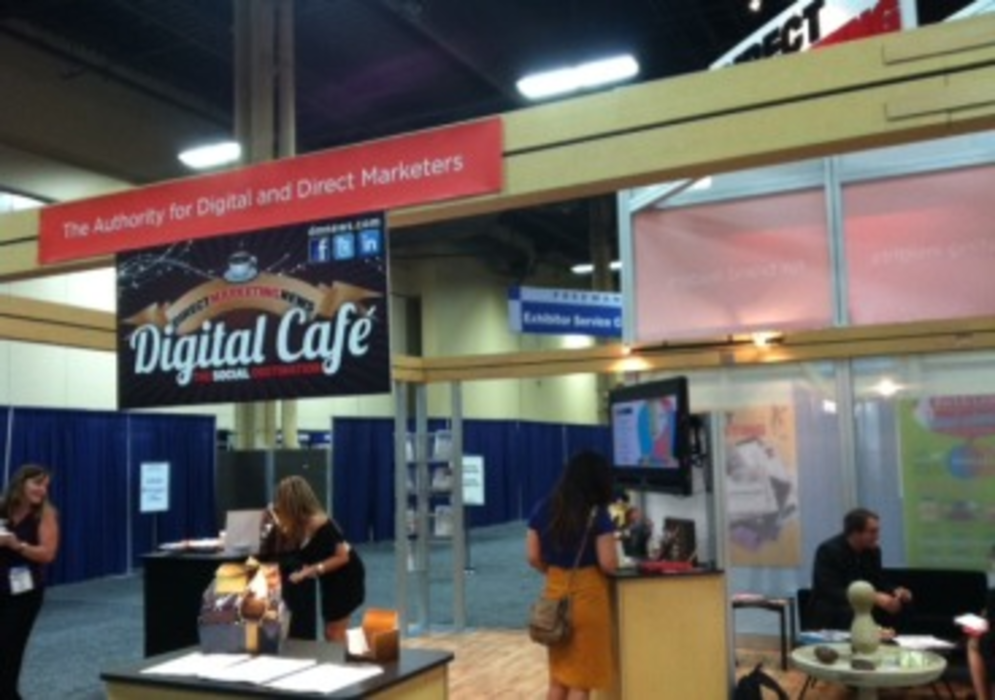 Live from DMA2012: The booth review

Exhibitors at DMA2012 in Las Vegas continued to serve up innovative solutions for targeted marketers on Tuesday. Here…