Marketing automation is meant to make marketers’ lives easier. But the truth of the matter is that marketing automation doesn’t implement itself automatically. It takes technology, strategy, and data. Take it from two brands that have experienced this firsthand.

Cetera Financial Group and Lenovo were the Direct Marketing News Marketing Automation Innovation award finalists. Keith O’Brien, VP of digital for the business group of Haymarket Media, interviewed two of the brands’ marketing leaders about their marketing automation trials and tribulations at the DMN Marketing&Tech Innovation Summit last week. Here are their stories:

Cetera Financial Group is an independent financial advisor network, and financial advisor acquisition is one of its prime focuses. But asking advisors to forgo their current gigs and join Cetera Financial Group can seem overwhelming. So the company wanted to find a way to relate to them on a deeper level and address their greatest concerns. As a result, it launched the NextGeneration campaign last April.

To better address advisors’ top concerns, Cetera Financial Group worked with market research firm J.D. Power and Associates and then identified their five biggest pain points: culture, service and support, brand perception, fees, and micromanagement. Cetera Financial Group then updated the forms on its landing pages and third party websites to better identify which frustrations advisors were experiencing at their current firms. Once financial advisors filled out a form, they would be set on a specific pain point path and receive content addressing that particular concern.

And this content came in a number of forms. For example, the company used Bizo for social and display retargeting, Lookbook HQ to create content storyboards, Vidyard to produce videos with call-to-actions, and Eloqua for batch-and-blast email marketing. But ultimately, Cetera Financial Group “took the plunge” and started using Eloqua for all of its marketing automation content, said Jessica Stamer, senior recruiting operations specialist for Cetera Financial Group.

Here’s how the marketing automation worked: Once a financial advisor filled out a landing page form and was assigned a pain point path, he would receive an Elite Advisor email newsletter on the 15th of every month. The newsletters contained four articles: one focusing on the selected pain point, one dedicated to Cetera Financial Group’s value propositions, and two industry articles. If the recipient clicked on one of these articles, he would be opted into Cetera Financial Group’s nurture program and receive another email with more targeted content (like the Lookbooks and Vidyard videos) three days later. At the same time, Cetera Financial Group would retarget financial advisors on social media and the Web when the emails went out.

Before the NextGeneration campaign, Cetera Financial Group’s unique open rates for Elite Advisor were around 10% and its unique click-through rates were about 1.25%. Although these rates stayed relatively the same, according to a Vidyard blog post, the company experienced a 41% unique open rate and a 7.5% unique click-through rate for its nurture emails. What’s more, advisors who viewed a Bizo ad visited 16% more pages on Cetera Financial Group’s website. Plus, Stamer says that LookBook HQ helped prolong recipients’ engagement with the newsletter from “seconds” to “several minutes” on average.

For the past few years, Lenovo has been focused on becoming a more B2C-friendly brand. As part of this initiative, the PC manufacturer wanted to create a more relevant experience for its website visitors. But because the company doesn’t require people to sign in on the site, most of Lenovo’s visitors were anonymous—making it difficult for the brand to deliver a tailored experience.

Siping Roussin, senior manager of optimization and personalization for Lenovo, said that the company used A/B testing to try and determine what kind of graphics and digital experiences customers wanted to view online. And while Lenovo could view visitors’ site behaviors, the technology company had zero insight into their demographic makeup. So in March 2013, Lenovo partnered with real-time information and analysis provider Neustar and launched a pilot program to marry online behavior with demographic data, segment its audiences, and drive relevancy.

“Understanding who the users are at that anonymous touchpoint was really crucial for us,” she said.

Using Neustar’s ElementOne Analytics platform, Lenovo was able to ping Neustar’s servers every time someone visited the site. Neustar would then try to match that visitor’s cookie with an Element ID code, which it determined by aligning the cookie with attributes inside of its database. If Neustar was able to make a match, it would send the code back to Lenovo. Lenovo was then able to input all of the attributes that aligned with this cookie—like age and household makeup—into its own analytics platform, record it, and tie in that visitor’s behavior. Once this information was paired up, Lenovo used Adobe Target to segment its visitors and deliver targeted content in banner ads and on its site—all within a matter of milliseconds.

Because Lenovo was a bit of a newbie when it came to online segmentation, the technology company decided to start with the basics and take a product-based approach. For instance, if Lenovo learned that a site visitor came from a household with children, the brand would show that visitor an image of a family gathered around one of its multi-mode devices.

As for metrics, Lenovo primarily looked at “stickiness”, i.e. deeper engagement, on site, conversion, and revenue per visitor. And the technology company certainly saw results. By creating a more relevant experience for its site visitors, Lenovo was able to increase its order conversion rate by 40% and its revenue per visitor by 25%.

But perhaps one of the brand’s greatest achievements was the buy-in that it received from its executives.

“A lot of our guys at Lenovo are really in more of the offline mentality…. It’s your traditional PC company that’s really [focused on] hardware and selling in-store,” Roussin said.

Now, the company is looking to further refine its segmentation abilities and see if it can even tie in data from its call center. 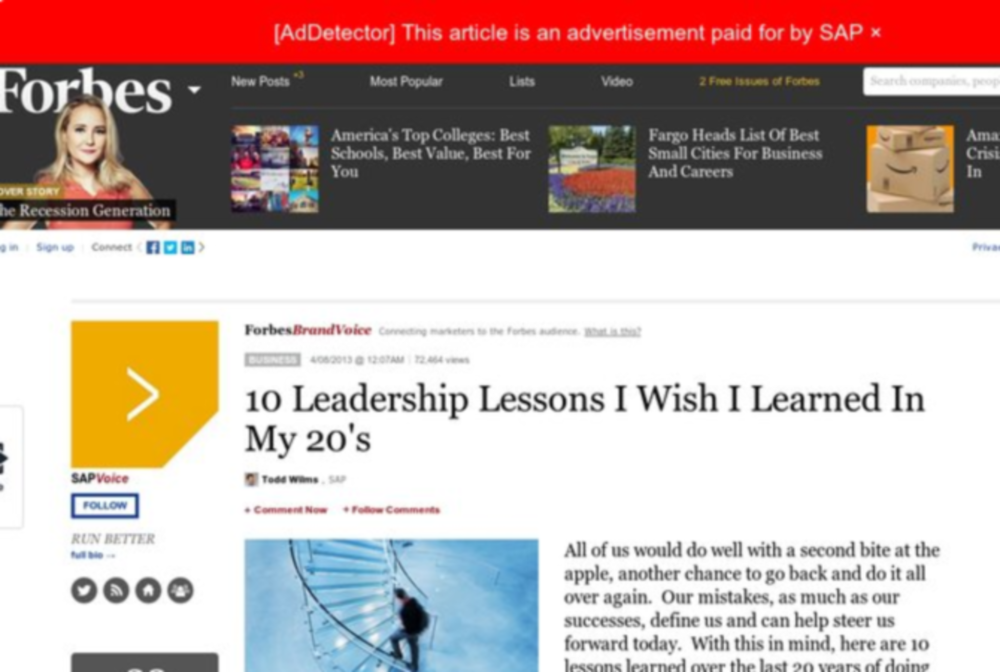 Cohorts Clears the Air On Clustering

To help further the cause of getting truth to readers of DM News, please be advised that the…