Pulling information from its proprietary database, the maker of engines for highway trucks is using a promotional Internet-based extranet — a password-protected system for field representatives. The extranet is designed to boost Caterpillar’s one-to-one communications with customers and prospects.

“Use of the Internet-based extranet will, we hope, allow us to provide our various salespeople with the names of those customers and potentials most likely to buy our engines,” said David Semlow, marketing manager for truck engines at Caterpillar, Mossville, IL, just outside Peoria.

Caterpillar’s traditional focus is the smaller, 25-vehicles-and-under market, where it gained 4,000 new fleet customers in the past three years. It is now No. 1 in that segment, leading rivals such as Cummins, Navistar and Detroit Diesel.

But now it wants to target fleets with 100 vehicles and more, particularly companies such as Schneider, J.B. Hunt, Werner and Consolidated Freightways.

Semlow said there are about 200,000 purchasers of heavy-duty and midrange delivery trucks in the United States. But Caterpillar has only so many marketing dollars to get its message across that fleets should install Caterpillar engines in their trucks, he said.

“The challenge was how do we maintain the new leadership position and then further penetrate the large customers, because the way the industry is evolving, the large-load truck carriers are buying up other smaller carriers,” said Frank Weyforth, chairman of Marketing.comm/ICOM, Overland Park, KS, the advertising agency that handles Caterpillar.

“So the big fleets are taking more and more of the business of the new trucks and engines purchased each year,” Weyforth said.

The agency, which has Caterpillar’s truck engine business, has created a promotional extranet based on Caterpillar’s contact management system. Accessed via the site at www.sams1to1.com, sales representatives can extract information while on the road from various communication and relationship-building packages.

“These are custom tailored so that the sales rep can build it right online,” Weyforth said. “The sales rep has some options: He or she can do direct mail, which goes right from the Internet to a digital press; he can do a one-off program to one individual customer; contact that customer so that he can e-mail him; or he can do telesales — all out of the same system.”

So, for instance, once the sales rep has requested a direct mail package through the extranet, this order is sent to the Marketing.comm/ICOM direct marketing support team that works on the Caterpillar account.

The package is mailed in 24 to 48 hours, after which the sales rep can call the customer or prospect to close the sale or follow up.

Orders received are connected to a Caterpillar mainframe computer, where it is downloaded for execution. This way, calls are tracked and details are collected on the number of engines sold with help from the extranet.

Before the new, Web-based extranet, Caterpillar sales reps contacted customers and prospects only via telephone or in person. All written communications, including direct mailers, were sent from Caterpillar headquarters or the advertising agency.

Not that the old system does not work. According to Caterpillar, corporate mailings in 1998 yielded a 24 percent response rate and a 42 percent conversion rate. For 1999, the response was 37 percent, and conversion was up to 45 percent.

“We’re never trying to stand still,” Semlow said. “We’re always open to new ideas and new technology, and we’re trying to make the best of both with this extranet.”

The traditional system, Weyforth added, “will continue because that does a great job of getting the customer to respond the first time. But how do you penetrate that potential customer where you’ve not got a foothold?” That is what led to the creation of the new, Internet-based system.

The Web-based system is used by Caterpillar’s national account managers, who call on fleets of 300-plus trucks, and by truck engine account district managers responsible for fleets with 100 to 300 trucks.

“If the test proves successful, that system will be rolled out to all of the teams, and [there are] about 130 teams which have truck engine managers who work not for Caterpillar corporate but for the Caterpillar dealers,” Weyforth said.

Datastream Group has released the Political Advocate’s List file to the market. The file is comprised of consumers… 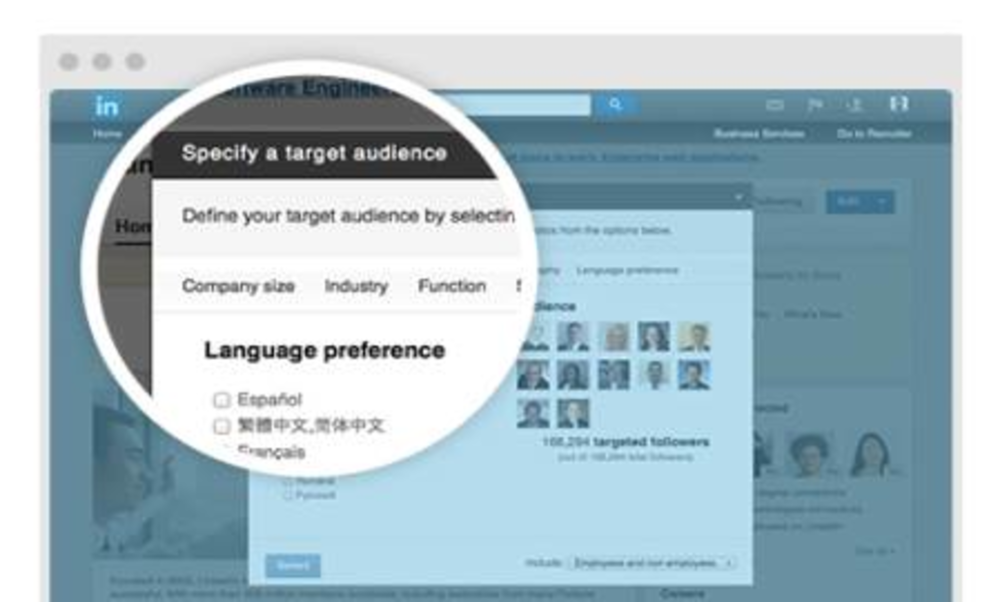 LinkedIn adds targeting by language for its Company Pages

Comfort Site Is No E-Frat Party

Brown-Forman Corp., the maker of Southern Comfort, is hoping the mature content and design of its new Web…