Catalogers every day seem to face new problems that need solving. The U.S. Postal Service is raising rates and making it more expensive to mail catalogs. Congress is threatening new privacy controls. The stock markets tumble among e-commerce and retailers, affecting your company’s valuation. There is always something.

These problems seemingly can cripple or kill a company. But most catalogers have learned to adapt, even though these problems are much larger than a company or an industry.

One major problem that is partly created by catalogers is paper usage, specifically virgin paper usage. The Alliance for Environmental Innovation, Boston, studied paper usage by catalogers in 1999 and estimated that it takes 6.7 billion pounds of paper to print the 16 billion U.S. catalogs annually. If you stacked them on top of one another, every year the stack would soar more than 400 miles high. That is twice as high as the space shuttle travels on a typical flight.

Eventually every catalog gets tossed out, even the ones from which customers actually ordered. The alliance study estimated that this catalog waste was equivalent to what 1.7 million households generate every year. This is equivalent to all the solid waste for the entire city of Los Angeles every year.

This is only part of the problem. Manufacturing the paper to print these catalogs requires energy, creates air and water pollutants and generates greenhouse gases.

Want some more comparisons? The energy needed to manufacture the paper is the same amount needed to supply all the residential use for more than 1 million households. The air pollutants alone are equal to what electrical utilities generate to supply the needs of more than 1.1 million households. The greenhouse gases generated are equivalent to the amount created by 17.68 trillion miles of car driving in a year.

No matter what your concern – overflowing garbage dumps, global warming or waste in generating energy – you cannot ignore that continuing to print catalogs in the usual manner is not good for the planet.

Before anyone gets confused, I am not proposing to stop catalog printing. Catalogs have a vital role and function in our economy. In fact, if you include catalogs for products such as automobiles and home appliances, catalogs are probably instrumental in a quarter or more of all the country’s economic activity.

So if catalogs are critical to the economy, what can be done to reduce their polluting effects? One step would be to use paper containing post-consumer fiber. Including only 10 percent post-consumer fiber has an enormous impact. Solid waste alone would be reduced by 4.8 percent from that of virgin paper. All the other polluting effects would be reduced as well. For instance, greenhouse gases would come down 3.7 percent, a significant contribution to reducing the warming of the planet.

There is always a rationalization of why it is not practical to use recycled paper. The No. 1 fear is that sales would suffer, and with the current economy this is surely the wrong time to test this concept. Another fear is the claim that recycled paper would not print as well as virgin and, therefore, would drive up print manufacturing costs. There is also the belief that the reproduction of photography would not be as good and, therefore, sales would suffer.

Though these arguments have become almost gospel to many catalogers, they either are untrue – such as the poor manufacturing ability of recycled paper – or are a carry-over from years ago.

Today, paper mills can manufacture recycled paper that both runs as well as virgin and has equivalent brightness and opacity to provide the most critical creative directors with the reproduction they desire at equal pricing.

There is no question that catalogers should test the effect of recycled paper before using it exclusively. Moreover, a test of this magnitude should be conducted over a sufficient period, such as a year, to gauge its effect.

But if no one is willing to take the first step, it will never get done. It is impossible for the mills and printers to be the leaders in this issue. It has to come from their customers – the catalogers. And you must be willing to advertise your use of recycled paper to recipients of your catalog.

Every cataloger and direct marketer should get a copy of “Greener Catalogs” from The Alliance for Environmental Innovation. This article only skims the surface of the information contained in the alliance’s report and why you should act now.

After you read the report, if you are still not concerned about doing your part to help the planet, here is another thought to ponder.

In 1977, at the Direct Marketing Association’s annual conference in Mexico City, one of the speakers was Buckminster Fuller, the philosopher, mathematician, architect and inventor who, at the time, was one of the world’s great geniuses.

One of his strengths was his ability to make complex concepts simple. Fuller’s impassioned plea even in 1977 was to save the planet from what he saw as its destruction by mankind. To illustrate this destruction, he discussed how little water we have, something that all living things need to survive.

Fuller realized that though the audience was probably aware that three-quarters of the planet’s surface is covered with water, his listeners did not understand that this was nothing in relation to the planet as a whole.

Therefore, he used a much more powerful illustration. He said that if you took a cold steel ball that is 6 feet in diameter, leaned close to it and exhaled on it, the thickness, or depth, of your breath’s condensation on the ball would be greater than the depth of the ocean at its deepest point in relationship to the planet. That point is the Mariana Trench, and it is more than 5 miles deep.

It was then that I realized we cannot just go on leaving our problems and messes for the next generation.

It is the duty of us all to start doing now what we can to save the planet for the future. The first step for catalogers is using recycled paper rather than all virgin paper. Next month I will discuss other steps we can take to be better environmental citizens. 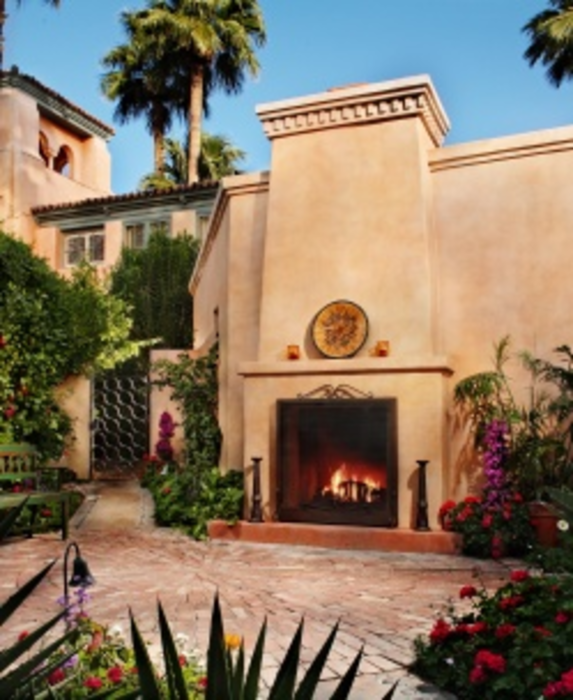