Cox Target Media on yesterday said its Carol Wright cooperative direct mail program has begun testing the display of advertisers’ brands on the front of its envelopes.

Some envelopes mailed in Cincinnati and in some New York markets featured the Ringling Bros. Circus logo, Web site address and the message “Don’t miss The Greatest Show On Earth” on the front, where Carol Wright usually contains no other advertising. Other envelopes used a see-through “billboard” window on the front of the envelope that displayed a Ringling Bros. coupon underneath, an advertising tactic Carol Wright only recently has been using.

The Ringling Bros. coupon offers a 20-percent discount on tickets and includes an invitation to a pre-show event allowing attendees to interact with human and animal performers. It is the first time the circus has advertised in the co-op.

The Largo, FL, cooperative mailer will charge a premium for the positioning, according to Hollis Thornton, marketing manager at Carol Wright, although she said the pricing for Ringling Bros. was adjusted for the fact that the program is a test. She declined to comment on any of its plans for further testing of the program.

Carol Wright, which targets middle- to upper-income consumers, also said it was moving aggressively” toward recruiting more leisure and entertainment companies as advertisers.

To defend its turf against encroaching banking competition, 106-year-old Banco Popular de Puerto Rico will roll out a… 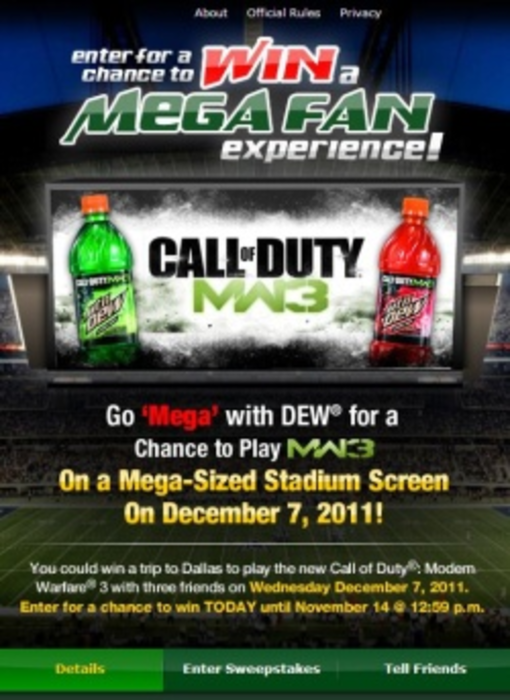 Mountain Dew launched a Facebook sweepstakes on Nov. 7 to promote its partnership with Activision‘s “Call of Duty:…

U.S. and European Union negotiators said this week that they have more work to do to avert a…