British Airways is focus­ing on the customer experience with the June 19 launch of its OpenSkies subsidiary. The car­rier, which offers flights from New York to Paris, is seeking to treat each of its flyers to a luxury expe­rience and allow British Airways to take advantage of a US-EU Open Skies treaty that liberalizes the cross-Atlantic flight market.

By the end of 2009, OpenSkies plans to operate six aircraft on non-stop flights from Europe to New York.

British Airways’ Executive Club loyalty program will be extended to OpenSkies fliers. OpenSkies passengers are being offered mem­bership to the Executive Club, which allows users collect points for flying, using a British Airways credit card, staying in selected hotels, renting a car from part­ner businesses or shopping with British Airways retail partners. Points can be earned and used interchangeably between British Airways and OpenSkies. The airline is reaching out to existing Executive Club members as a key demographic in its direct market­ing efforts.

To build up its own customer database, OpenSkies is tracking requests to its concierge service, which is offered to all three cabin classes, branded Biz, Prem+, and Economy. The concierge assists in finding hotels, transportation, tours and event tickets, and this infor­mation will be used to customize future incentives to travel.

Key markets for OpenSkies include small and midsize enterprises, due in part to the carrier’s three-tier pricing structure for its cabin classes. Destinations will also play a role in determining passenger types. Open­Skies operates in Paris and New York with plans to expand to Milan, Amsterdam and Brussels — DiLeo expects a number of busi­ness fliers from the fashion, beauty, culi­nary and financial services industries.

In addition to the existing Executive Club fliers, the airline is reaching out to select travel blogs with its own closed user groups offering special deals for those communi­ties. OpenSkies is also targeting the sub­scribers of gourmet magazines and other high-end leisure lists.

OpenSkies signed Taxi New York as its creative agency in April of this year. The agency is responsible for all creative and branding, as well as the launch campaign.

“On the creative side, we chose not to use the guerilla antics that are popular with launches because we wanted to be tasteful and were more interested in doing things right and in a timely manner,” DiLeo said. “We did some fun things in Paris, [such as wrapping] a couple hundred taxis with ads for the launch.”

Web Liquid was tapped for digital mar­keting in May. Plans for Web Liquid, which is working in conjunction with Taxi, include social media and online videos at www.flyopenskies.com.

“Our selection process for hiring a digital and creative agency included a number of different providers, including British Air­ways’ agency [BBH],” DiLeo added. “What we saw from Web Liquid and Taxi was that they completely understood that we were trying to do something different from what our parent lineage had done in the past.”

DiLeo pointed out, though, that the OpenSkies team continues to work closely with British Airways to avoid saturating the market.

OpenSkies leverages British Airways’ tech­nology and economies of scale, but oper­ates independently from its parent. DiLeo likened the approach to an incubator or a lab, saying that if an OpenSkies idea finds great traction in the market, it will probably be adopted by British Airways at large. He credits the backing of British Airways for protecting OpenSkies from the pitfalls com­mon among startup airlines.

“For other premium airlines, there’s plenty of appeal in the marketplace, the problem is costs,” he said. “We’re operat­ing from a much better cost base because of British Airways. British Airways is in it for the long haul, whereas so many other start-ups have to worry about pleasing private equity investors, who are only looking at short-term.”

In another departure from traditional budgeting, “every single person who works for OpenSkies has a customer satisfaction rating built into their performance evalua­tions,” DiLeo explained, emphasizing the commitment to customer service.

“British Airways will be measuring how well we’re performing financially of course, but it will also measure customer service evaluations,” he continued. “All the selection that went into hiring and all the criteria built into performance evaluations had to do with creating that ‘wow’ factor for customer satisfaction.”

OpenSkies team built its product portfo­lio around a map of customer frustration points throughout the travel process from booking through return flight.

Because of this, the airline boasts lie-flat seats in its Biz class, more legroom in Economy, a maximum of 30 passengers in each class’ cabin, personal entertainment units with more than 50 hours of program­ming, and an extensive wine list. 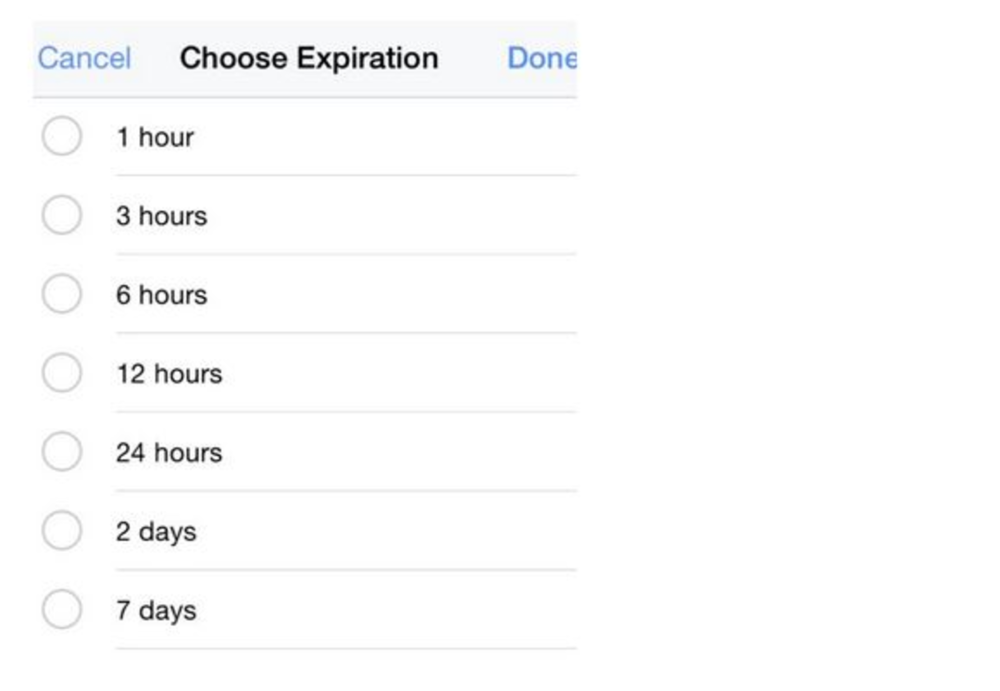 After failing to buy Snapchat, Facebook is experimenting with making its own posts disappear

In Silicon Valley, the adage works a little different. Over here. its “if you can’t buy ’em, beat…

The Magazine Publishers of America said 105 new magazines were published in the first quarter of 2007. They…