Brands are not cutting back on marketing despite the continued economic malaise, but they are demanding more accountability, according to a survey from research firm Forbes Insights and MarketShare Partners, an analytics company.

Three-quarters of marketing executives expect their budgets to stay level or rise during the 2010-2011 fiscal year, but many say they are being pushed to increase their systems for measuring return on investment. Most marketers said their needs are changing mostly due to the desire to stay competitive (65%), the economic climate (55%) and internal financial pressures (52%), according to the survey.

“There has been a hunger” for more measurement and analysis, said Jon Vein, cofounder and CEO of MarketShare Partners.

The call for accountability increases as budgets go up, according to the study. While 40% of all marketing executives report one driving issue is senior executives’ demands to justify marketing spending, that’s a bigger concern at companies with marketing budgets more than $1 million (56%) than at companies with smaller budgets (23%).

Despite the focus on metrics, the report found a gap between expectations and practice. While 75% of executives said their marketing initiatives begin with a set goal, only 56% said they had formal procedures in place to measure their effectiveness and ensure accountability at the end, according to the survey of 103 executives.

Huddle247.com plans to roll out an e-mail campaign to promote its expected launch today. The site, which allows… 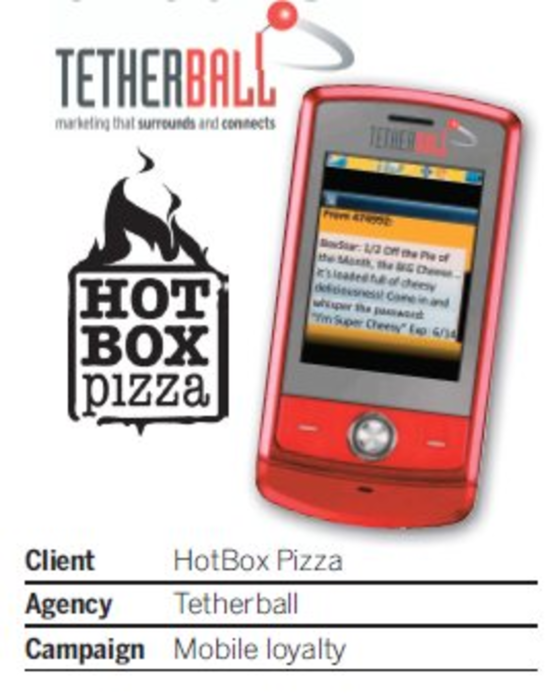 Indiana-based HotBox Pizza has found the second time the charm for its mobile loyalty and rewards program. After…

Conceptually, marketing is a simple discipline. Define user needs on one axis, product attributes on the other and…