Often during conversations at our agency, you will overhear somebody say, “He’s a duck,” or, “She’s a chicken.” What we are really saying is, “He’s a direct marketer,” or, “She’s a brand marketer.” But duck and chicken define everything so much better.

You see, a duck will always be a duck: think like a duck, hang out with other ducks and know all the duck words. But sometimes a duck sees all the chickens up in the barnyard having a great time, partying their brains out and getting all the big accounts … and he wishes he were a chicken. So he goes over to the barnyard and says, “Hey, I want to be a chicken, too.” And the chickens say, “Sure, come on into the chicken coop, always room for another chicken!”

But no matter how hard the duck tries to be a chicken, he keeps asking duck questions, such as, “How do we know if this campaign is successful?” and, “What’s the ROI on this program going to be?” And this really upsets the chickens! Eventually the duck ends up back at the pond, or he learns not to ask duck questions, especially in front of the chickens’ clients (which will get the duck thrown out of the chicken coop). There’s nothing so sad as a duck trying to be a chicken.

Can a Duck Work for Chickens?

Sometimes the chickens realize they need a duck. Their client is starting to use words such as “relationship marketing” and “database.” The client is starting to realize that maybe he should go down to the pond and talk to the ducks. So the chickens run out and recruit a duck to come into the chicken coop and meet with the client. The duck says all the right words, such as “ROI” and “response curve,” and the client is happy he is going to get some duck advertising. But once the chickens get back to the coop, they tell the duck to shut up and stay out of the way while they produce more chicken advertising. It’s sad to be a duck working for chickens.

Duck advertising is growing by leaps and bounds. More clients are demanding accountable advertising, and this has put tremendous pressure on chicken advertisers. In response to these demands, the past 10 years have seen an explosion of chicken coops acquiring duck ponds. This can work when the ducks are left alone, but usually it leads to pond deterioration as the chickens try to turn the pond into a chicken coop. The worst thing I have seen happen, because of the increase in demand for duck advertising, is “the chicken in duck clothing.”

The Chicken in Duck Clothing

Here’s how it happens. The chicken’s client keeps hearing about duck advertising. He reads about testing and database marketing, customer relationships and targeting, but he really does not understand it. So he goes to his chicken agency and says he wants to implement a duck advertising campaign. The chickens freak out, because this means the client wants readable results; he wants a projectable return on investment!

The chickens are not going to lose this account to a bunch of dirty ducks, so they make their move. They grab one of their chickens who has been displaying duck tendencies, and they dress him up like a duck. They have him read a copy of Seth Godin’s “Permission Marketing” or Stan Rapp’s “Maxi Marketing” and trot him out in front of the client.

About a year later, after several million dollars of ad budget have been pissed away, the client realizes that the chickens have pulled a fast one on him, and he calls in a team of real ducks.

Occasionally I run into a duck that was raised by chickens. I usually spot them during a job interview with our agency. Something seems to be missing from their lives. They are searching but don’t know for what. Even though they were trained in chicken advertising techniques, they feel frustrated and unfulfilled. I remember interviewing a bright young woman several years ago. She was displaying all the signs of a repressed duck and had worked in two large New York chicken coops over the past five years. As we talked, I reached across the table and took her hand in mine. “There’s something you should know,” I said gently. “You’re a duck.” A tear began to roll down her cheek as the truth ran through her. “I’m a duck!” she said. “I’m a duck!” And all the other ducks gathered around and welcomed her to the duck pond.

Do people really read privacy notices on the Internet? Given all the importance that privacy laws, regulators, advocates… 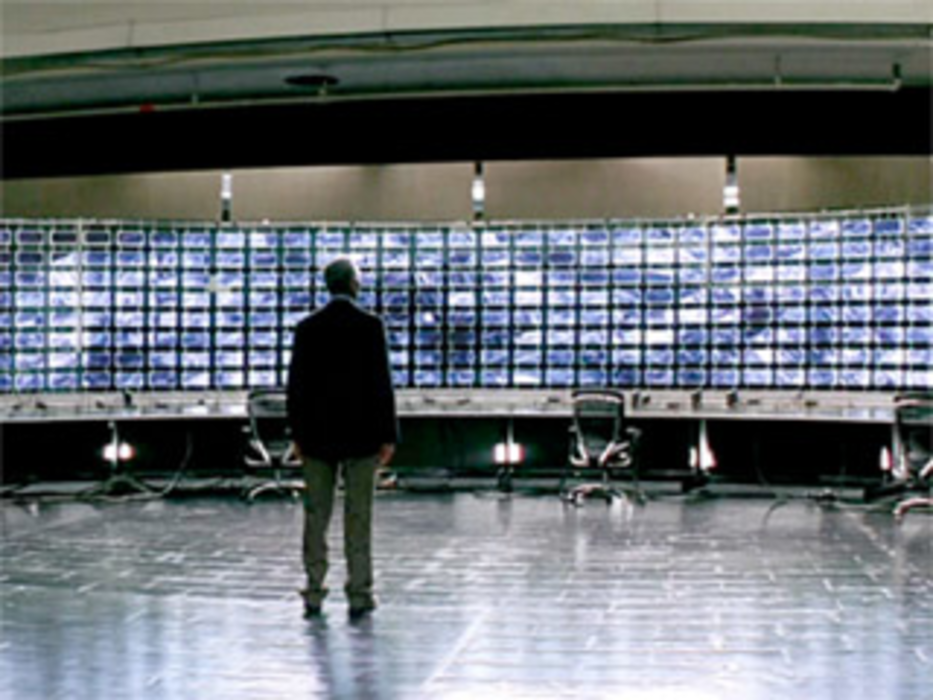 CMOs dream of creating omnichannel marketing paradises, but their failure to harness the intelligence of Big Data is…