After DoubleClick Sale, It's Business as Usual for Data Division

It's expected to be business as usual in the data division of DoubleClick Inc. once the company's acquisition by a private equity firm is complete, according to an executive there.

DoubleClick said this week that it will be acquired for $1.1 billion by Hellman & Friedman, San Francisco. JMI Equity, San Diego, a venture capital firm, also will invest in the company, but that amount was not disclosed. The deal is subject to shareholder and Securities and Exchange Commission approval, but is expected to close in the third quarter. Upon completion of the buy, DoubleClick CEO Kevin Ryan will leave the company, and the technology and data solutions divisions will have separate CEOs: David Rosenblatt on the technology side and Brian Rainey on the data side.

Rainey, a 13-year veteran of Abacus, will oversee the data division for the United States, Europe and Asia. This includes the Abacus Alliance consumer and business cooperative databases and the data management operation, which does traditional service bureau work such as building and managing customer marketing databases, list processing and list hygiene.

The Abacus Alliance cooperative database launched in 1990 and remains the industry's largest with 1,550 business-to-consumer participants in the U.S. B2C Alliance, while the Abacus B2B Alliance has 2,400 participants globally. DoubleClick acquired Abacus in a $1 billion all-stock deal in 1999.

“We've obviously been working on this since our announcement last November,” Chris McDonald, executive vice president and general manager for the U.S. data division of DoubleClick, told DM News.

In November, DoubleClick said that to achieve greater shareholder value it had retained Lazard Frères & Co. to explore its options. Among options cited were a sale of part or all of its businesses, recapitalization, extraordinary dividend, share repurchase or a spinoff.

“Our business has been poked and prodded by about everybody with an interest, and it's been really good to have that level of scrutiny because it really forces you to think through your strategy and what you're doing,” McDonald said.

Though DoubleClick invested heavily in the data division by getting into data management, launching co-ops around the globe and improving modeling technology, McDonald said the focus would be better with Rainey at the helm. He also said Hellman & Friedman has a lot of experience in marketing services companies, having been investors in Digitas and Young & Rubicam.

No significant short-term plans exist except closing the deal. Clients received a letter from Rainey explaining the acquisition and saying business would go on as usual, McDonald said.

“Taking some steps to restructure is definitely a good move, and taking DoubleClick out of the public eye for a little bit gives us an opportunity to focus more on the execution and growth of the business and what the best long-term structure is,” he said.

Regarding speculation about any subsequent sale of DoubleClick business units, McDonald said, “Anything is possible, I guess.”

DoubleClick had seen its top position in the Internet advertising market drop as more businesses use keyword search ads to sell products online. The company's stock once traded at more than $130 per share but fell on hard times after the Internet bubble burst five years ago, and the firm reported steep losses for three years.

However, sales rose 11 percent last year with the help of the Abacus division and several acquisitions. The company reported a first-quarter loss of $917,000 because of fees associated with its review of strategic options.

Though DoubleClick has not said how the acquisition will affect employees, company spokeswoman Jenny Connorton said certain functions “may require restructuring.” However, she added, “Prior to the close of the deal, we do not anticipate any significant restructuring at this time.” 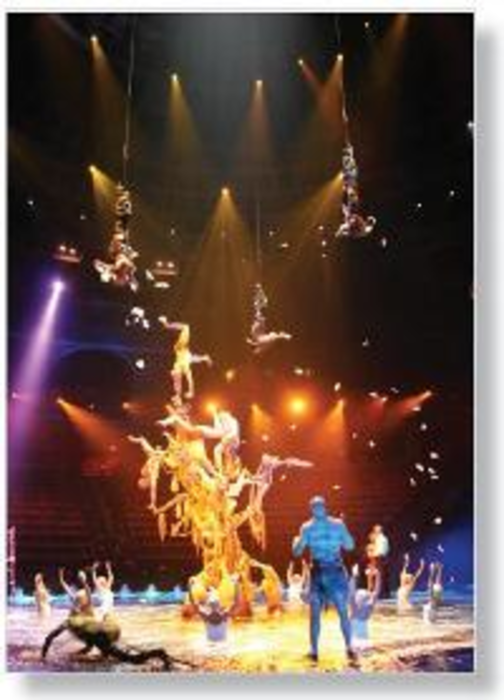 Vegas.com bets on its experts