7 Ways to Liven Up Your Branding

It’s hard not to take marketing seriously—especially if you’re a brand with a reputation to uphold. As a consequence, some brands choose to play it safe, often using more traditional approaches to their communications, even within digital channels. Others, like South Park Studios, allow their brand personalities to shine through in the most unexpected ways, creating memorable experiences, and adding depth to the brand.

Here are seven often-overlooked places that brands can take add character into their marketing:

Unsubscribe pages. Most unsubscribe pages simply inform the customers that they no longer belong to a particular mailing list. Not so with HubSpot. “Unsubscribes typically mirror a breakup: they are highly unlovable, often awkward, and can be really frustrating for all parties involved,” says HubSpot CMO Mike Volpe. “We decided to double down on the breakup concept and leverage Dan Sally, a HubSpot employee who happens to moonlight as a stand-up comedian, to work on camera trying to make sense of the ‘breakup.’ The result is a short, funny video that aims to leave the prospect or customer with a positive, lovable impression of HubSpot even if they no longer want to receive our emails.”

Holding pages. “Every interaction with your customer should be treated as an opportunity to engage, says Jen Tucker, strategy director at Deepend. “Never let a customer see you not at your best.” Take for example, a holding page for Artbank.

Print ads. TV network “TLC brings TV right to your nose in an innovative and [somewhat] disturbing way,” says Sarah Pritts, public relations and social media strategist at LEAP. “The advertising industry has responded to mass commoditization by turning up the volume [and] the sheer noise in the marketplace is starting to produce negative returns for brands. So, when TLC proposed a scratch-and-sniff mailer, distributed through People and US Weekly, that allowed viewers to smell the appropriate scent when prompted during the season premier of Honey Boo Boo, it was exactly the type of disruption the brand needed. Albeit…pretty gross.”

404 error page. “It’s true, even web programmers are human,” Tran quips. “And thus, with humanity comes the occasional error in the form of a broken or dead web link. If that happens on your watch, go ahead and laugh at your mistake and deliver a memorable 404 page. Even an error page is a touchpoint for your brand to express its personality. Ensure a fun connection like South Park Studios, which rotates a variety of hilarity on its broken web page alert. Hit refresh repeatedly.” Here are some more examples from Uniqlo, Rareview, and Huwshimi.

Language options. “Be whimsical, use every opportunity to do small things across your digital platforms to show your customers your personality,” Tucker says. One example is Innocent Drinks: Clicking on the Australian flag in the language options at the bottom of the page flips the website upside down. It’s “a really cute hidden play on the land down under,” she says.

How-to tutorials. Lowe’s provides users with helpful tips on managing their DIY projects on its website, but instead of using verbose step-by-step guides, the brand introduced six-second videos on Vine. “By giving tips on everything from wrapping a rubber band around pliers if you need an extra hand to hold the pliers in place; to using a rubber band to get a stripped screw out of a wall, they are giving their audience what they want in a new and innovative way,” Pritts says. Thinking of finally hanging those pictures on the wall? There’s an awesome hack involving a Post-It among the 33 videos under #lowesfixinsix.

Fundraising. To retain its impartiality and independence, Wikipedia turns down funding from governments or corporations and is funded entirely by user donations. “While most organizations will opt to [launch]…creative advertising campaigns, smartphone apps, and the like to generate donations, Wikipedia chooses to put a small heartfelt letter to their readers at the top of their website once a year,” Tucker says, adding that to thank users for their generosity, Wikipedia sends them “an emotional and inspiring letter…from the Executive Director, [which] makes the entire process from start to finish seamless and positive.”

Scanning the New York Times for blog ideas today, I came across this article on an increasingly popular… 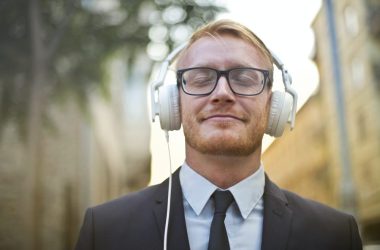 Although it’s true that we really don’t know for sure what to expect, here are three content marketing…