Chicago-based publisher 22nd Century Media has partnered with start-up Zumbox to deliver digital editions of its local weekly newspapers. The move is expected to reduce costs and environmental impact for the pub­lisher, boost readership and make ad buys more attractive.

Zumbox uses “digital mailboxes,” based on consumers’ real street addresses, to electronically deliver local material such as newspapers and community announce­ments. The company will deliver 22nd Cen­tury Media’s six “hyper-local” weeklies, with a combined circulation of 100,000, to every home and business that currently receives the paper edition. Digital editions will replicate all content and ads and will have a page-turning feature to feel more like the traditional version.

“The environmental savings are huge,” said Jack Ryan, proprietor of 22nd Century Media. “Every news company right now is challenged by the economic environment, so if we can deliver the same news content electronically, and a big percent of our cost is printing and mailing — think of the cost savings. There’s also user convenience because people can read their local paper from anywhere.”

The 22nd Century rollout in the Chicago area is a test run for Zumbox, which also is in discussions with other publishers for similar programs. The company plans to partner with newspapers, magazines and even publishers of video content.

“With the unfortunate distress that is going on with publishers at the moment, now there’s a chance to use those skill sets and maintain their distribution via Zum­box,” said Glen Ward, Zumbox president. “We all think there’s still a desire for news­papers, or at least newspaper content, so we can facilitate that.”

The partnership, which offers readers the option of receiving just the digital edi­tion, is expected to reduce 22nd Century’s printing and mailing costs. It’s also expected to improve ad sales, because digital ads can be made more interactive and link to advertisers’ sites. Advertisers in Zumbox editions of the papers also will be able to track click-through rates and rotate their ads in real time.

Since the Zumbox edition of 22nd Cen­tury’s New Lenox Patriot launched late last week, more than 300 people in the area have signed up for Zumbox. The publisher’s other newspapers will roll out on Zumbox in the coming weeks.

Digital editions have grown in popular­ity over the past few years, as publishers seek ways to cut costs and better engage online audiences. Coverleaf and iMags, both digital distributors of major titles such as Elle and Better Homes & Gardens, launched in 2008. l 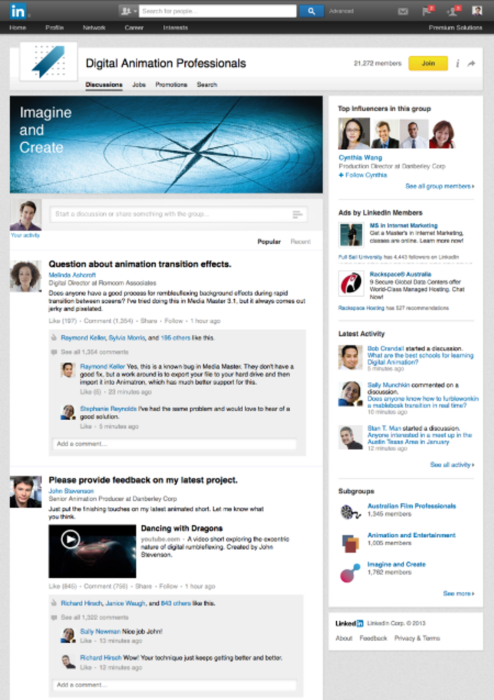 LinkedIn Groups get a new look

7 Ways to Beat Your Control