With revenue down, NYT looks to decrease staff

The New York Times Company released its first quarter 2008 results on April 17, reporting that total revenues had dropped to $747.9 million — a 4.9% decrease from the $786 million reported in the first quarter of last year.

A main reason for the drop is ad revenue, which fell 9.2%. Circulation revenue, on the other hand, were up by nearly 2%, and other revenues increased by 7.2%. Representatives for the company could not be reached for comment.

“Advertising revenues decreased in the quarter as weaker economic conditions compounded the effects of secular change in our business,” explained Janet L. Robinson, president and CEO of New York Times Co., in a statement. “While this is a challenging time for the media industry, we are diligently managing our business for the long term. Continuing our transition into the digital era, online advertising revenues grew 16%, due in part to new offerings and ad formats.”

Revenue for the News Media Group dropped 5.7% to $719.7 million, again, mainly due to lower ad revenue, which dropped 10.6% for the group. The 2% increase in circulation revenue has been attributed to higher home delivery and newsstand prices; the New York Times raised its prices in the third quarter of 2007, and the Boston Globe followed suit in February.

In a cost-cutting attempt about six weeks ago, the Times offered voluntary buyouts to newsroom employees, but new reports predict that the paper may resort to layoffs in the near future. Monday is the deadline for accepting buyouts, and not enough employees have yet volunteered. The paper is trying to cut about 100 jobs from its payroll.

“While layoffs have become all too common across our industry, this is the first time the newsroom as a whole has confronted that blunt reality, and we approach it with a heavy heart,” read a memo from Bill Schmidt, assistant managing editor of the Times. “Even as people and jobs go away, the reductions will have a continuing impact across the newsroom, as we regroup and reorganize departments and even juggle some assignments to ensure we are able to continue to produce the kind of quality journalism that is our hallmark.”

Traditional advertisers will embrace multichannel online marketing and will spend $63 billion on it annually by 2005, according… 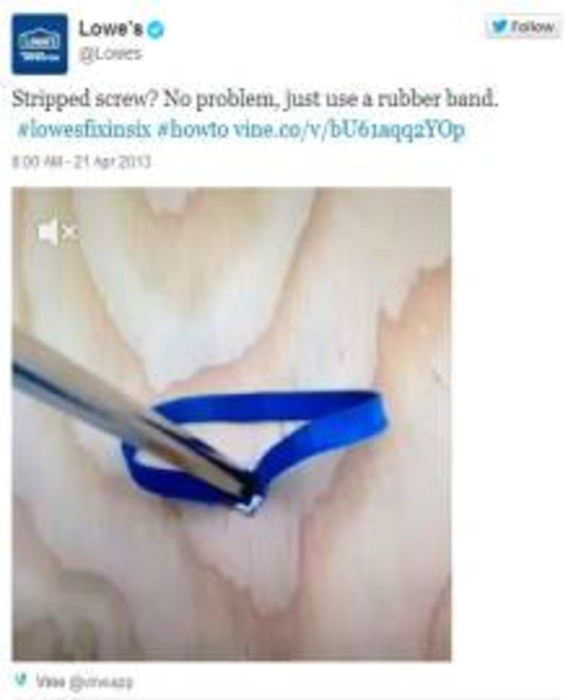 Lowe’s is crowdsourcing Vine ideas for its #FixInSix campaign

As one of the first brands to use Vine as a marketing platform, Lowe’s received plenty of praise…

Unlike real estate, which pundits predict is moving to a buyer’s market, consolidation in the paper industry has…