Coming off a fourth quarter and fiscal year with double-digit revenue declines, Williams-Sonoma Inc. is promising a greater focus on value and further catalog circulation reductions in 2009.

The company, whose brands include Pottery Barn, West Elm and Williams-Sonoma, said net revenues in the fourth quarter ended February 3 decreased 26.7% for a total of $1.008 billion. For the fiscal year ended February 3, company net revenues dropped 14.8% for a total of $3.361 billion. The company is focused on several initiatives this year to improve its competitive positioning.

“We continue to shift ad dollars from catalog to e-commerce,” said Howard Lester, chairman and CEO of Williams-Sonoma, in a conference call with analysts last week, noting that e-commerce is the company’s most profitable channel.

The company also initiated a catalog circulation optimization strategy last year that reduced circulation rates up to 28%. It plans additional circulation cuts of 19% to 21% this year.

“[Among] retailers in general, there is a significant shift in customer behavior away from catalog marketing,” said Kevin Hillstrom, president of MineThatData, in an e-mail to DMNews. “Retailers are finding that there are segments of customers, predominantly urban/suburban customers age 35 to 50, who prefer the retail channel” even if they are multichannel customers.

“The demand is organic, it is not generated by advertising,” explained Hillstrom. “So retailers across the board are cutting back on catalog circulation to this audience, saving a bunch of money and not giving up a whole lot of sales.”

Williams-Sonoma also is placing a greater emphasis on “value” in its marketing and merchandising. Pottery Barn opening price points have been reduced, with more promotions planned. It also is boosting its marketing efforts on its private label credit card offering for several brands, with greater rewards.

Same-store sales down at Sears, up at Staples 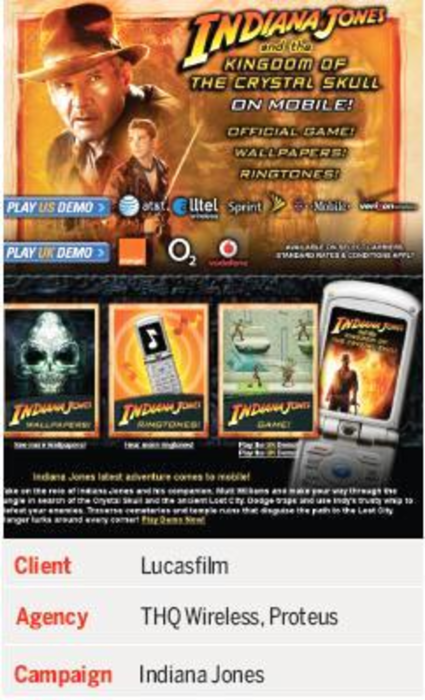 Indiana Jones is back and Lucasfilm is using mobile marketing to get the word out. In conjunction with…

One challenge facing multichannel organizations is an understanding of the profitability of merchandise and services offered online. Merchandise…