The remote-sales-tax collection issue — whether catalogers or online marketers should collect sales taxes for states in which they have no physical presence — has been brewing for more than 12 years.

That use-tax issue often gets tangled with the politicking surrounding the Internet access tax moratorium. In place since 1998, this ban expired in November. State officials and others now hope to tie this moratorium to the use-tax issue.

Congress has not reimposed this moratorium, though that seems imminent. The Senate recently passed a bill extending it for four more years. Wientzen suspects this bill will go to President Bush even though the House of Representatives passed a bill to make the moratorium permanent, something Bush favors.

“Regardless of the final outcome, the Internet access tax moratorium is a side issue for us,” Wientzen said. “The 'main-event' issue for us is the collection of sales taxes from out-of-state catalog and online sellers.”

A few senators have asked the Senate Finance Committee to hold a hearing on the states' Streamlined Sales Tax Agreement proposal. This agreement calls for mandatory tax collection regardless of presence in a state, under a simplified plan of procedures and definitions.

“Folks, let me tell you: There is nothing simplified about this plan in its current form,” Wientzen said. “While we think the committee could hold a hearing on this streamlined agreement in the next couple of months, fortunately we do not expect Congress or the [Bush] administration to address this issue in this election year. Regardless of what happens, the DMA will continue to fight the fight.”

He discussed postal rates and reform as other issues for catalogers. Even with the Internet, marketers still need a reliable, universal way to deliver hardcopy marketing materials and parcels.

“The good news is that the postal service will hold off on increasing rates until sometime in calendar year 2006,” Wientzen said. “We expect the next hike to range from the high single digits to the mid-teens, depending on the number of current trends and political maneuverings. Certainly, mail volume, which has been deteriorating — I mean, going south, big time — will impact the 2006 rate hike since less volume ultimately means less revenue, which will mean higher rates, given what goes on in the post office now.”

The ongoing political debate over last year's fix of the U.S. Postal Service overpayment of its pension obligations also will affect the next rate case. One provision requires the USPS to continue collecting the full amount it would have paid into the retirement fund. Starting in 2006, the savings, about $3 billion, goes into an escrow account.

“Although those funds, which they're going to keep getting from you, will be collected via your postal rates, the money would be sequestered for federal budgetary purposes rather than for postal service purposes,” Wientzen said. “We don't think that's right. We don't think you believe that's right.”

Another provision from last year's CSRS law that could affect catalogers' postal budget involves the retirement costs relating to postal employees' military service. Wientzen noted that the USPS is required to cover these military-related costs for its employees.

Another issue, not often discussed at direct marketing shows, is the effect of the catalog business on the environment. The DMA in the past decade worked to address perceptions about catalogers and the environment while urging the industry to follow more environmentally friendly practices. This worked for a while, and the issue went away by the late 1990s.

“Well, it's back,” Wientzen said. “In particular, environmentalists and interested consumers — and there are lots of them — are focusing on catalogers' environmental practices, including their potential impact on endangered forests and your usage of post-consumer recycled paper, packaging and packing material.”

He suggested that catalogers assess the environmental impact of their operations. They need to focus on the source of the paper used, preferably from certified, well-sustained forests. The use of more recycled paper, not just in order forms and blow-in cards, must be encouraged.

“This, ultimately, I believe, would benefit our industry,” Wientzen said, “because the fact of the matter is, the demand for recycled paper is outpacing its supply. In other words, if people recycle more paper, then all paper-using industries, including catalogers, will have more post-consumer recycled paper.”

Pat Corpora, president/CEO of the nation's largest continuity marketer of hosiery products, is working hard to pull the… 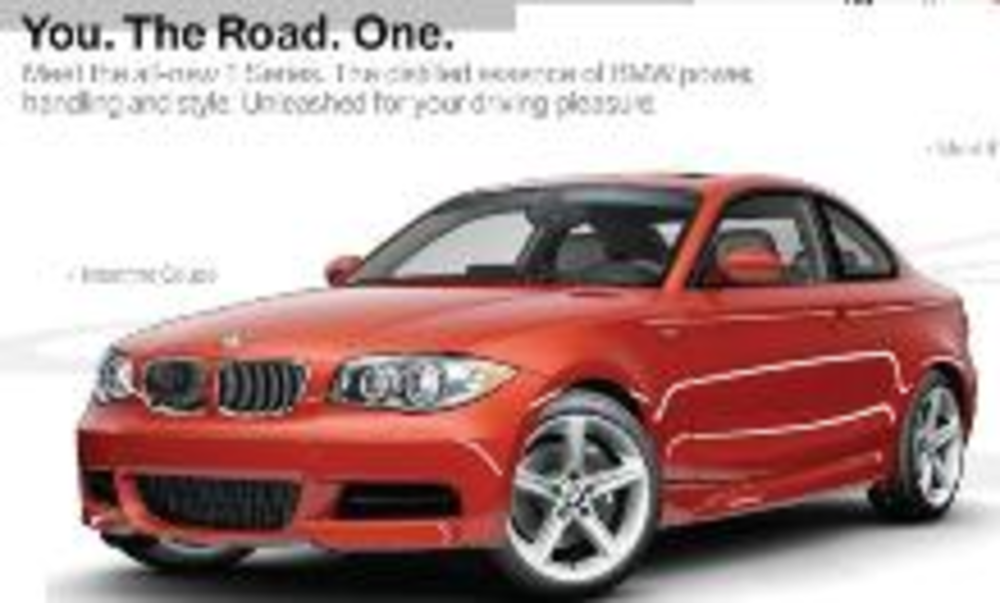 BMW of North America is targeting the power lunch crowd with the new BMW X6 campaign. A 3-D…