When Dimitri Maex graduated from the University of Antwerp in the mid-1990s with a degree in quantitative economics, he was one of only four in the class. But the discipline, which applies statistics and econometrics to marketing decisions, is one that is likely to gain in popularity as the era of Big Data proceeds.

His focus on data worked out well for the Belgian native, who joined Ogilvy One in Brussels in 1998 and now runs Ogilvy & Mather‘s digital direct unit out of New York as managing director. Maex’s belief that marketers should start by asking simple questions when contemplating how to harness the power of analytics inspired him to write Sexy Little Numbers: How to Grow Your Business Using the Data You Already Have.

We visited him recently at Ogilvy’s massive Chocolate Factory headquarters in New York to see if we could coax a few juicy details from him.

Maex: A lot of people are afraid of data and analytics. I wanted the book to be accessible to non-technical people. I wrote it in such a way that my father-in-law, a butcher in England, could understand it and benefit from it.

Methods of analytics have changed greatly since you started in the 1990s. Are marketers panicked that they can’t keep up with the pace of it?

I see a lot of the “deer in the headlights” looks. But a lot of the principles we used in the nineties are the same that we use today. What’s different is the volume of data. There’s a lot of text data instead of numerical data. And then there’s the processing power. You can take a brute force approach to data mining. Instead of an army of statisticians, you get a lot more machines and a couple of people who know the Big Data techniques.

Is that the main impetus behind the push for CMOs and CIOs to collaborate?

Gartner says that by 2017 the CMO will outspend the CIO in technology purchases. It’s going to force them to collaborate. The next thing you’ll see is the [growth] of the chief customer officer, somebody who really owns the customer experience. I think you will see a lot more people who know analytics as well as marketing.

Are universities reacting to the need?

There are courses on data mining, but there’s not yet enough demand for them to take it further.

Demand is an important word in your book. You maintain that what you call demand-side analytics will play a larger role in the management of business.

If you look at any company there is the supply side–making things or providing services–and then there’s the side creating the demand for the things you’re making. The supply-side world is transparent. You put a dollar of investment into the factory and you know what you’re going to get out of it.

It’s fuzzier on the demand side where you’re dealing with the customer. God only knows why consumers buy products. That’s one of the main reasons why marketing has been marginalized by so many corporate boards. Non-marketing executives don’t understand how marketing works, so they don’t invest in it. In his book Marketing and the Bottom Line, Tim Ambler wrote that companies spend 90% of their time on the supply side and only 10% on the demand side. With data we can now dig deeper into how marketing works. It can elevate marketing as a discipline. Boards should not just count the money, but spend time understanding where the money’s coming from.

Who is Garth Hallberg and why should marketers know about him?

We worked together in the nineties in Brussels and he made a great impression on me. He wrote a book called All Consumers Are Not Created Equal that supported the notion of differential marketing and investing differently in different parts of your customer base. It helped spread the whole CRM discussion.

Together, we mined data on thousands of brands and tried to figure out why some consumers were more loyal than others. We wanted to see if we could put a monetary value on emotional loyalty. I was more statistician than Garth was, but Garth was a great storyteller. One of the crafts analysts need today is the ability to tell stories with data.

Numbers are cold and hard, but your book delves deeply into bonding and emotion. Has social media made the emotional link between consumers and brands more pronounced?

That’s part of it, but what’s also happening is that neuroscience is beginning to take hold in marketing. You hear a lot of marketers starting to acknowledge that people don’t make decisions rationally. You’re starting to hear talk about the death of the funnel. Emotions are the first filter people use to process the information they receive. In Marketing in the Era of Accountability, one of main the main findings was that emotional ad campaigns work better. They make more money. I’m a left-brained guy, but I will be the first to vouch for the importance of emotions in communications.

Traditional image advertising versus direct messaging: How will it shake out?

If you define it in terms of media, most media are going to become addressable. In next three years some 40 million people are going to be addressable via TV, receiving messages meant especially for them. Today you can already target individual households via TV in certain regions. It’s exactly the same as an email generated by a past purchase. The traditional direct marketing techniques are going to expand to TV.

I was at a conference recently where a top executive from a big online publisher said that his company was just trying to get to the proficiency level that catalog companies have been at for years.

Yes, it all starts with Aaron Montgomery Ward. One of our clients is Cabelas, and the people there know their profitability per square inch on every catalog page. A lot of that discipline is going to be applicable to a much broader array of the marketing mix.

Visualization. How important will getting it right be for marketers?

Data visualization is very important, but it still has to fulfill its real potential. I think if you look at measurements, dashboards are useful, but they are a means to an end. Pattern recognition–how can you apply visualization to add patterns to data? A lot if it now is about the aesthetics. There are very beautiful visualizations, but what it’s still struggling with is the utility.

I’m a marketer looking to harness Big Data. What’s the first thing you’d tell me to do?

Start with what you want to use the data for. The wrong questions to ask initially are, “What technology do I need to buy?” and “What data do I need to collect?” Instead, ask yourself where you could really use the data to make more accurate decisions. If you start there, then you can prioritize the decisions. Then you can move to capturing only the data you need, and then you go into the technology purchases. You don’t have to spend millions of dollars. There are free analytics tools. We work with Caesars and we just used Trip Advisor as a basis to change their communications. That’s free data.

What is it that you really love about your job?

Working on getting marketing out of the basement and into the boardroom. Right now, a lot of the decisions that are being automated are actually small decisions. Where you put a banner ad is a small question in the big scheme of things. Why don’t you [use data to] ask how much you are going to spend on marketing in general? So many huge companies decide marketing budgets based on arcane values like advertising to sales ratios or spending 5% more than last year. These are meaty questions that can have great impact on company’s futures.

Interested in hearing more? The conversation continues on video. 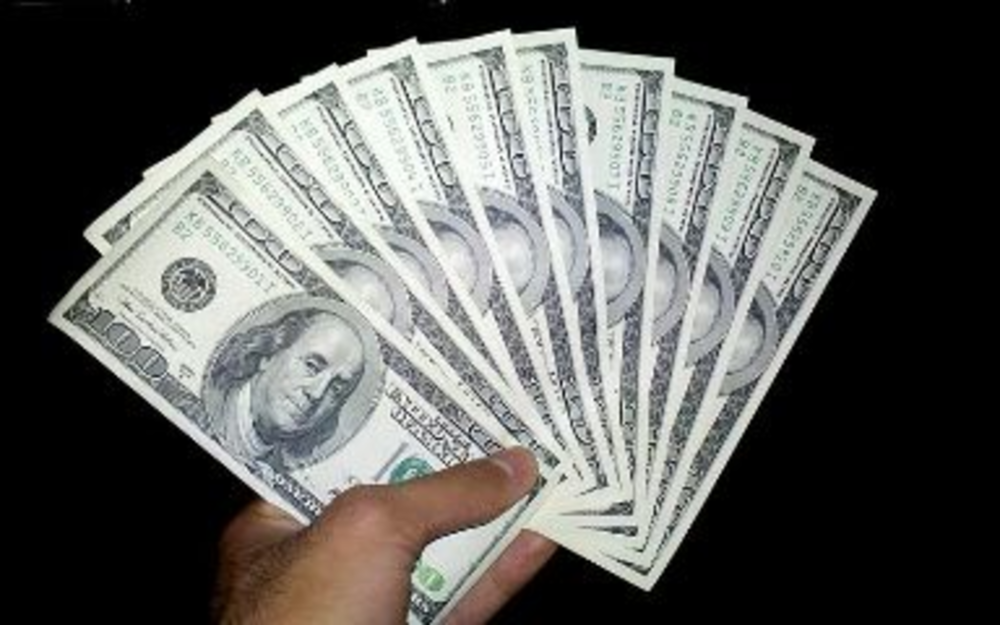 Marketing Tech is a Dollar Magnet

Everyone following this space closely knows that the lines between marketing tech and ad tech, not to mention… 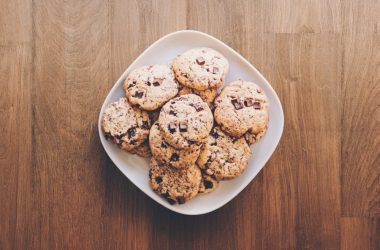 How Digital Marketers Are Personalizing in a Post-Cookie World

Third-party cookies enable brands to target ads to the right person, at the right time – all through… 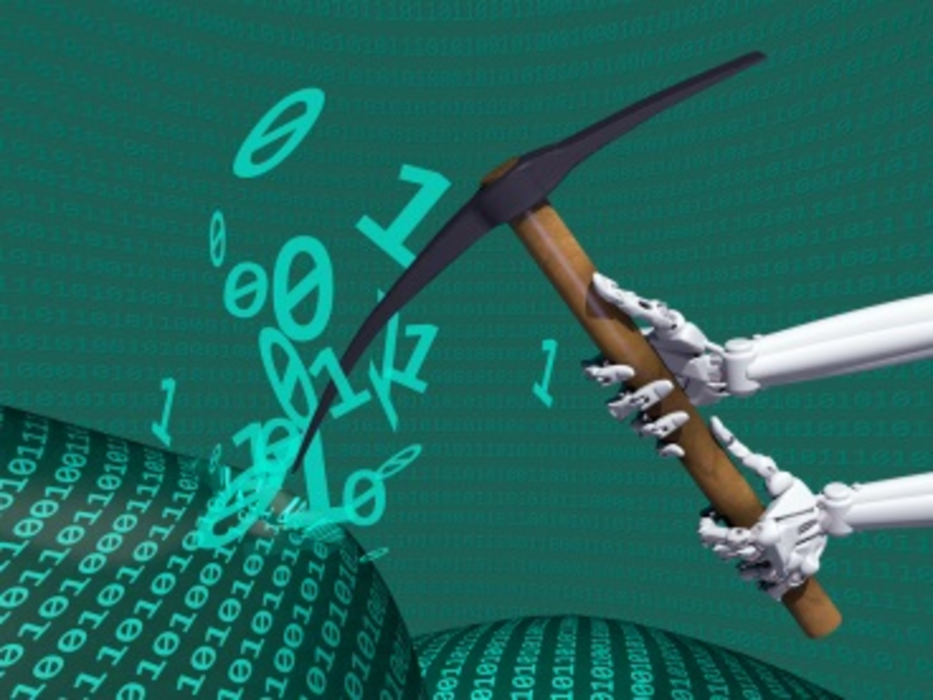 Marketing Automation Is Not a Panacea