Recap: Juan Paolo was leaving to run marketing for the company that had been his number one client during his tenure as a creative director for Modesto Marketing Services. Ace Products CEO Carl Shumer had made Paolo quite a generous offer.

Paolo’s boss, Dana Jerry, had lost other creatives to Ace clients, but Paolo was so highly regarded that Jerry worried his clients would force Modesto to rebid for its existing business. Should Jerry make a counteroffer? Would she then lose Ace as a client? (Would she lose Ace anyway?) Should she simply wish Paolo well and launch a proactive initiative to retain his clients? There was no easy answer.

The answer to whether Jerry should make a counteroffer is no for several reasons:

It doesn’t solve the problem. Paolo’s already made up his mind to leave, and his reasons may be more than just compensation (e.g., perhaps he would like client-side experience). Even if Paolo accepts a counteroffer, Jerry (or others in the organization) will view him with continual suspicion, which doesn’t make for a solid foundation of trust.

It’s a small world. If Paolo stays, but isn’t really happy, his dissatisfaction could have a rippling effect on the morale of other employees or worse, on clients.

Modesto Marketing Services shouldn’t be seen as an “army of one.” While Paolo may be highly regarded, if clients only see the value of the agency through him, that’s a real problem. Showing clients that the agency’s capabilities and quality of work is not limited to one star performer is critical to business stability and future growth.

Former employees can be great advocates. Former employees who leave to work for a client can strengthen relationships, leading to more business. Paolo is going to have influence (or decision making authority) on who his company works with, and if he’s leaving the agency on good terms there’s no reason to think that he wouldn’t continue to use it. With his new job his circle of relationships will broaden, potentially creating more opportunities for the agency.

Ultimately, Jerry should give Paolo her best wishes then quickly get work on plans to ensure that clients are 1) notified of Paolo’s departure; 2) assured that work and quality will remain as they expect; and 3) presented with a solid transition plan.

Making a counteroffer is unlikely to work and can send a message to others on staff that the best way to get a raise is to get an offer from the outside, making a bad situation worse. Jerry needs to sincerely congratulate Paolo and wish him well. Since he’s not going to a competitor, Paolo should join Jerry in contacting his clients. They can position this as a huge career opportunity for Paolo and jointly reinforce the talent, expertise, and values of Modesto Marketing Services. Also, the only shot Modesto has to retain Ace is to maintain positive relations with both Ace and Paolo.

Jerry should give Paolo the raise, etc., that Shumer offered and put him in charge of all of Ace’s marketing needs. He would have the same duties with Ace that Shumer was hiring him for, but as an employee of Modesto. This would allow Paolo to transition his other clients comfortably to colleagues at Modesto, with the assurance that Paolo would be available to his former clients if needed.

Presenting Paolo with a counteroffer when he’s walking out the door is like a slap in the face. If Paolo had been so highly regarded, he should have been compensated and supported enough that he could walk away from any offers from competitors and clients. Jerry should wish him well and maintain the client base with her remaining team.

A counteroffer is not as risky as a good-bye—it’s much worse, because it indicates a lack of confidence in your team.

1. It’s not just the money. Paolo is getting a challenge he wouldn’t get if he stays at Modesto Marketing Services.

2. When Paolo conveyed his decision to Jerry, he was in fact stating, “I really don’t wish to be here any longer.” It’s time to move on.

3. No one is, or should be, indispensable. Where’s the bench that is Jerry’s responsibility to develop?

Jerry needs to announce to the department post-haste that Paolo is leaving for Ace Products, wish him well, and schedule a party. That same day she should phone all Paolo’s clients, including Ace’s Shumer. She should tell them the news, and that she’ll get back to them soon with their new account manager. She should also congratulate Shumer on his great hire.

She can use the two weeks left in Paolo’s tenure to debrief him on current activities with all his clients, including Ace, preferably with the person who will take the account over or, if no selection has been made, with the account team.

Jerry should congratulate Paolo and encourage him in his new position. She should call Shumer to let him know how excited she is that Juan is joining Ace and that Modesto remains committed to partnering with Ace to ensure its continued success. Jerry needs to decide who will be the new account executive handling the Ace account, and whether the new creative director will be promoted from within Modesto or hired externally.

Jerry also needs to prepare an announcement to send to her other clients, letting them know Paolo is leaving Modesto and how the agency plans on meeting their needs following his departure. The announcement should be followed up with a call or visit from Jerry, along with the account executive who will handle the different client accounts and the new creative director.

Rather than panicking about this situation, Jerry should see this—and position it with clients—as an opportunity to freshen ideas at Modesto and improve its level of client service. In doing so, she must not diminish Paolo’s contributions, but rather communicate how happy she is for Paolo to have this new opportunity.

Of course, she will then have to work to fulfill her promises.

It’s a slippery slope if you establish a precedent for pay raises. A counteroffer sends a message, even if it’s done confidentially. While it’s unfortunate that Jerry will lose a creative who has built up a career’s worth of positive rapport with Modesto’s clients, it’s necessary for the continued success of the agency to let Paolo leave on friendly terms and immediately begin the search for a replacement. If Jerry were to offer him more money, not only would that not guarantee he would stay with her long term, but it could also encourage the rest of her staff to investigate other offers in the chance they, too, could get a similar pay raise. The candidate search can be inconvenient and she could lose some clients, but her agency’s brand represents more than its individual employees. If she has invested time and energy in establishing a strong brand in the minds of her current clients, the business will make it this situation.

The top three factors that contribute to employee satisfaction per the SHRM “2012 Employee Job Satisfaction and Engagement Study” are: 1) opportunities to use skills and abilities; 2) job security; and 3) compensation/pay.

Jerry just can’t throw more money at Paolo because he’s is leaving to take a job with increased responsibilities (to use skills and abilities). Unless Jerry knows what Paolo’s career interests are and can appoint him to a position with additional responsibilities that could justify higher pay and benefits, then she should wish Paolo well and do everything to ensure that Ace remains a good client. In fact, Modesto’s relationship may even be better with Paolo at Ace.

Hopefully, Modesto has enough employees who have good client relationships that having one person leave doesn’t cause other clients to jump ship. If not, Modesto should rethink its client-relationship strategy.

Jerry also needs to identify key jobs within her organization that require succession planning and those people within the organization who have both the interest and attributes to do those jobs, so that when someone leaves another qualified employee can step right in so that clients barely notice a change.

With all the high-priced college degrees and experience, have we forgotten the value of human resources and what it costs, and the benefits of putting together a good team? Chances are that much of what Paolo learned and his business ethics, abilities, and core values—not to mention culture—came through Jerry. She should be proud that he is moving onward and upward.

It’s a given that employees will come and go. Ultimately, it comes down to where Paolo would prefer to work. He didn’t approach the company with a match-or-leave scenario, so it appears his mind was made up to depart. Jerry needs to graciously let him leave. Making a counteroffer and retaining him for now may be a short-term remedy for someone who has gone this far towards leaving. Plus, Jerry has to be careful not to send a message to other employees that Modesto will make counteroffers to those desiring to leave.

After wishing Paolo well in his new role and encouraging him to grow the current relationship between Ace products and Modesto, Jerry should focus on a two-prong approach: search for a standout replacement and contact customers to advise them of the change and announce Modesto’s plans for a new creative director. The latter will hopefully stop clients from searching for another agency.

I would not present a counteroffer. However, I would make it clear that if the creative director’s life plan should change, the company would welcome his return with open arms. 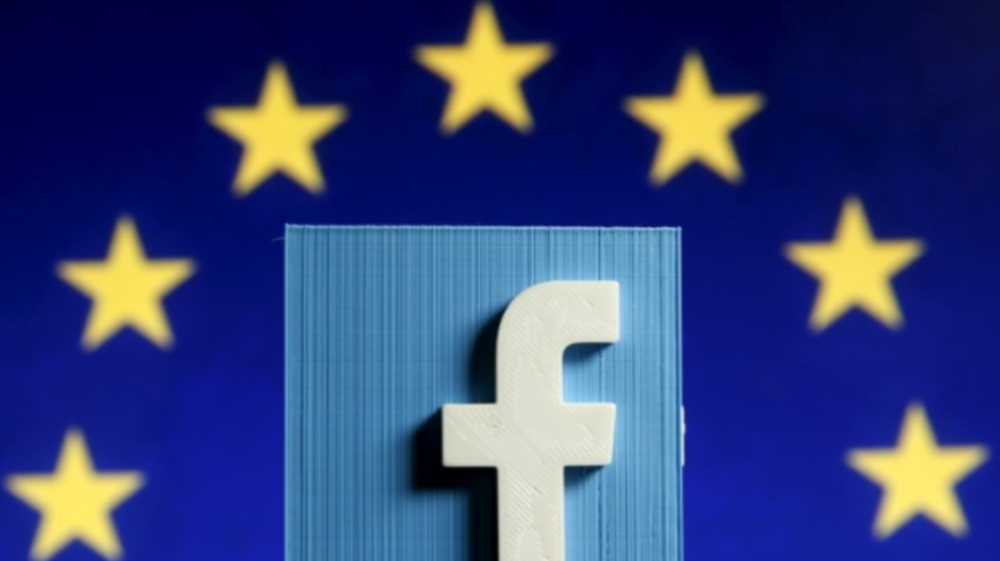 How GDPR Could Have Prevented the Facebook-Cambridge Analytica Breach

March was a wild month for Facebook Inc. (NYSE: FB) and Mark Zuckerberg. In the wake of revelations… 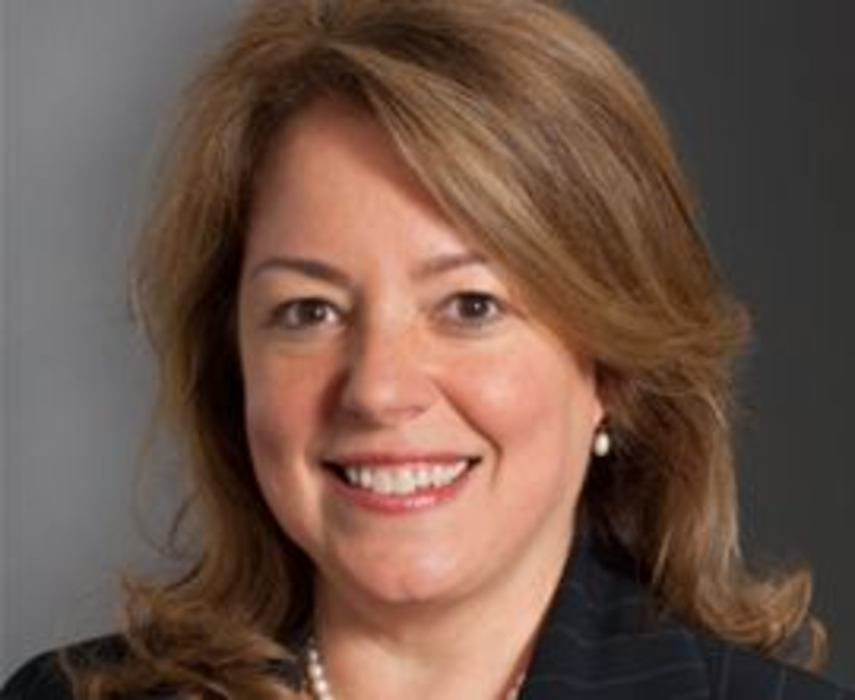 Lisa Arthur, the CMO of Aprimo, which offers marketing software to measure and implement campaigns, discusses integration and… 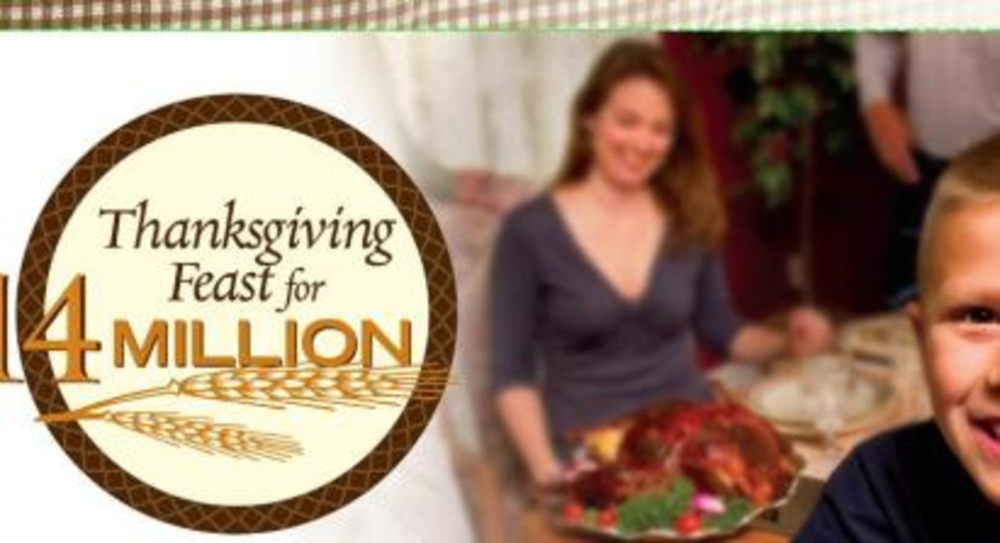 Reach out for the needy

The Open Door Mission in Nebraska served 1,933 meals to the needy on one day alone last month,…