To promote its marriage with another business, a commercial real estate information company staged a fake Vegas-style “wedding” at a recent Las Vegas trade show complete with cake, champagne and all the trimmings — everything except an Elvis impersonator.

As part of its business-to-business mail campaign, CoStar, Bethesda, MD, sent elaborate wedding invitations to highlight its acquisition of the other company and conducted a sweepstakes offering a chance to win a Porsche 911 Carrera.

The campaign ran before the International Council of Shopping Centers convention May 22-24 in Las Vegas. It generated nearly double the expected response and attracted leads in the thousands, according to The Martin Agency, which developed the campaign for CoStar.

CoStar wanted to get the word out to members of the shopping center industry about the acquisition and generate extra credibility for itself as it moved into a new line of business, said Valerie Foley, creative supervisor at Martin. To meet that goal, the agency proposed that CoStar position its acquisition of NRB as a Las Vegas-style wedding.

The campaign revolved around the wedding theme, including two oversize postcards sent to 40,000 prospects and a dimensional package sent to 1,700 top prospects featuring a miniature shopping cart, labeled “Just Married” with small tin cans strung from the back of it. The booth at the convention featured a bride, groom and bridesmaid as well as wedding cake and a wedding video playing on 84-inch monitors.

“The client was open to doing some creative work in the BTB category, which can get deadly dull,” Foley said.

Though Martin declined to disclose the campaign's cost, the MSRP of the car alone is $80,000.

Pulling off production of the campaign was no small feat. Martin got the account late and had only six weeks to produce the dimensional package, eventually calling suppliers in several countries to find one that could make the shopping carts.

The tin cans were a problem because the most easily available cans don't come empty, Foley said. Martin, which produced the package in-house, had to find unsealed cans and then attach them by hand to the carts.

The package also contained a bag of rice, a frame with a picture of a Porsche, a hand-rolled scroll with fake wedding vows and a formal wedding invitation. It went out a week before the show — following just after the postcards — and began attracting calls two days after it mailed, Foley said.

“The trick in this environment is getting noticed,” she said. “Getting them to interact with the work is important.”

Though the wedding theme was the major component in the campaign, the chance to win the Porsche was perhaps the main incentive to respond. The Porsche offer loomed large in the postcards and the dimensional package, all of which included copy urging recipients to visit CoStar's booth and register for the drawing.

CoStar and Martin added a multichannel element with a Web site and print ads in trade publications. Considering the high value of the sweepstakes prize, CoStar wanted to give the campaign as much media space as possible, Foley said.

The Web site featured an online teaser depicting a Porsche speeding along a road. The print ad was made in the style of a society-page story, with the note that, “This is a dramatization. The actual couple is far more attractive.”

Another tactic was to focus all the marketing efforts in a short period before the show, creating a barrage of media.

Following up on the campaign, CoStar is sending personalized thank-you notes to those who entered into the drawing for the Porsche, which was held on the show's last day. The note included a photograph that booth visitors had taken with the car, along with a promise that, “What happened in Vegas stays in Vegas.”

The abundance of creative material might seem unusual for a BTB campaign, but Foley said it didn't distract from the message. CoStar flew extra sales personnel to the convention to keep up with the booth traffic because of the attention generated by the mailing and sweepstakes.

“We did something offbeat,” Foley said. “But it made business sense for them.”

Netscape Communications Corp. and Excite Inc. announced a partnership last week that they expect will help Netscape in… 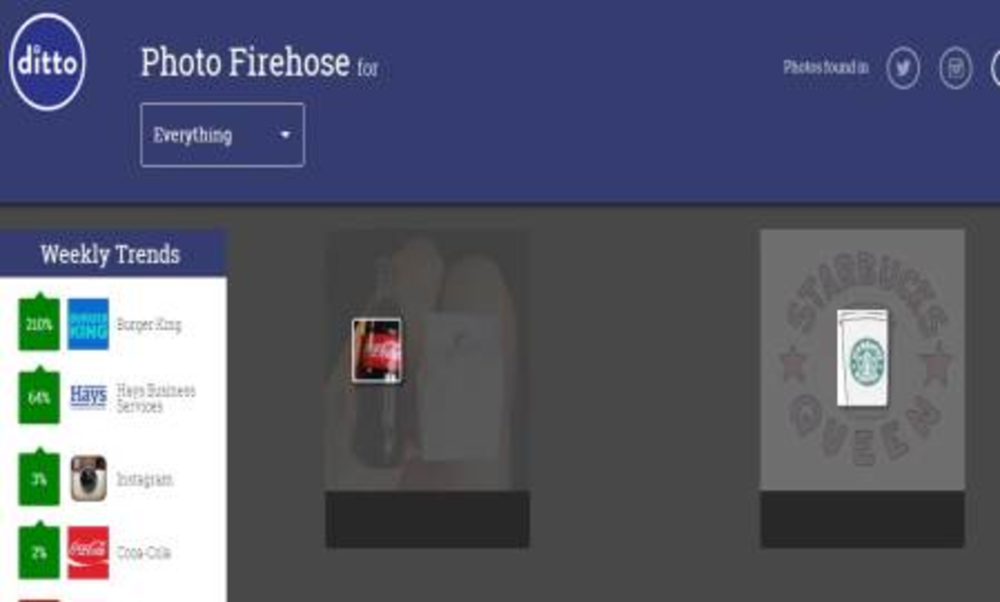 A picture might be worth a thousand words, but even then, brands have a hard time figuring out…