NEW YORK — Executives from digital wallet technology firm Qpass found a way to cut through the dot-com clamor created by the scores of other cyber-companies exhibiting at the Fall Internet World trade show here yesterday: They held a protest outside.

Sometimes yelling “Forms are the devil’s work” and “Live form-free,” other times lying flat on the sidewalk clutching placards to their chests, 15 to 20 very vocal “protesters” demonstrated against Internet shopping registration forms in front of the Jacob Javits Convention Center.

Qpass’s less extravagant promotion tactics involve partnerships with banks, including Royal Bank of Canada, Toronto, and Fleet Financial, Baltimore. The banks insert Qpass direct mail inserts into their credit card customers’ billing statements. The inserts encourage bank customers to sign up for Qpass’s digital wallets, which they can do by visiting www.qpass.com. In return, the financial institutions hope to benefit from more credit card transactions.

The handful of demonstrators at the Javits Center swirled about carrying signs with slogans such as “Online Forms Are a Slow Painful Death” and “We’re Being Exposed to Toxic Online Forms” as they handed out lollipops and buttons with the Qpass name and logo. The vast number of Net firms trying to grab attention at the show made Qpass turn to diverse measures, said Cornelius Willis, the company’s vice president of marketing.

“There’s so much noise in this environment, and a lot of folks try hard to just establish an edge to get above the noise,” Willis said. “The neat thing about this is that it ties right into consumer frustration. Our research showed us this is something people feel — maybe not to the degree of starting a movement about it, but it’s got some voltage.”

The company succeeded in turning heads. Though it was impossible to quantify the effectiveness of the maneuver, Qpass attracted a great deal of attention — not all of it positive. Police and security guards hovered nearby, and television journalists ran up with cameras rolling trying to find out what was going on. Usually the demonstrators didn't let anyone in on the act.

“No one really knows what it’s about,” said Joseph Martorano, a public relations account executive with Cole & Weber, Seattle, the advertising and direct marketing agency that created the campaign. “They’re all shocked to see somebody protesting at a technology conference.”

The marketing maneuver was built on the concept of online forms being a common enemy, Martorano said, adding that Americans have a tradition of protesting “whenever we have a common enemy in our country, from Vietnam to, you know, war in general.”

Apparently, most conference attendees who ventured outside didn't realize demonstration was a tongue-in-cheek affair. Kurt Braunohler, a producer at streaming media firm The Farm Production Co., New York, became involved in a screaming match with the chanting demonstrators, some of whom taunted him by calling him a “communist.” Braunohler said the spectacle was frivolous.

“I'm insulted by this protest,” he told DM News afterward. “As Americans, we have the right social changes through protests, and these are using it for online forms, which is ridiculous. What about the whales?”

When told the protest was actually just a marketing ploy by a digital wallet firm, Braunohler eased up. “Oh,” he said, looking back at the protesters as they marched away. “I feel kind of silly now. Well, I'm still mad about it.”

Creo Inc. is preparing to launch an upgrade of its Prinergy PDF workflow management system, and is now…

AdFusion is expected to launch in September, enabling media buyers and sellers to research, negotiate, track and execute… 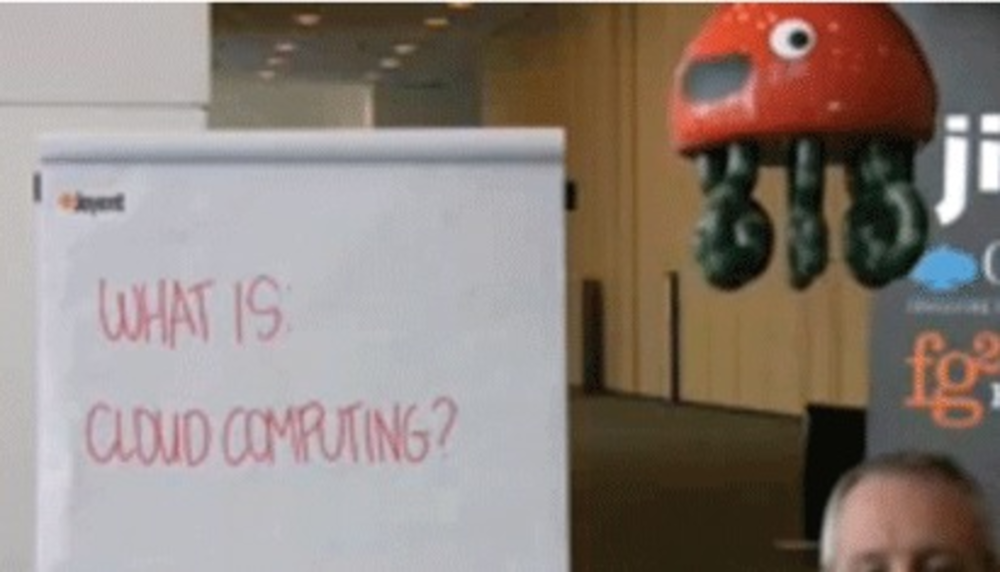 A recent hack of Twitter corporate data off of the Google cloud server, combined with increasing consumer wariness,…