Wearables: The Future of Omnichannel

There’s an undeniable explosion in wearable tech that’s piercing the mainstream marketplace. In fact, analysts predict that by 2019 the wearables market will be worth more than $25 billion. Compare that to $15 billion in 2015. Researchers at CCS Insight suggest at that pace the market will nearly triple in size, with more than 245 million wearable devices sold — up from the more than 85 million now sold.

That mounting demand for sensor-laden, data-rich devices can mean big business for tech-savvy marketers. And for innovative companies — especially retailers — wearables can be the answer to creating often-desired seamless customer experiences.

In fact, some insiders say that wearables just might be the future of omnichannel.

“Omnichannel marketing is creating a seamless experience for the customer,” says Justin Orgel, director of strategic services at information services company Experian, “regardless of the marketing channel. Wearables need to be considered a separate channel or device to provide a true omnichannel experience. Marketers need to be agile and evolve the message and experience on different channels. Wearables add another layer.”

Orgel notes that marketers first need to know which channels consumers prefer to use. “Then we need to know how to seamlessly extend our experience to a wearable device,” he says.

Epsilon’s chief digital officer, Tom Edwards, agrees. “Wearables essentially become another component of an omnichannel strategy,” he points out, “and one that either leverages the data created by the device or uses the device itself as a connection point to deliver a contextual message.” He adds that wearables provide a platform for continuous engagement with a consumer. “Then marketers can leverage user-created data from wearable devices into a targeted marketing approach,” says Edwards.

Wearables are still in development — especially when it comes to how to use them to design and then scale customer experiences. Marketers are trying to determine which gadgets are even classifiable as wearable technology.

The definition remains vague, at best.

What’s in a wearable?

“When we define wearables, we should start off with what wearables are not,” says Michael Koziol, MD at digital agency Huge, which provides strategy to brands hoping to incorporate wearables into their omnichannel strategies. “They’re not just watches, and they’re not just gadgets. They don’t have to always have a screen. On top of that, we really have to think about what wearables are going to become to make sure that we’re thinking about them in the right way today.”

Smartwatches, of course, are an undeniable part of the growing popularity in wearable technology. In 2015, smartwatches made up 61% of wearable marketing revenue, according to analysts at CCS Insight.

Experian’s Orgel provides a simple definition of wearables from the consumers’ point of view:

“Wearables facilitate convenience and opportunity for self-improvement,” he says. “Wearable devices help consumers collect data on their activities and use it to make change.”

Huge’s Koziol agrees that for many consumers wearables are appealing novelties and personal informative devices — but for marketers they’re even more. “Wearables are an access point for personal data and for personal preferences,” he shares. “That information just happens to be on the body. Today we see that [trend] mostly with watches, but in the future it could be something as simple as a sticker on your body, an earring, or something that you just simply wear every day that happens to be an access point for personal data.” Koziol says that marketers are paying attention to wearables in 2016 because “it simply makes sense as the next evolution of data and devices.”

Making the most of wearable data

The challenge for many retailers is how to put wearable data to use — especially to create a more seamless experience for on-the-go shoppers. One company that’s targeting its omnichannel customers and working to meet shoppers wherever they are is retail home improvement chain Lowe’s.

“For us omnichannel is the ability for the customer
to get any product, anytime, anywhere,” says Eric Hanson, Lowe’s director of digital experience, product management, and omnichannel integration. “There are so many customers that come with product information already stored in their mobile devices — armed with information when they come to the store. We have to make sure we’re allowing the customers to continue their journeys all the way through — from their homes to their mobile devices to the store.”

Hanson says that wearable technology has enabled marketers at Lowe’s to create that seamless journey for shoppers. “For us and our customers, wearables equals watches that are connected to mobile devices — particularly iOS and Android,” he says.

Hanson adds that marketers at Lowe’s recognize the inextricable tie between wearables and mobile devices. Through mobile apps, which users often access on devices like Apple Watches, Lowe’s provides shoppers with information such as availability of in-stock items, updated prices, and the nearest Lowe’s store locations based on customer whereabouts.

That frictionless experience, Hanson says, doesn’t even require shoppers to pull out their smartphones — but rather simply look at their smartwatches. “Our goal with that is to identify customer needs and then provide the answers to those as quickly as possible,” he continues. “We enable a customer to create a list on his phone before he goes to the store and pull up the list while shopping — through a mobile app while on a wearable device.”

Several other major retail chains also now use proximity technology, which allows consumers’ personal data to be sent over to their wearables through Bluetooth, beacon technology, and other wireless connections. The approach is an attempt to lessen any interruptions, including using an app on a smartphone while shopping. Wearables, no doubt, are evolving into a nearly invisible customer experience tool.

Hanson says that despite some marketers’ hesitation to embrace the wearable trend, pioneering companies understand the current impact and future importance of wearable technology.

“A lot of us have perked our ears up because we see that Apple Watches, Fitbits, and Jawbones are the next big thing. We see the beginning growth curve, and all of us [as marketers] want to be at the beginning of that trend,” Hanson says.

“When you look at the features and functions that we provide on those apps, a lot of it is around the in-store experience,” Hanson says. “It’s putting that information you would need for your store trip, literally, at your fingertips.”

Even with all the promises of innovation and impact that come with putting wearable data at the center of an omnichannel strategy, unease remains around a particular issue — privacy.

“Marketers are going to have trouble getting the executive buy-ins because of the concern over privacy,” says Irv Shapiro, CEO at call analytic data company DialogTech. “Wearables are the opposite of anonymous. They make consumers’ activities transparent. Consumers can be concerned about privacy, and that concerns executives.”

A recent study from the Pew Research Center says that Americans hold strong views about the importance of control over their personal information. Ninety-three percent of adults say that being in control of who can get information about them is important; 74% feel this is “very important,” while 19% say it’s “somewhat important.”

What’s more, 90% say that controlling which information is collected about them is important to them — 65% think it is “very important” and 25% say it is “somewhat important.” So what do those stats reveal to marketers who use data collected from wearable tech?

Since the majority of wearables are tied to an app, marketers can use those mobile applications to get permission from consumers and provide disclosure on that collected data.

“You need to make sure you have proper consent, and there needs to be a mechanism in place that allows consumers to control their data and how it’s used,” says Andy Johnson, VP of data and product management for Acxiom. “Data — any data — that exists on a consumer needs to have the proper privacy notice so that consumers can control how they’re being talked to and who is talking to them.”

Acxiom’s chief privacy officer, Jennifer Barrett Glasgow, offers this advice: “Data from wearables can be very valuable. However, the sensitivity of the data must be taken into account. If the user would be concerned, then some form of prominent notice and opt-out or opt-in is appropriate,” she says.

The future and wearables

Even though the wearable technology market is still in a chaotic stage of development, data experts say that wearables are a huge part of the future for shoppers and marketers.

“The current wearable ecosystem is highly fragmented,” says Epsilon’s Edwards. “What that means is that partnerships and approaches aren’t always scalable or designed for marketing activation — and that can present a challenge. However, wearables will be a component of the future of marketing.

“The data tied to wearable devices will be leveraged,” Edwards continues, “to build predictive models that will ultimately be part of a larger interconnected ecosystem that will be comprised of Internet of Things hardware and software, emotive robotics, and mixed reality — such as virtual reality and augmented reality — in order to create immersive and highly contextual solutions for the brand marketers of the future.”

As wearable tech becomes more ubiquitous, Barrett Glasgow says that there’ll be even more attention centered on the data that these devices are collecting, displaying, and distributing. “Over time, almost any device that records things we do and say could become a wearable,” she says. “Don’t focus on the wearable part. Focus on what is being measured.”

Experian’s Orgel echoes that sentiment, insisting that wearable tech will continue to equal valuable data. “Wearables are part of the future. There are a lot of channels and devices that are emerging that marketers should be paying attention to. They will definitely play some part because, no matter what, data is the future,” he says.

“By adding value, wearables can lead to greater engagement and customer relationship growth,” Orgel says. “Those positive experiences mean that return customers will be loyal in the future.”

Euro RSCG Discover’s Raj thinks DM could benefit from more experience in CRM Q: You’ve been in this… 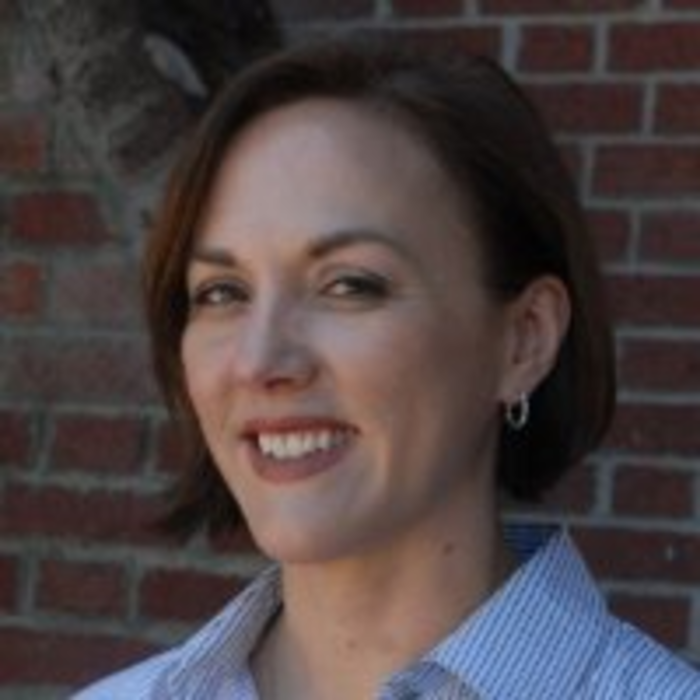 “I cut my teeth on the product marketing side, and I enjoyed connecting the dots between user needs…

Five inconvenient truths about the state of e-mail marketing

There has been speculation about social networks slowly destroying the viability of e-mail as a marketing channel. I…