“Commonly, car rental pricing is like airline pricing — it depends on when you call, what the market demand in a particular city is, so the pricing goes up, pricing goes down. What this allows is for the customer to eliminate the headache,” said Chris Payne, manager of corporate communications at Thrifty, Tulsa, OK.

According to Thrifty, car rental rates can fluctuate among companies by as much as 70 percent. And demand rises in the summer, though this time changes made last year are coming into play.

“This is a really busy car rental time right now, and also at the same time a lot of car rental companies after Sept. 11 have cut their fleets back,” Payne said. “So what has happened is we've created a situation where the demand is really high, the supply is catching up, but it's down from what it should be. So you're seeing higher pricing.”

This flat-price offering on Walmart.com tackles that issue head-on for both Wal-Mart and Thrifty, one a discount merchandiser and the other a budget car rental company.

Visitors to www.walmart.com can click on a prominent link below the search bar on the home page or on the “Car Rentals” tab under “Vacations.” Once there, they have two options: compact models of Chrysler and Dodge rent for $29.95 a day and midsize variants for $39.95. The rates include unlimited mileage in the state of the rental location and contiguous states but not taxes, government or imposed charges and other fees.

“Customer service is the primary thing, where we're offering another bargain to our customers,” said Bill Wertz, spokesman at Wal-Mart Stores, Bentonville, AR.

Consumers must call a toll-free number and mention the “001-Walmart” code to get the offer. Reservations have to be made before arriving at the counter. As an added incentive, Thrifty is accepting the Wal-Mart credit card at all locations — the only car rental company to do so.

“If they call and the current rate is lower than the Walmart.com rate, they'll get the lower rate,” Payne said.

Walmart.com will receive a commission for all calls it directs to Thrifty. Thrifty, however, is not the only car rental company listed on Walmart.com. The online retailer offers 25 percent off standard fares for rentals from Budget and 20 percent off from Avis and Alamo.

Like the Thrifty arrangement, consumers have to call a toll-free number and mention the rate code to rent cars from other brands partnering with Walmart.com. But Thrifty gets higher billing on the site's car rentals page.

“We benefit through enhanced exposure on their Web site,” Payne said. “Our strong feeling is that the Wal-Mart customer is very much the same customer as Thrifty's. We're a value car rental provider much as Wal-Mart is a value retailer.

“Our typical customer profile,” he said, “is the type where they're not interested in paying for a lot of bells and whistles. Of course they want quick and convenient service, but they're just not really willing to pay extra for that like they might with one of the more premium car rental brands.”

The Walmart.com deal is expected to boost revenue at Thrifty, which last year recorded worldwide revenue of $751.8 million, two-thirds of that from the United States. It ranks behind market leader Hertz and rivals like Enterprise, National and Avis.

Half of all searches in April were made through Google, further strengthening the search engine’s formidable position, according… 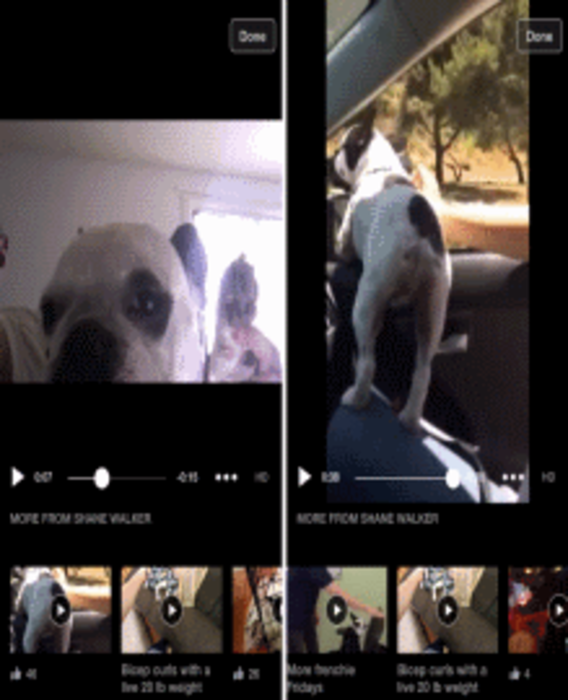 In an effort to increase video engagement on its platform, Facebook is introducing a “more videos” carousel feature.…