In recognition of how important environmental issues have become to consumers, Wal-Mart has turned Earth Day into a month-long marketing event reaching across TV, radio, print, online and in stores.

Wal-Mart Stores Inc. is using the Earth Month campaign, its largest sustainability campaign to date, to interact with cus­tomers “through advertising, in-store displays and featured products to reinforce Wal-Mart’s goal of making sustainable prod­ucts available to them at prices they can afford,” according to Tara Raddohl, senior commu­nications manager at Wal-Mart, when reached by e-mail. “The environment will be top of mind for Wal-Mart customers” at this time of the year, she added.

This integrated approach is reflective of how Wal-Mart “is trying to be much more than a TV advertiser,” said Joe Alexan­der, SVP and creative director at the discount chain’s agency of record The Martin Agency. “It is much more important for a marketer of Wal-Mart’s size to not just do TV.”

With a little bit of coordina­tion, a message can be made to resonate across a variety of media, he added.

The Martin Agency will take a similar integrated approach with all of its seasonal initiatives for Wal-Mart this year, includ­ing summer, back-to-school and holiday.

For the Earth Month cam­paign, a series of seven 30-second TV spots focusing on different areas of sustainability will run throughout April.

Another central element of the campaign is a 16-page magalog that was inserted into the May issues of several consumer magazines, and which will also be handed out in Wal-Mart stores. More than 20 million magalogs will be circulated, Alexander said.

The magalog is titled “A budget-friend­ly guide to helping the planet.” Inside is a mix of information about the envi­ronmentally friendly products found on Wal-Mart shelves and its Web site, as well as information about the small steps the consumers can take to make an impact on the environment.

Throughout, the focus is on the afford­ability of being green when consumers shop at Wal-Mart, and the power that Wal-Mart’s 200 million shoppers could have if they all took small steps such as buying compact fluorescent light bulbs. “You x 200 million = A brighter future” is one tagline.

The Martin Agency also created a microsite which has several different URLs: www.walmart.com/earth, www.walmart.com/green and www.walmart.com/sustainability. The content is similar to the magalog, although a wider selection of products is featured and the sup­porting information goes much deeper, Alexander said. Driving consumers to the URLs will be the main call to action in the TV, radio and online banner ads, he continued.

A product initiative will see more than 50 green products on Wal-Mart store shelves in April and more than 500 online. The selection spans a wide range of categories and includes several new items, such as Coca-Cola branded T-shirts made of RPET, a material manu­factured from recycled plastic bottles.

“Wal-Mart’s business opportunity is to bring sustainability to the people,” Alex­ander said.

He added that while sustainability has been a big issue in many bigger American cities, it hasn’t taken on the same impor­tance in smaller communities and rural areas. With this campaign, “Wal-Mart is bringing sustainability to a place where it hasn’t had a big impact,” he said.

The Earth Month campaign is just the latest in a series of steps by Wal-Mart to bolster its sustainability program. The merchant has been testing more environ­mentally friendly stores in several locations over the past few years. It also has a growing selection of private label prod­ucts in this area, including compact fluo­rescent light bulbs under the Great Value brand label and coffee under the Sam’s Choice brand that has been sourced and roasted with sustainability in mind.

This month, Wal-Mart shoppers will also find signs sharing information about the environmental benefits and impact of sustainable products. This in-store signage will highlight small, affordable changes consumers can make on the environmental front.

While Wal-Mart is trying to engender goodwill with consumers, it has some work to do when it comes presenting a clear message about the savings it offers to consumers, according to The National Advertising Division (NAD) of the Coun­cil of Better Business Bureaus.

The NAD recently found fault with claims in some Wal-Mart TV advertis­ing and a flyer that consumers can save $2,500 annually by shopping there.

Wal-Mart supported the claims with research conducted by an indepen­dent firm indicating increased market­place competitiveness and supply chain efficiencies brought about by Wal-Mart lowered prices for consumers generally, whether they shopped at Wal-Mart or not. The NAD recommended that Wal-Mart discontinue or modify its advertis­ing claim because it could be misleading to consumers. Wal-Mart, in a statement, said it “would be proud” to take NAD’s recommendation into account in future advertising, “ensuring that the positive impact we have for all American families is even more explicit.”

There have been management changes at cataloger Fulcrum Direct, Rio Rancho, NM. As rumors swirled that chairman and… 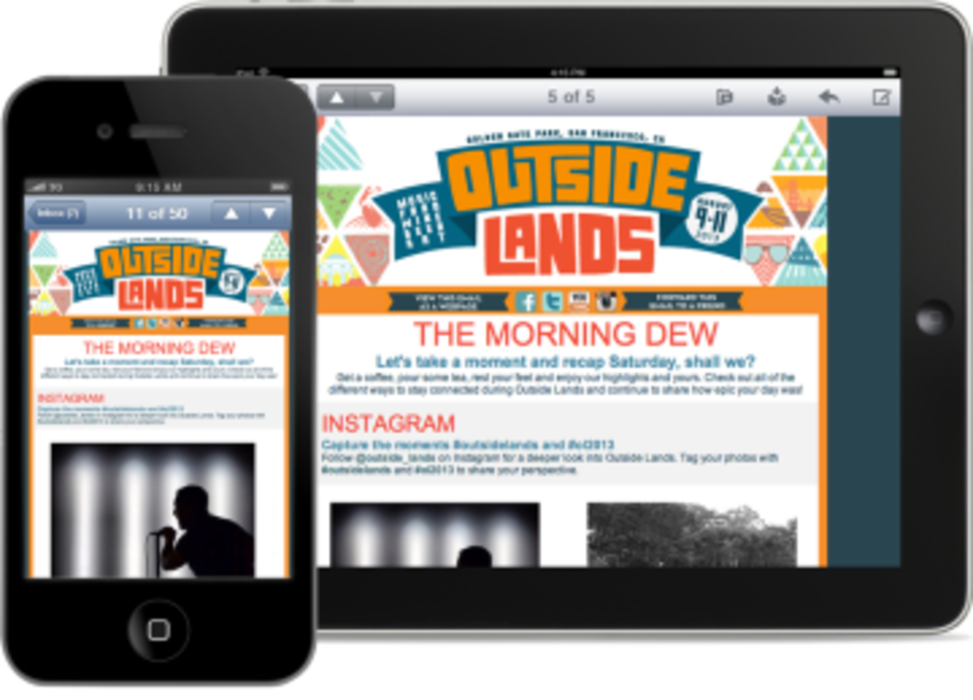 Outside Lands Harmonizes Social and Email

LifeMinders.com Inc., an e-mail marketing concern that counts itself among the growing number of digital infomediaries, is expected…