However, voice broadcasters said last week that they aren't worried that the FTC will put them out of business Oct. 1 when the rules take effect. They cite Federal Communications Commission rules, which in contrast to the FTC expressly permit recorded messages to existing business relationships, and to an FTC statement that it doesn't plan to use the new abandoned-call rules to pursue voice-broadcast messages to consumers who have given “prior consent.”

The mixed messages result from an inconsistency between the telemarketing rules created by the FTC and the FCC. It's one of several issues upon which the FTC and FCC appear to conflict, and both agencies sent reports to Congress this month about the inconsistencies.

The FTC's abandoned-call rules require telemarketers to have a live agent available within two seconds of a consumer picking up an outbound call. Predictive dialers, which have let call centers increase efficiency and call volume, can be used in such a way that more calls are made than there are agents available to speak with consumers, which in turn leaves some consumers to pick up a ringing phone and find no one on the other end.

Such calls, known as abandoned calls, are limited to 3 percent per day under the FTC rules. Furthermore, when abandoning calls, telemarketers must play a recorded message to give their identity to consumers, and the message must not be commercial in nature.

The FCC limits abandoned calls to 3 percent per month, and like the FTC it requires telemarketers to connect consumers to a live agent within two seconds or play an identifying message.

But the FCC says that recorded marketing messages to existing business relationships are legal, and that all nonprofits are exempt from the abandoned-call rules, whereas the FTC applies its rules to nonprofits that use for-profit solicitors.

Voice-broadcast providers, who have abided by the FCC's regulations since the inception of the Telephone Consumer Protection Act of 1991, said the FCC's exemption will keep them safe from enforcement actions so long as they continue to send messages solely to existing business relationships.

“We believe that the FCC trumps the FTC on this particular point,” said Tom Gregory, vice president of marketing at SoundBite Communications, Burlington, MA. “I think our lawyers will substantiate that.”

The FTC probably didn't know that its abandoned-call rules would affect recorded-message marketing when it updated its Telemarketing Sales Rule, voice broadcasters said. Some speculated that the voice-broadcast industry was the unintended victim of miswritten language in the rule.

“I think they recognized that they don't have jurisdiction over this,” said Robert Tuttle, CEO of The Broadcast Team, Ormond Beach, FL. “Clearly, this is a TCPA area of jurisdiction. It's just poor language.”

Others are sounding caution on the issue. In its report to Congress, the FTC said it is “less concerned” about the FCC's allowance of recorded telemarketing calls to existing business relationships but also said that the FCC exemption applies only to companies that fall under the FCC jurisdiction.

FCC-regulated companies include banks, cable providers and telephone companies, leaving most other telemarketers, including nonprofits that use paid solicitors, to follow the stricter FTC rules. However, the FTC concludes that it does “not anticipate enforcing the Rule against sellers and telemarketers who use recorded messages when calling consumers who have given their prior consent.”

Prior consent could mean existing business relationship, which for both agencies means consumers who have made a transaction in the past 18 months or an inquiry in the past three months, said Joe Sanscrainte, general counsel for Call Compliance Inc., Glen Cove, NY. But it's unclear that the FTC has given its final word on the issue, and recorded-message calls likely will get tougher scrutiny than even live telemarketing calls.

“It's on the regulatory radar screen,” Sanscrainte said.

Nevertheless, voice broadcasters said they had received some assurance in their contacts with the FTC that the agency did not intend to put them out of business. They said they are counseling their clients on the matter and holding to the idea that so long as they send messages to people who want them, there won't be any cause for enforcement action.

“It's the message, not the medium, that counts,” said Jesse Crowe, president of Voice Mail Broadcasting Corp., Costa Mesa, CA. “If it's a relevant message, no one's going to complain.”

Why Not Personalize the DM News Web Site?

Why Not Personalize the DM News Web Site? I was just catching up on my DM News reading… 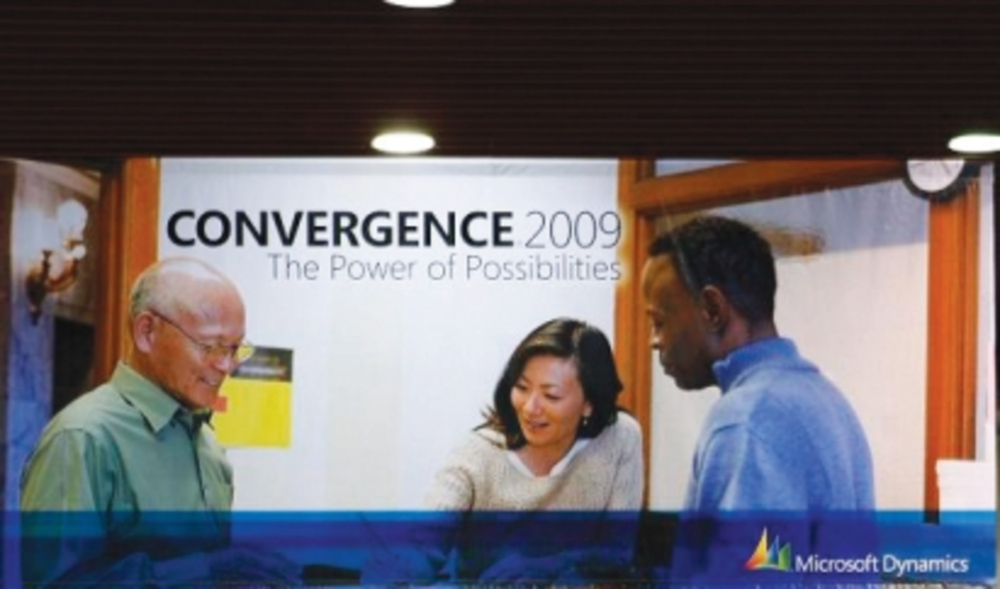