As a farmer who raises his own crops on a 40-acre farm — plowing the fields on a John Deere tractor, harvesting soybeans, corn and clover — Valassis chairman, president and CEO Alan Schultz knows a thing or two about making things grow, even when conditions aren’t always most favorable. ?

Since taking the helm of one of the nation’s best-known media and marketing services companies in 1998, Schultz has seen the industry to which his company is historically tethered — daily newspapers — become, to put it mildly, challenged. In fact, Livonia, Mich.-based Valassis was founded in 1970 as a one-product company: a consumer packaged goods coupon booklet delivered in weekend newspapers.?

But under Schultz’s leadership, Valassis has grown its portfolio to include more than 20 products and services across multiple channels, including print, in-store and digital. In 1999, it launched one of the first online coupon sites, Save.com. Since then, it launched RedPlum, which offers online deals to more than 100 million shoppers each week through more than 1,200 affiliate sites. RedPlum differs from daily deal sites like Groupon as offers tend to be for everyday goods versus luxury items, says Schultz. “It isn’t if you want 50% off to go to the tanning booth in August. It’s things that you need, want and buy with great frequency.”?

On Schultz’s watch, Valassis has nearly quadrupled revenue and evolved into a $2 billion-plus operation, and one that is less reliant on its traditionally core newspaper affiliation. “Today, the coupon booklet distributed through newspapers represents probably less than 10% of our profits,” explains Schultz. “There’s definitely a focus on the digital side of the house these days.”?

And yet, print — specifically direct mail — does remain a key part of the company’s business. In 2007, Schultz oversaw Valassis’ $1.2 billion acquisition of direct mail giant Advo. Its largest product, the advertising mailer Shared Mail, is sent via the US Postal Service to nine out of every 10 households in the country, says the company. Schultz says Valassis’ mission is to deliver optimized, multichannel solutions for its 15,000 advertiser clients. Valassis reported second-quarter revenue of $565.2 million, a 2.5% decline compared with the same period in 2010, which it attributed to a shortfall of local ad revenue. ?

With a CPA background, Schultz came to Valassis as controller in 1984. Within six months, Schultz transferred to operations. In 1998, when he was promoted to the company’s top job from COO, he worked for three days in Valassis’ production facility since it was the only area of the company in which he hadn’t worked. After that experience, Schultz gained deep appreciation for the men working 12-hour shifts on their feet.?

Valassis’ “Have You Seen Me?” program, in conjunction with the National Center for Missing & Exploited Children and the US Postal Service, distributes photos of missing children. Since its launch by Advo in 1985, 1,300 children of 2,400 pictured on Valassis’ products have been located.?

The company’s diverse portfolio includes inserts, sampling, on-page ads, coupon cleaning, printable coupons, coupon codes, acquisition emails and digital display ads. According to Schultz, Valassis boasts a database of more than 10,000 offers that have been made through different verticals. Using this database, the company is able to predict response rates within 90% certainty.?

Since Valassis participates in the digital space, where companies tend to distribute across each other’s websites, sometimes that means partnering with competitors. In January, it joined with AOL to create a digital coupon service. In February, Valassis teamed with News America Marketing, a division of News Corp., to expand each company’s respective coupon and savings websites. Just last year, Valassis settled outstanding lawsuits with News America, which agreed to pay Valassis the sum of $500 million and enter into a 10-year shared mail distribution agreement with subsidiary Valassis Direct Mail. ?

The Advo acquisition drew much criticism, because the perception was Valassis was overpaying for the company. “We felt the shared mail business would likely continue to grow and be a beneficiary of declining newspaper circulations,” Schultz says. When Valassis acquired Advo, it was earning less than $100 million on its shared mail business. “Now that business makes more than $250 million on that metric,” he adds.?

Rob Mason, EVP of marketing and sales at Valassis, says Schultz takes very calculated risks. “I’ve never seen him lose. Whether it’s in investing in the shared mail business or whether it was taking on News America in terms of the lawsuit. That’s a tremendous confidence builder.”

Schultz not only has confidence but also passion for adventure — something he attributes to sharing, on his father’s side of the family, a bloodline with William Clark of the famed explorers Lewis and Clark. He loves hunting, fishing — and of course, his farm. While some head to the gym or do yoga, Schultz says he prefers working the land. “I always tell people it’s a great distraction, because when you’re focused on plowing straight rows, you really can’t think about anything else.” 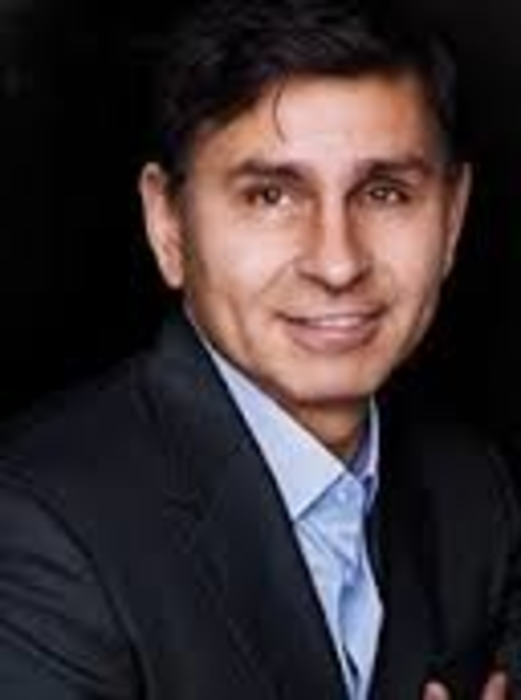 The title “best-selling author” used to conjure lines around the block at book stores. Today, while the author’s…

When you find yourself in a back room at the Venetian-Palazzo, on the occasion of SiriusDecisions 2017 Summit,…