“We are still sticking by our plan to hold rates off until 2001, which is a huge hurdle for us by the way,” said Henderson. “We are in the process of finding, as we speak, $800 million, and $1 billion next year.”

Discussing other issues affecting both the USPS and direct marketers, Henderson said he is concerned about the negative feeling surrounding sweepstakes — which are coming from both the general press and Capitol Hill.

“We believe that we're feeling the impact of the [sweepstakes] issue today,” he said. “If you look at our finances, the most troubling sign is the fallout from what we planned to gain in advertising mail, Standard A. The drivers for that [stem from] the lack of response rates for sweepstakes, and that has ramifications for us.”

Henderson continued by saying that the USPS must explore new opportunities and change fundamentally its ability to set prices, and discussed offering seasonal discounts at different times of the year.

“We make all our money the first couple quarters of the year, and the last two quarters of the year … there is no volume — we have to really hunker down,” he said. “[During these periods] we could have a fire sale, [where we set] different price arrangements to spur growth during that period of time, we would be much better off, we could make a ton of money and pass that on to the [mailers].” However, he said that because of the way the postal service is currently structured–and because of certain postal constituencies–this wouldn't be possible.

“We would love to work with the postal service and find a way to implement seasonal discounts,” said Barry Reiss, senior vice president, business and consumer affairs, the Columbia House Company, New York. “If they were implemented the way Henderson explained, we would definitely do additional mailings during the off season to get the discounts.”

Henderson also mentioned a three-pronged Internet strategy that the USPS is looking into.

First, he said that several large private sector companies have contacted the USPS about building an electronic ebilling and epayment platform with the agency. While he didn't offer specifics, he said that these companies want to work with the USPS on this universal platform because it is “the only organization in America that can reach everyone.”

However, Henderson said that while a program like this could help the agency, the number one issue preventing it from happening today is privacy.

The third piece of the Internet strategy, he said, was finding a way to help customers–who use the USPS to deliver products to customers who have ordered them over the Internet–decrease their return rate.

“I'd welcome the idea of connecting Zip+4 addresses to the Internet,” said Tony Ruggiero, director-worldwide, postal and distribution services, the Franklin Mint, Franklin Center, PA. “I think it's a great idea whose time has come.”

But, others were more skeptical.

“I think it's important that the postal service is recognizing that there is a sea change occurring in [things like] bill payment and bill presentment,” said Jan Davis, executive vice president, Trans Union, Chicago. “But direct marketers have to realize that if this happens, postal rates will definitely go up–and historically, when postal rates go up, the list business [loses money].”

Yahoo Aims to Boost User Base with Verizon

Both Yahoo and Verizon are expected to benefit from the two companies' new high-speed Internet co-marketing agreement. Verizon… 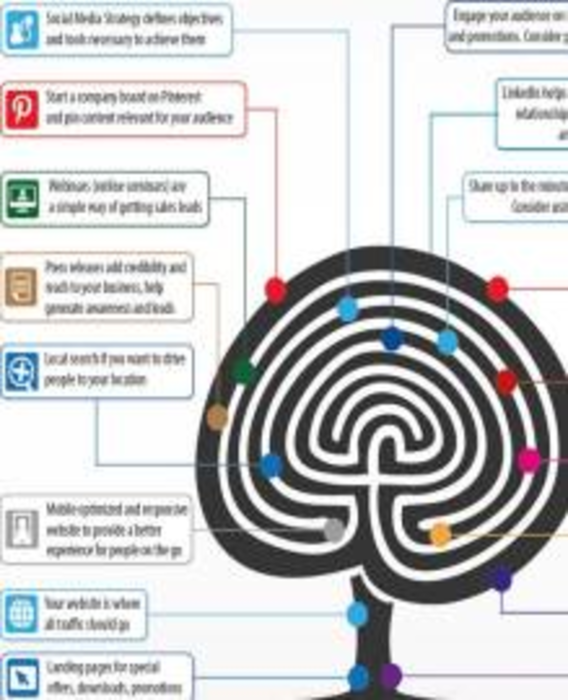 Infographic: Every piece of content marketing you should be doing right now