The U.S. Postal Service is expected to announce in the Federal Register today that interested parties may apply for NCOALink licenses.

If they are authorized, licenses become available to vendors for NCOALink, its new change-of-address product, on Oct. 1.

NCOALink replaces both systems with one product that the postal service said lets it securely release address information in a format that is a mathematical, 11-digit representation of the new address. The USPS said this lets developers provide access to sensitive address data in a more convenient and secure format, reducing much of the administrative oversight by the USPS required in the current format. Mailers, for example, will be able to integrate NCOALink into their in-house computer technology.

The USPS also said NCOALink would let it expand its distribution, which will improve address quality and undeliverable-as-addressed mail.

· A full-service provider is a licensee that uses NCOALink to update mailing lists, most of which are owned by unrelated third parties. The USPS will require FSPs also to implement the service using other address quality tools designated by the postal service, such as Delivery Point Validation and Locatable Address Correction System. The USPS will provide FSPs with a 48-month NCOALink product change-of-address data set updated weekly. FSPs will pay a $175,000 base annual license fee.

· A limited-service provider is a licensee that uses NCOALink to update its own mailing lists or mailing lists owned by third parties. The USPS provides LSPs with an 18-month NCOALink data set updated weekly. LSPs will pay a $15,000 base annual license fee to the USPS.

The USPS may adjust all license fees in all categories after the first year of the license agreement.

The 18 licensees will be grandfathered in as FSPs. Software developers also may apply to be authorized NCOALink software interface developers.

Len Schenker, president of Anchor Computer, Farmingdale, NY, a licensee of the USPS for National Change of Address, Locatable Address Conversion System and Delivery Sequence File, as well for FASTforward, said that the NCOALink program “is an important development in trying to reduce undeliverable mail.”

Though there probably will be more competition, he said, “the licensing fee is at a level where people have to do substantial amount of volume as a full-service provider.”

Anchor Computer will offer NCOALink as well as the NCOALink software interface through its affiliate, Anchor Software Inc., which has begun development on the interface.

“Because there is a broader market to buy [NCOALink], we look at this as an opportunity,” Anchor Software president Gary Siegel said. “I believe more companies will be looking to get these licenses than in the past because it is an easier-to-use system.” 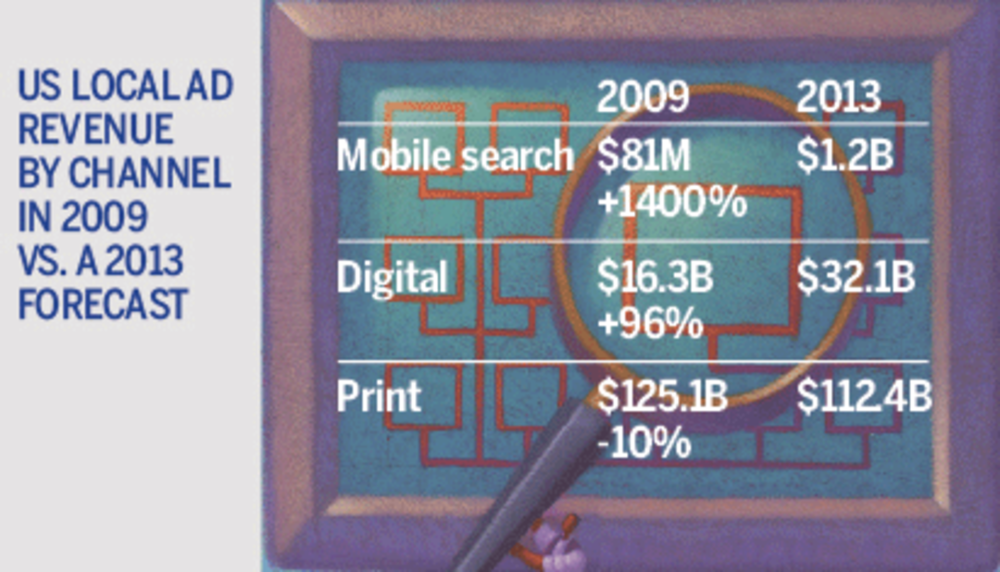 According to The Kelsey Group’s Annual Forecast, local advertising is shrinking. In 2008, the market size of the…