Personal digital recording company ReplayTV is moving to the Internet. With the launch of MyReplayTV.com in October, customers will be able to control their television set-top box from any computer.

The service, which allows customers to program their own channels as well as pause, fast-forward and rewind live programs, is accessible only directly through the set-top box using a remote control.

“We are extremely excited because this is one of the first announcements of using the Internet to control an audio/visual device in the home,” said Jim Hollingsworth, senior vice president of sales and marketing at ReplayTV, Mountain View, CA.

“This is a feature enhancement that has been contemplated from the beginning. But there were a number of milestones we had to meet before we were ready to bring this to the market, including getting a stable platform and network that is proven to be able to do upgrades into the market, and understanding the general consumer acceptance of the product.”

At MyReplayTV.com, people who own a ReplayTV set-top box can access features exactly as they would at home, with some added benefits. Hollingsworth said that ReplayTV specifically designed the site to “re-create the home environment as identically as possible online.” He added that the company thinks this will strengthen its commitment to making the advanced digital appliance as easy to use a possible.

The features available to customers will be accessed mainly through a replica of ReplayTV’s program guide, meaning users can program their set-tops to record programs as well as erase data from the device’s hard drive to make room for these new programs. Certain features that take a back seat when accessed through a TV set will be highlighted on the Web in order to take advantage of other ease-of-use items — the keyboard and mouse.

Initially, MyReplayTV.com will only provide customers with information and the ability to control their set-top remotely. Soon after the launch, though, added services could include theme-based chat and in-site e-mail services, which, along with the regular home page, would be used by broadcasters to provide viewers with show information, links and further promotions related to the subject of the program, Hollingsworth said. For example, if a viewer created a “This Old House” channel, he would be sent the diagram for the chair that was being built in a particular show he taped as well as alerted to new shows or similar programs.

The most significant added feature available to customers will be the ability to schedule when their set-top downloads data from ReplayTV’s server bank. The set-top currently calls into the server each night between 3 a.m. and 5 a.m. Soon after the site is up, Hollingsworth said, ReplayTV is hoping to allow customers to program exactly when the box calls in, allowing them to record a program at a moment’s notice instead of a full day in advance.

Hollingsworth said the company realizes that launching the site gives it a potential new revenue source, but ReplayTV is not going to fill the Web site “so full of banners that it looks like a stock car,” but rather use the site as a value-added service and TV information center for customers. Hollingsworth also did not rule out the possibility of people coming to the site to learn more about ReplayTV itself, but said the company is viewing the venture as “primarily as a destination for ReplayTV users and an addition to our personal television service.”

He added that goods and services would be promoted on the site but only in a fashion that is “compelling and nonintrusive.”

“A lot of our media partners are very exciting in terms of how they promote and talk about their programs and content to users in a much different way,” Hollingsworth said. “It’s not that broadcast, shotgun advertising approach — it’s very specific. It’s not running a promotional commercial in between shows, it’s not a little banner ad in the corner of the guide. But when they are looking at the program guide, customers can find out more information about a program and then immediately record it. And from the ratings side, [that] is very important to the broadcasters.”

Earlier this month, rival PVR company Jovio — which has yet to hit the market — announced plans to partner with sites such as Gist.com and TVGuide.com that feature electronic program guides to allow its customers Internet control of a PVR as well.

Regarding DM News’ coverage of Cerida Corp. and its relationship with Object Associates, through which Cerida will be… 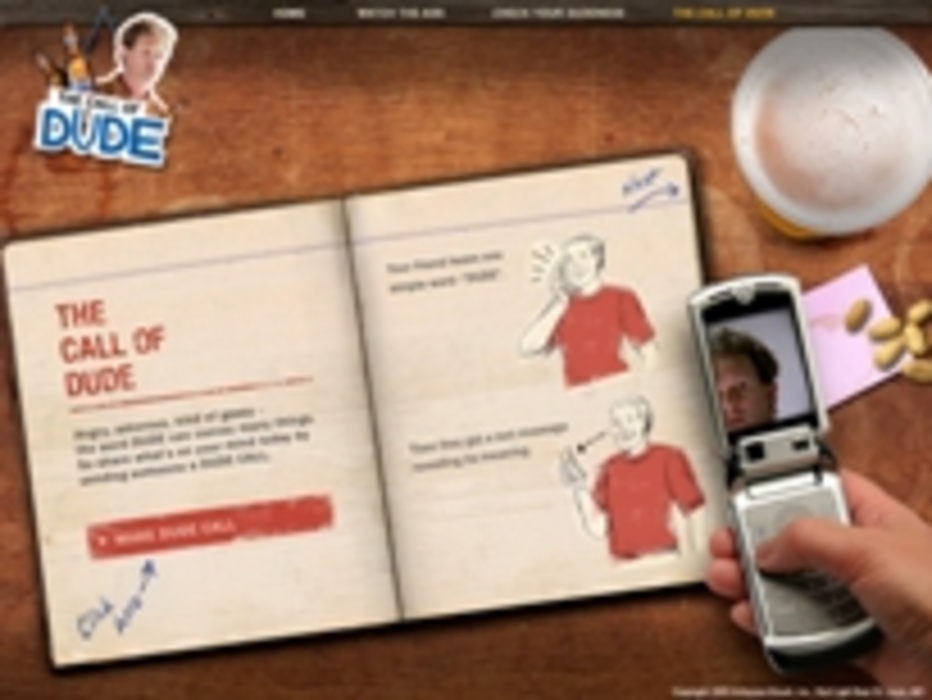 Anheuser-Busch is extending its “Dude” campaign for its Bud Light brand to the mobile space. The campaign, created…