UK Gender Stereotype Ban: What Does it Mean for U.S. Advertisers?

On December 14, the UK-based Advertising Standards Authority (ASA), in collaboration with the Committee of Advertising Practice (CAP), announced their intention to ban advertisements that contain content that promotes gender stereotypes. The ban, which will go into effect in June of 2019, seems wide-ranging and non-specific. The ASA has provided some scenarios to give advertisers what is and isn’t acceptable. Some examples of violations of the new rules would be:

These changes come after backlash to content of several advertisements, in particular, an advertisement depicting a blond woman in a two-piece bathing suit with the copy, “are you beach body ready?”

But what does this mean for advertisement content in the U.S.? DMN spoke on the phone with Samantha Skey, CEO of SHE Media, a media company focused on delivering empowering content to American women from all backgrounds and walks of life. DMN was able to find out what Skey thinks of the UK’s gender stereotype. Skey is a member of DMN’s Hall of Femme, and makes it part of her company’s mission to portray women void of negative stereotypes. For starters, she doesn’t think that there is any danger of the UK’s regulations being passed in the U.S., and that consumers, not regulators, are the best way to hold advertisers accountable.

NOTE: The interview has been shortened and edited for clarity.

DMN: What are your thoughts on the recently announced ASA ban? Especially [ASA spokesperson] Ella Smillie’s comment: “We don’t see ourselves as social engineers, we’re reflecting the changing standards in society”? What is your response to that?

Samantha Skey: I think in general that I certainly agree with the intent of regulating content within advertising to ensure that it is pushing culture in a positive direction. I believe strongly that advertising and the messaging therein is shaping societal perspectives and expectations of genders. I agree strongly that there is a lot of accountability and power in advertising. I’m not in general super supportive of bans and regulations over anything close to speech. So I don’t necessarily think that this is the right approach to changing perspectives around gender stereotypes. Again, it’s a noble effort, as an execution strategy to address damaging cultural expectations of each gender. I don’t know if it can be the most effective approach.

DMN: Do you think an advertising ban is possible in the U.S.?

SS: No. I do not think it’s likely that that topic would be broached in any serious way or that it would be executed effectively in the U.S. I do think that currently there’s a lot of pressure and attention to the way that companies are representing themselves, specifically through their advertising. And I enjoy that, I think that’s wonderful. I almost think it’s more effective than a regulatory body addressing the use of creative to communicate values. I think that when we see a company speak in a way that is not supportive of the values that we as a culture or a consumer base expect, the backlash is usually pretty fast and furious. So I think that the regulation in the U.S. comes more from the citizens and the consumers who are using a certain company’s products and services. But I do not think it would be effective to do a top-down regulation of advertising and content.

DMN: Is this change of society something you have experienced in your tenure as CEO?

SS: Oh, no doubt. No doubt. I think there has been an extreme change in terms of tone, content, message, language, [and] images in advertising over the past decade, and really precipitously in the last five years, we’ve seen progress in terms of communicating messages of equality. It is a changing time, and the consumer expectation is for greater freedom and greater sensitivity to cultural norms. I think that is where the reflection of a societal evolution is. I think the accountability should live, meaning consumers themselves who purchase products, and those who are the customers of advertisers, should be the regulators of their content and their messaging.

DMN: What does SHE media do to combat gender stereotypes?

SS: We are very committed to gender equality. It is written into our mission. And to be clear, we may choose not to take advertising if we believe that it’s harmful to the people we serve and to the society in which we operate. We may choose not to take advertising that we believe is sexist. That is our company’s choice, and I think that’s an appropriate place to essentially self-regulate. Our process when we’re contemplating content creation and publication is focused on understanding a reader’s viewpoint, combined with our own mission. We don’t want to serve our readers or our users exactly what they expect; we want to also infuse a world that matches the reality we hope to see. So we think about images, we think about language, we think about the media platforms we use and the company we keep in terms of partnerships. And we really do through our content show our values and our mission to support gender equality and to see a world in which gender is truly equal. It’s every part of the creative process including the participants in that process. If you have all one type of person thinking about an article or a video or any piece of editorial, then I think you’re gonna inadvertently carry a bias along with you. So even if the intent is strong, I think you need a diversity of viewpoints in the room in order to ensure you are really representing the values that are inherent to our company. 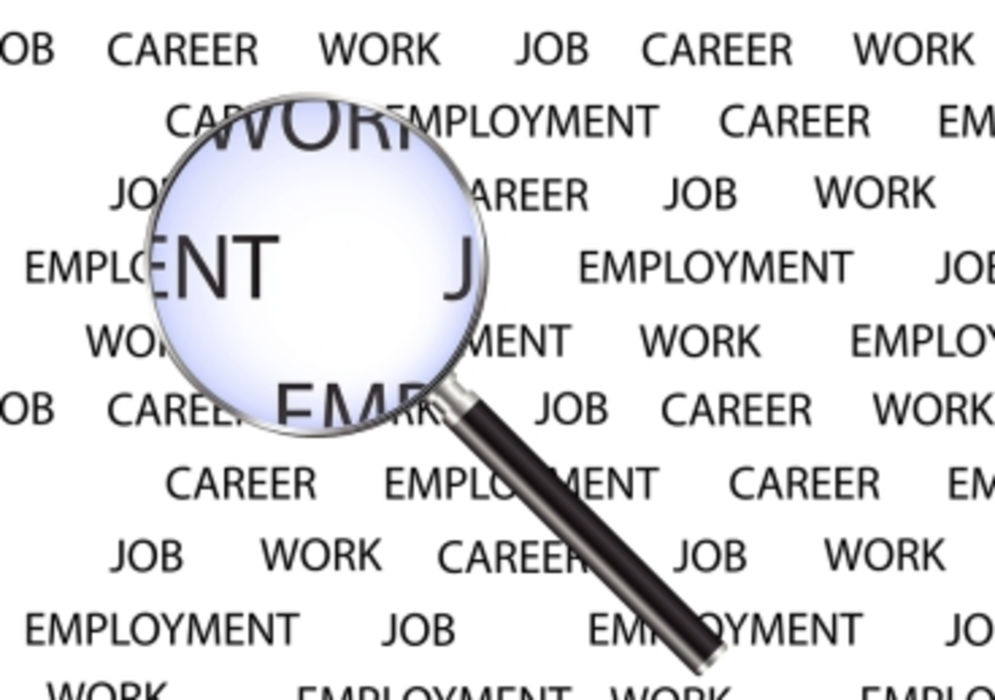 The New Year brings new resolutions. Many of us welcomed 2013 fully committed to finding happiness, a soul… 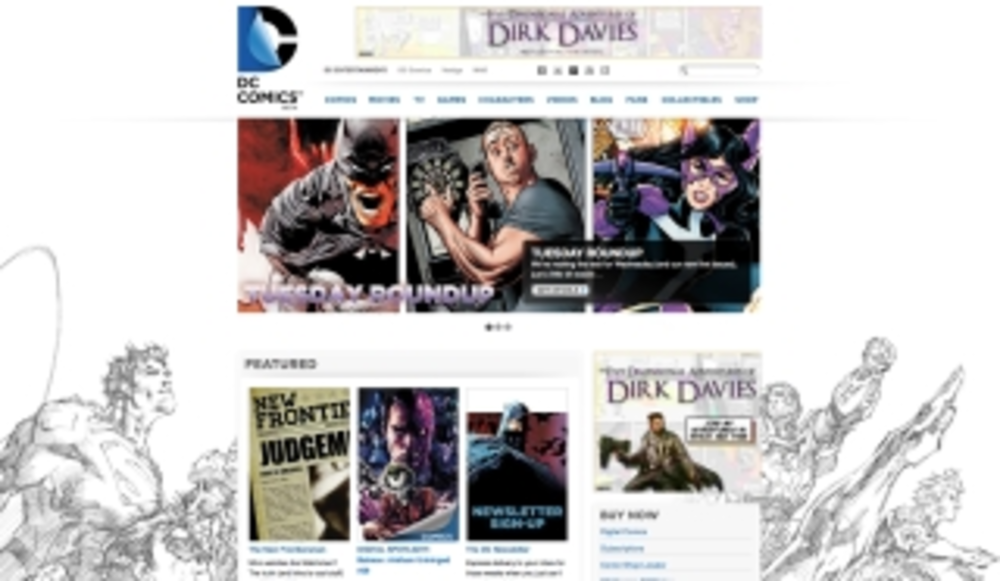 DC Comics’ e-commerce platform is elegant and simple, unlike the complex stories of DC superheroes Batman, The Flash… 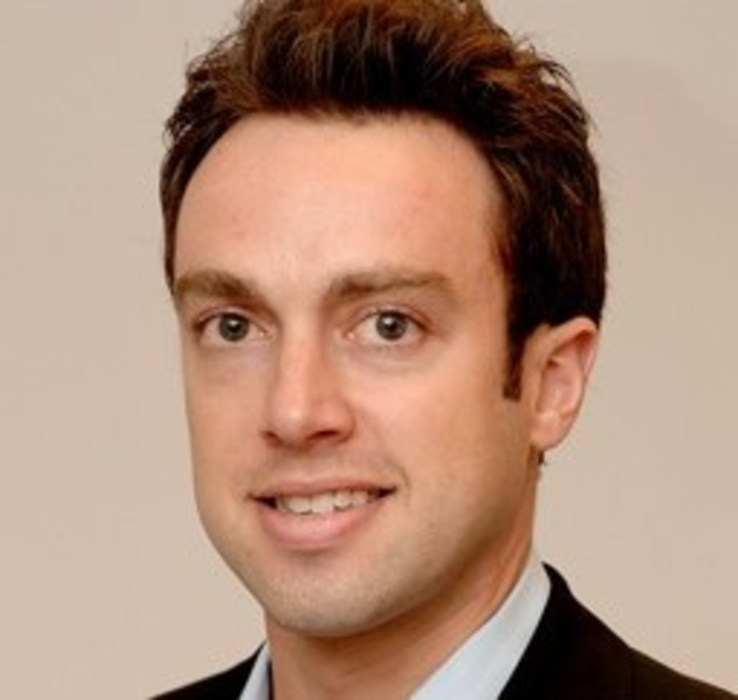