At first glance, The Tylt offices in Manhattan look like a typically Millennial office space: open floor plan, glass conference rooms, and lots of natural light. (Not to mention the brand painted on the wall.) I sat in a conference room with two men who seemed to get the importance of internet jokes and online polling—two things that have gained a lot of traction in the last three years The Tylt has been in existence, and will likely continue to be relevant in an ever-shifting cultural and political landscape.

Mike Donoghue, founder and CEO of the Alpha Group, gave an overview of the four products that are at different stages of development within Alpha Group’s incubator. He showed me the new product, Elsewhere, that shares video memes. Not dissimilar in principle to the erstwhile Vine, Elsewhere makes it possible to edit and share short, funny videos. Elsewhere caters to people without video editing skills. With this app, you can select a funny video, and add text to it to create a personalized meme, and share. The idea, Mike told me, was to expand a person’s joke repertoire of one or two jokes into a seemingly endless arsenal that can be incorporated into a meme and shared with friends.

I was there to learn more about The Tylt, which is the most mature of these products in Alpha Group’s incubator. The Tylt is an online polling platform that focuses on four aspects: culture, politics, entertainment, and sports. It is a way to focus consumer’s voices without getting lost in the sea of white noise. “On social media, I think you’re shouting into the void to a degree, especially on Twitter,” Donoghue observed. With media companies closing their comment sections, Donoghue realized there were decreasing opportunities for consumers to share their opinions. Along with the other three products that are germinating in Alpha Group’s incubator, Donoghue is seeking to harness consumer’s natural behavior on the internet into a more rewarding experience.

The Tylt is currently managed by Kyle Lelli, who came to this role after his work at pop culture magazine Complex in April of 2016, just as The Tylt was launching. In his current position as General Manager, Lelli’s role is a hybrid of operations and strategy: he can explain to you the nitty-gritty of how a Tylt survey works, but he can also speak to the importance of collaborating with brands. When asked about what sorts of brands The Tylt has worked with, Kyle offered his partnership with the invention television show, Make48, which is gearing up for its second season. The Tylt seems to work well with competition shows because of its inherent ephemeral nature and relatively low stakes. Lots of people feel comfortable sharing opinions, especially about entertainment. The creative ways that the Tylt can be used to pair with curious brands who want to connect on a deeper level with their audiences seems are endless.

It’s a deceptively simple tool: you click an option, A or B, and choose to share that you responded to a survey on social media if you want to. But if you look at the website, there is much more to it. Each poll has a lengthy description of the topic, with equal information in favor of both sides. For example, one poll asked about a preferred road trip route: Highway 1 or Route 66. The article described in detail the virtues and drawbacks of each route, complete with pictures and animated GIFs. I observed that it was a lot of work to put together for each poll.

Lelli admitted, “It’s a tremendous amount of work, and our writers do a fantastic job with that.”

Donoghue and Lelli seem to understand what Millennials and Generation Z want to do, at least as far as internet communication is concerned: they want to tell jokes and share their opinions on the internet without fear of being judged. The Tylt provides the potential to honestly express a binary opinion (no third option!) quickly and easily without the hassle of getting into an argument with anyone. It’s easy to share on social media, too, which is less a way to add to a morass of noise than it is a signal to your peers that you’ve participated in moving the conversation forward. Lelli made sure to point out that not only are the polls useful for political issues such as marijuana, or cultural issues such as road trips, but they are an important way to mark significant cultural shifts, especially when it comes to brand behavior. “We saw a shift after the Colin Kaepernick Nike campaign, where young people maybe felt a brand got it right and felt ‘okay, this is a brand supporting a thing that we believe in.’” This hasn’t always been true — for years prior to this, audiences have felt that brands should leave politics out of it. But, the Nike campaign resonated so much that consumers’ opinions changed.

This kind of audience engagement has hugely consequential implications for marketing, and marketers need to pay very close attention in order not to miss this boat. It’s true that one of the tools in a marketer’s toolbox is surveys, but perhaps more traditional surveys are not optimal for up-to-the-minute data on what a particular demographic is feeling at any given moment. And there’s the rub: marketers need data not just every few months, but perhaps every few weeks or days. Having fresh, relevant data that shows what people want is invaluable for a marketer to remain several steps ahead of the competition. People want to be closer to their brands, and let brands know what they think. It’s up to marketers to figure out how to design the right receiver to pluck out the consumer’s signal.

In the first part of a two-part report, Joe Stanganelli distinguishes One-to-Many ABM from mass marketing and segment…

Adapting to the culture of “less”

American consumers are waking to a harsh reality: We, our wallets and our natural resources are overextended,… 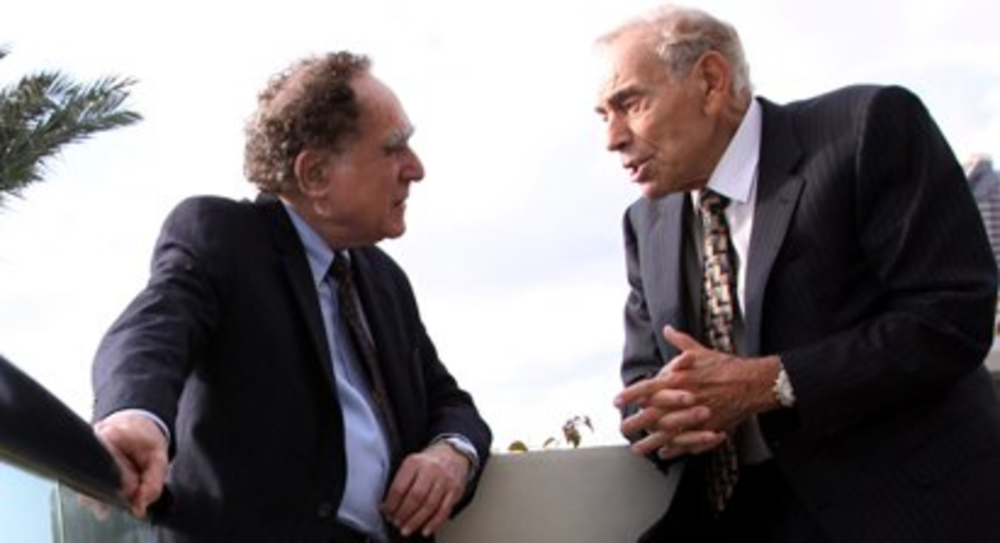 The giants of direct marketing need no intro­duction. These great innovators in the direct and digital marketing industry…