Gift cards continue to gain in pop¬ularity, according to a new survey from the National retail federation. But, new research from the Consumer Re¬ports National research Center paints a different picture.

The fifth annual Nrf Gift Card Sur¬vey found that gift card sales will total $26.3 billion this holiday season com¬pared to $24.8 billion in 2006. Gift cards are also in the top three gifts consumers plan to buy this year, with 56.6% of con¬sumers surveyed saying gift cards are on their list. Clothing and accessories make the list for 57.2% of shoppers and books, Cds, dVds, videos or video games were named by 57.1%. The sur¬vey was conducted by BIGresearch and polled 7,982 consumers from October 31-November 7.

Sales for gift cards have been steadily increasing over the past few years be¬cause of their convenience. As a result, retailers are more actively promoting gift cards and coming up with ways to differentiate their offerings from other retailers. For example, this year, several retailers are bundling gift cards with DVD content.

However, the Consumer reports sur¬vey of 1,003 adults that was conducted in October found that 27% of those who received gift cards during the 2006 holi¬day season had not used one or more of them nearly a year later compared to 19% who hadn’t used them in the pre¬vious year. the most common reasons people gave for not spending their gift cards were that they didn’t have time to shop (58%) or couldn’t find anything to buy (35%).

Additionally, the NRF released its top 10 tips for Buying Gift Cards, based on its findings. It noted that 92% of the nation’s top retailers have no expiration dates or dormancy fees associated with gift cards, but that states with abandoned property laws are increasingly taking unredeemed gift cards more than two years old into the state treasury. Also, card issuers such as VISA and Master¬Card are more likely to expire fees, and some bank-issued gift cards charge a fee for checking the balance.

With the launch of its wholesale Web site this month, eGarden.com, a wholly owned Internet subsidiary of U.S.…

The marketing departments of large corporations have always been mandated with creating an integrated, brand-focused customer experience across… 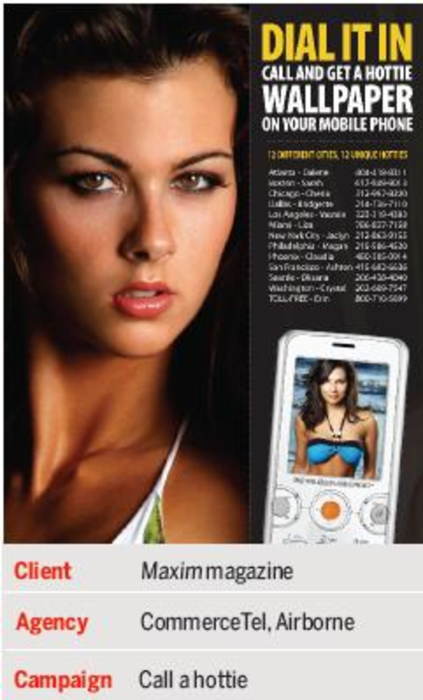 AlphaMedia Group is running a full page house ad in the July Maxim, which encourages consumers to “call…