The Wednesday Stack: Sprinklr — A New CXMO for the Unicorn

If you’re widely recognized as a top tech unicorn, and you have a 2016 $1.8 billion valuation in your rear-view mirror as you reinvent social media management as customer experience management, and you find yourself in need of a new CMO (or something similar)…you can probably recruit someone at the top of there game.

That’s what Sprinklr did with yesterday’s announcement that Grad Conn has joined the New York CX platform as CXMO  (that’s Chief Experience Marketing Officer), on the back of seven years as CMO for the Microsoft U.S. business.

Leave a C-suite position at Microsoft for a private, late stage venture up-and-comer. Over dinner last week, and in a telephone conversation yesterday, Conn explained that he had both professional and personal reasons for doing so.

Conn became a premier Spinklr customer several years ago. “Microsoft is a very sophisticated user of Spinklr, and I’m a very big fan of what it can do.” While at Microsoft, Conn participated in Sprinklr’s evolution as a customer, spoke at Sprinklr conferences, and “was happy to evangelize for Sprinklr as a customer.” On the personal front, his wife and daughter, with careers in the arts, have been spending more and more time in New York. “I got to this point where I was ready to leave Seattle, and thinking about what I wanted to do next, this rare opportunity came up to work for something I had a lot of passion about, and believed in from the beginning.”

Conn had two careers, effectively, at Microsoft. He started out at Microsoft Research as a “product person,” and was recruited to the U.S. subsidiary because marketing was becoming more technical. Conn had a marketing background already (with Procter & Gamble), but in the interim had become “more technical. This blend of traditional and technical was needed, so I was brought into Microsoft U.S. to transform the way their marketing was working.” Among other things, he introduced social selling (a step in the direction of acquiring LinkedIn) and social engagement (with Sprinklr). “It was an exciting opportunity to be part of the martech revolution, with a company which had a lot of resources but had gotten a little bit behind the times.”

Why Sprinklr for Microsoft? The selection process for a social media engagement vendor began towards the end of 2011, and involved discussions with around 15 different companies. “What we noticed was that a lot of people were talking about social listening, but we knew we needed to talk to people; that they had challenges we needed to solve. And that we’d need to leverage these social channels for advertising. No-one had the skill-set which extended across all those needs. All of them, including Sprinklr, were clearly embryonic.” The decision was to choose a solution based on its strategy and long-term vision. Sprinklr stood out as being strongly focused on large enterprises, and understanding the importance of governance. “Not the coolest thing to talk about, but for Microsoft, knowing compliance would be locked down, that there would be an audit trail, and security would be handled — it made it a pretty easy decision.”

Experience and the “moments of truth and use”

As a CXMO, Conn doesn’t hesitate to acknowledge that the X word is being “bandied about liberally these days. For me, it’s all about how you feel as you use something.” He brings it back to Procter & Gamble’s “two moments” philosophy, the first “moment of truth” relating to a purchase decision, the second to actually using the product or service purchased. In the moment of “use” you have the opportunity to live up to consumers’ beliefs and expectations. “Too often companies are focused on just the first moment of truth: getting the sale.”

In the B2B technology space, fulfilling the promise of a seamless user experience has not, in Conn’s view, been a strong point. “I’ll be focusing on making sure people have an amazing second moment as they start using Sprinklr. If someone has a delightful second moment, that reinforces the first moment, and then they start to talk about it in a feedback loop which millions of people might hear.”

Goodbye yellow brick road. Elton John will be heading toward his three-year long farewell tour starting in September 2018. His team has partnered with Google to create the Farewell Yellow Brick Road: The Legacy – a compilation of some of his most famous performances. I got a peek at the VR head-set version of experience last night. While it would seem impossible to cram 50 years of a successful music career into a six-minute film, Google, the Spinifex Group (the creative studio behind the film), and John’s own Rocket Entertainment music company, are planning to promote his music legacy through AR/VR before his farewell tour next Fall. — Colleen Mills

Looking for DMN on the road? I’ll be at Marketo’s Marketing Nation shindig in San Francisco next week. Amy Onorato will be taking a LEAP to Nashville for Workfront. 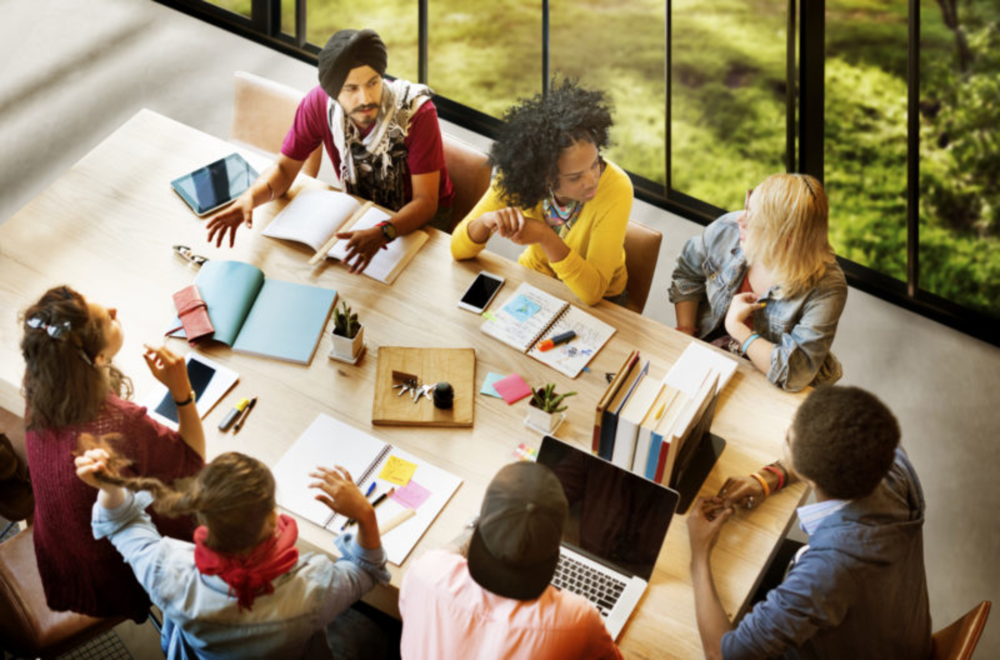 4 Tips for Inspiring Your Marketing Teams

On LinkedIn, workers regularly gripe about management techniques that crush their spirits and demotivate them. Why do managers…

AIDA versus Micro-Moments: The Differences That Matter