The Rise of Martech and the Fall of Marketing?

The gang’s all here, I thought, lurking the corridors of MarTech Boston this week. Familiar faces, new faces, plenty of vendors. What better time to take the pulse of marketing tech and fine out what everyone’s talking about?

But my main question was: Why marketing tech exactly? If digital transformation is re-making the entire brand-customer relationship, why should marketing own the technology which is making it happen?

Scott Brinker is the face of MarTech, the conference. He’s the indefatigable moving spirit behind the independent-minded Chief Martec blog, and he recently joined Hubspot as VP of platform eco-system. As usual, I liked some of the things he had to say about the marketing tech eco-system, especially: “This is not just about marketing.”

He’s surely right. If we’re talking about a cross-organizational commitment to CX, that the logical consequence is that unified data on the customer (that single source of truth) should drive everything from ERP, product and supply chain, through marketing and advertising, to sales, service, and support. And right through the customer lifecycle too.

Maybe vertical competition is the odd one out there, but certainly the other four themes should be infecting every part of the corporate body (in a good way), not just the marketing department.

I set out to explore my thesis: among marketers, of course.

The custodian of technology

Based out of Toronto, Canada, LookBookHQ is one of many marketing tech solutions which can be defined by what it’s not. It’s not a campaign execution tool; not a content platform; and not a DAM. But for brands using creative assets to execute campaigns, LookBookHQ brings AI-powered intelligence to bear on content performance.

“What if we could get better insight into how people consume content and engage with it?” is the driving question, as expressed by Elle Woulfe, VP of marketing.

While it “takes cues” from the B2C word, Woulfe said, LookBookHQ is designed to bring content intelligence to B2B marketers, pushing them out of the rut of just getting clicks and hoping prospects won’t disengage. LookBookHQ also powers content recommendations. “If we know who you are, it’s really easy to do.” But unknown prospects can be targeted too, based on the content consumption behavior past users and how assets are shown as interrelated through tagging.

I asked Woulfe about marketing tech’s big themes. “ABM is what everybody’s talking about everywhere you go,” she said. “But that’s a tech solution to solve a problem which is mainly a process and content problem.” She does see changes in the space. “The tide is starting to turn. Marketing automation is table stakes, something [marketers] can’t do without. But it can’t do everything they need.” Marketers are forced to ask: “How can I find the few things that add incremental value?’

From Woulfe’s perspective, of course, that’s where a solution like LookBookHQ comes in, giving marketers an alternative to “flying blind” where content is concerned.

But why, I asked, are we all so focused on marketing as the hub for digital transformation? “Who else would it be?” was Woulfe’s immediate response. “Marketing has become the custodian of technology.” The customer experience, she continued, is hardly a core competence of Sales. The truth is, marketing teams now tend to have the tech people on their staff already.

What this means in practice is that, in addition to native Marketo apps for familiar service like email, ABM, and — yes — marketing automation, the Engagement Platform supports hundreds of partner (or ISV — independent software vendor) solutions, with capabilities Marketo doesn’t natively offer. That’s Robin Ritenour’s bread and butter, as SVP for business development, partner strategy, and alliances, and she’ll readily describe Marketo’s approach as a “category buster” — neither best-of-breed solution nor all-in marketing cloud, but an agile route between the two.

That’s an easily anticipated perspective on Marketo, but what she had to say when I asked why marketing should own engagement was less predictable.

“I think marketing won’t exist. The funnel disappears. You can’t drive somebody through a [traditional] customer journey.” Someone is going to own the customer experience, she conceded. Maybe a Chief Engagement Officer. Best practices, she explained, will be forced to change in response to the multiplicity of data-points and touch-points.

Whoever is going to be steering the ship will still need to deal with AI. “AI is everywhere,” she said. “AI within the platform; AI powering the eco-system. It’s interesting to think about where we will be in two, three, or five years. How will we apply AI to use cases?”

The significance of AI only underlines the importance of data, because it’s only as good as the data. Data quality, data cleaning, and data management are all crucial. Look at the ads for data scientists on GlassDoor or Ladders, she suggested.

I asked whether there was enough data in the B2B space to support AI, outside large enterprises. Yes, came the answer: “They have the data. They haven’t surfaced it yet.” Transactional data, product data, ERP data, it’s all there. And if a B2B brand wants to expand its data set, it can start back-engineering lookalike data (from similar accounts) into its own machine learning algorithms, predicting churn and identifying cross-sell and up-sell opportunities.

Brands are at different points along the maturity curve, she admits, and refers back to something Scott Brinker had emphasized in his keynote. It’s not just about technology; it’s about people and processes too. Whether those people are in a marketing department or not.

Brand is the sum of CX

Seattle-based Marchex has been around some 13 years with an evolving solution for call tracking. What was once the relatively simple matter of understanding attribution by placing unique phone numbers on web properties has become, said Guy Weismantel, VP and CMO, a “more sophisticated” approach to tying offline sales to marketing media.

The Marchex offering is tripartite: Connect media to the call (attribution); understand what happens within the call; and use that information to acquire more customers like those making the calls. The second part of that strategy is, indeed, AI-powered, using as it does natural language processing to transcribe calls — “Every call,” he said — with a very high “match rates” even in comparison with IBM Watson’s touted NLP capabilities.

Marchex does have its own proprietary interface, but will also plug into many commonly used eCommerce and other platforms like Criteo, “augmenting the digital space with offline signals,” Weismantel said, with “more phone calls now being made than ever” — and, as Weismantel points out, someone who goes as far as making a phone call is demonstrating real intent to purchase. The solution mostly suits B2C, especially large brands like GM and T-Mobile.

Weismantel is comfortable with the idea of marketing owning the brand-customer relationship. “There’s a lot of talk around for the CFO, CIO, and CMO need to be more closely partnered together,” he said. But marketers do have more responsibility for tech purchases — and increasingly not just for “vanity purchases,” as marketing is seen as increasingly responsible for revenue. When it comes to tech, marketers must now “take a breath and ask ‘What’s required for my business?’ There’s an inflection point. How much tech can we consume?”

At the end of the day, Weismantel told me, “brand is the sum of experiences a customer has. Marketing is the natural home for that relationship.” On the other hand, things can go wrong when marketing “builds a wall around that. Other departments have not been standing still.” He foresees company-wide data and tech eco-systems.

But Marchex itself is “still trying to figure it out. We’re part of that story.”

Consensus, then, on the central importance of AI to the future of marketing, supported by good data; different views on whether marketing, as we now know it, will continue to own the customer experience end to end. But what if something was coming along which would blow out current understanding of customer data completely out of the water?

That might just be a reality, and Jeremy Epstein, former VP of marketing at Sprinklr, now CEO of the consultancy Never Stop Marketing, is tirelessly sounding the alert. He’s talking about an era in which there’s no CRM any more; in which customers fully own their own data; and in which brands will have to pay to talk to them.

Blockchain is complex, especially in its ramifications and consequences, but the short version is that switching from “real” to virtual currencies — like BitCoin — will lead to transactional, and ultimately all, customer data migrating to a decentralized ledger (the Blockchain), which will be neither owned nor managed by a central authority. Everyone will have the same data; it will be transparent; and it will be anonymized.

Science fiction? Not really: the Blockchain exists; what limits it so far is the finite use of virtual currency.

So why does this matter. Will B2B marketing, which surely has more to do with business than personal data, be affected by Blockchain?

Okay, so how does this relate to something like AI? “It will put a premium on people who can figure out how to do faster AI. We’ll all have the same data, and we’ll have greater confidence in the quality because we’ll know it hasn’t been tampered with.” This means, he said, that predictive modeling should actually be better under Blockchain.

One topic which was bubbling under (and perhaps should have been boiling over) at MarTech was GDPR, the stringent data regulations proposed by the European Union. Listening to Epstein explain that the data in Blockchain is owned by nobody but the users, it occurred to me that in a Blockchain world, GDPR would be irrelevant. Epstein agreed: “Blockchain is great for privacy. We wouldn’t need GDPR. In a Blockchain world, you’re in charge” (Users access their own data ‘wallets’ using private, cryptographic keys.)

Epstein’s mission with Never Stop Marketing is to raise awareness of Blockchain’s consequences by meeting with brands and “acting like a shot of espresso.” He doesn’t expect brands to reconfigure their businesses for Blockchain — after all, he doesn’t profess to know how fast it’s coming (although he does point to the exponential rise in value of Bitcoin) — but they can dip their toes into the water; for example, by working with a Blockchain-based adtech company like Papyrus, just to figure out the concepts.

Maybe my question about why marketing should own the data-driven customer experience will be erased by changes in the space we can’t yet fully imagine. “Some people will be better off,” said Epstein. “Some people are going to get hurt. But Hurricane Blockchain will make landfall.” 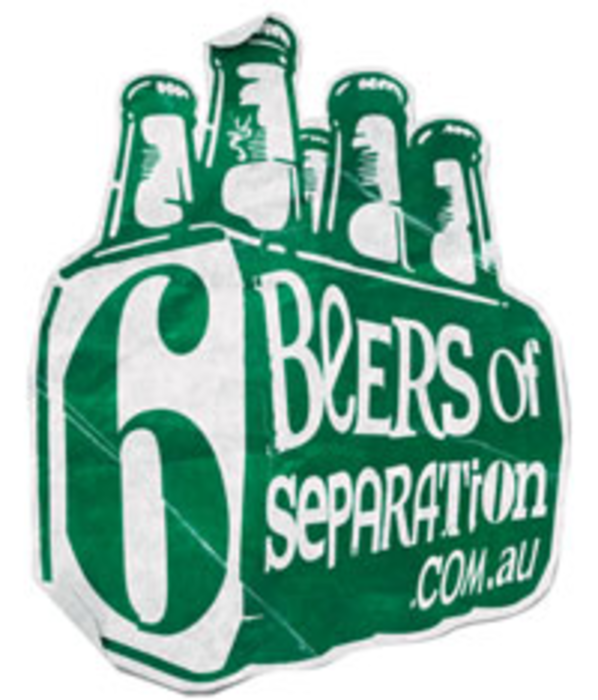 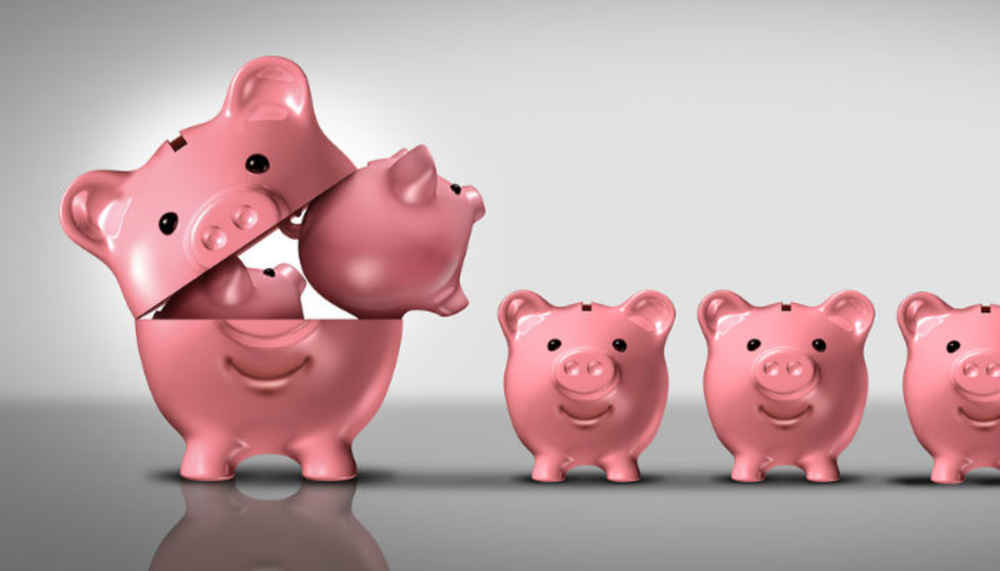 Email Gets the Biggest Budget Love in 2016

Email will be the top target for increased investment across all digital channels in 2016, according to the…