The Monday Stack: Catching Up with Steve Lucas

Of course you do. The high-flying executive who specialized in enterprise SaaS at SAP and Salesforce, before fetching up at Marketo as CEO just two years before it was acquired by Adobe —
perhaps the splashiest, if not the most expensive, marketing tech acquisition of 2018.

But maybe it’s time to catch up with him too. His feet are now under the desk at Adobe, where he continues to run Marketo, and he also authored a book summarizing his views on the engagement economy, something which kind of got lost in the big acquisition news cycle. He spoke to me last week.

A new home at Adobe

Adobe values the momentum established by Marketo in terms of customer acquisition, rate of growth, and product innovation, he told me. “Adobe — I can say ‘we’ now — wants to preserve that, and so Marketo continues to operate as a business unit within the larger Adobe organization, and I don’t see that changing any time soon. There’s a heavy lean-in on product integration, but it does feel like we’ve got this embarrassment of riches right now we’re really only beginning to scratch the surface of. We’ve already delivered on integration with some of the Adobe proper products.” Instead of taking five years to get to where the company would have been “as a standalone Marketo,” Lucas said, “we’re there.”

Another significant move is bringing Marketo’s large-scale Marketing Nation Summit ahead to coincide with Adobe Summit in Las Vegas, which should create a crowd of well over 15,000 attendees. “If there was ever a Woodstock of marketing, that’s it.”

Lucas emphasizes the brand equity in Marketo, especially as a leader in B2B marketing. “What I think we’ve done is to really refine and sharpen that story down to Marketo ultimately driving engagement for B2B marketers. If you ask our customer base, ‘What does Marketo mean to you?,’ the word ‘engagement’ surfaces constantly.”

Which brings us to the book, released in October 2018, but unfairly pushed aside at the time by the acquisition news: Engage to Win: A Blueprint for Success in the Engagement Economy — not the first time Lucas has committed to print on the subject, but the fullest statement of his views on what the engagement economy is, and why it’s important.

I kicked off by asking about the different between “engagement” and that other current buzzword “experience.” Chicken of egg, was Lucas’s immediate reaction: “Is engagement a function of experience or vice versa?  I think engagement is an outcome, and experience comes before — it begets engagement to a large degree.” One thing the book is hostile to is what Lucas calls “metrics of the past” — clicks, impressions, “expired measures of a bygone era.” The message to CMOs — and CEOs — is that they should be looking not at those old metrics, but at their success in making customers advocates for the brand: “How much of a community are we creating? Who really supports our brand? Do we understand their values, and do they understand our values? Every time I meet with a CEO or CMO, I ask a simple question: how many brand advocates do you have? I’ve never gotten an answer.” Lucas underlines that he’s talking about earned advocates, not paid influencers.

Perhaps the key to Lucas’s message lies in the example of TOMS shoes, a brand which donates to a social cause (it started with shoes for the shoeless) every time a purchase is made. “I just don’t get how shoes that look like they were made out of hay from a field can be so popular.” Lucas apologizes to lovers of the footwear. “But here’s what I do know. If you buy a pair, they donate a pair, and everyone understands that. TOMS is built on a value set their buyers are aligned with and passionate about. It’s not just buying shoes — it’s an act of philanthropy. I’m not saying this is the future model for all businesses, but TOMS shoes is really dialed into the values of their customer base.”

It’s an example of building a community of brand advocates in a way which can measured and quantified.  But making the relationship between a customer and a brand an ethical (let alone political) one raises its own challenges, doesn’t it? Should B2B brands be concerning themselves with values? “Well, unequivocally,” said Lucas. “A recent survey by a very reputable brand agency on B2B found that 69 percent of B2B buyers will only do business with organizations they feel understand and share their values. That’s powerful. That’s not lowest price, or you got the RFP response right; those things are out of the window entirely. This should be a huge wake-up call. I think it’s a harbinger of things to come, and what’s behind it is that we live in this crazy world of glass now.”

It’s just in the last ten or twenty years, Lucas mused, that we’ve adopted mass communication through pieces of glass, almost as a replacement for face-to-face contact. “Marketers are forgetting that there’s a human being that’s the endpoint. We have to bring value-driven conversation into our engagement — less communication but higher value.”

Another of Lucas’s key themes is that people are tired of being marketed to. There’s no point, is there, in a company trying to shout over their competitors? “That’s exactly right. We’re in a very loud, global room right now, more shouting won’t help, and ultimately you’ll get drowned out. If we can achieve a higher purpose or meaning — and measure the impact — that will set us apart.” One route to get there, Lucas believes, is pivoting from the CMO role — the role of marketing to people — to Chief Engagement Officer — the role of engaging with.

But isn’t there a risk of forgetting about products and services if we place all weight on engagement? “Engagement isn’t just a set of activities or an ethos. It is the product itself. Have you ever seen an ad for Uber? The product itself is the driving of engagement within the app.”  He applies the same analysis to brick and mortar. “Why on this planet would a company like Amazon buy physical grocery stores. Oh, Whole Foods has this world-class home delivery service and that’s end game. Really? That’s not the end game. Amazon understands that the product is the entire store, from the moment you enter until the moment you leave, and the values of the brand are reflected on every shelf and in every step.”

Toward the subscription economy

Is there a relationship between engagement and the down-grading of ownership? Ironically, the thinking applies to B2B tech, which is increasingly sold on a cloud-based subscription model: people today, and especially Gen Z, are less concerned with owning a product than with enjoying an experience. “I think there’s definitely a parallel here. We’ve traditionally equated ownership with status. What’s becoming abundantly clear is that, in the subscription economy, ownership is becoming less equated with value. I don’t have to own a car to derive value. I think it’s an unstoppable force.”

Products will become services, indeed, and Lucas cites a book (The Inevitable by Kevin Kelly) that hypothesizes shoes becoming a service. “I’m going to go out on a limb: I want to own my shoes. I think there’s kind of a line you draw. But I do believe we are headed towards 90 percent of what we use, consumer, and do will be through services. I want the day to come when I get house-as-a-service.”

That’s a glimpse of the future, but engagement is today. It’s measurable. And it’s changing not just the way brands think, but the way consumers think about brands.

For a completely different view of the role of brand values, see our recent discussion with Dan Granger of Oxford Road. 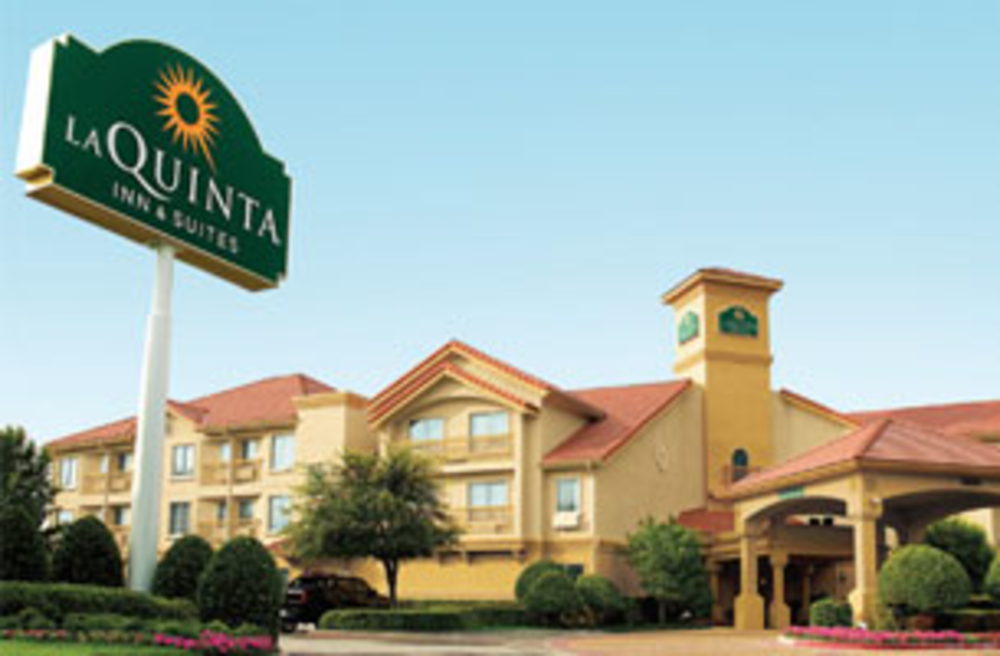 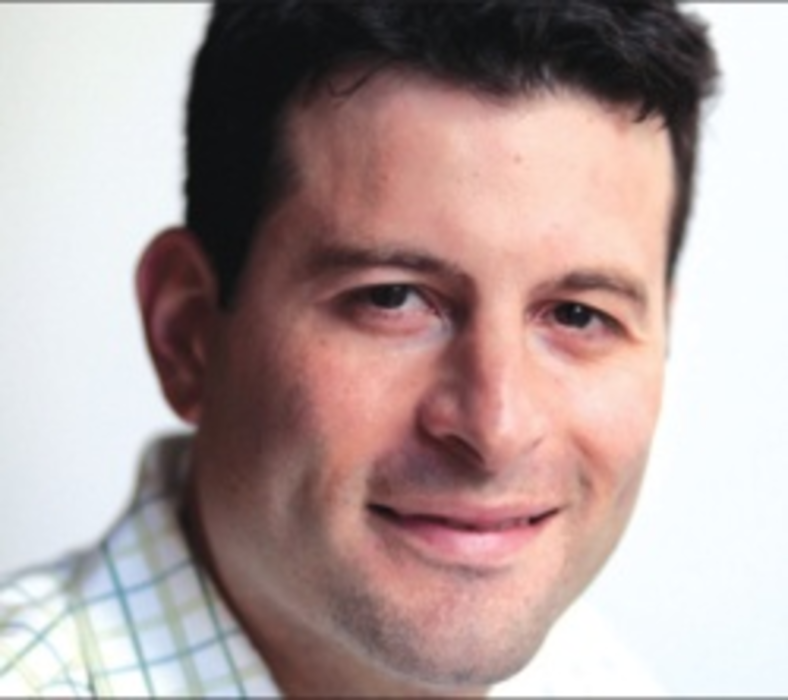