The Madigan Case: Fundraising on Trial

Sometimes the road to the U.S. Supreme Court is a long one. In the Telemarketing Associates case it was nearly 12 years, beginning with the state of Illinois suing the company in 1991 over a contract it held with VietNow, a charitable organization.

In part, the complaint alleged: ” … did not advise the donors that the campaign was being conducted pursuant to private for profit contracts whereunder a negligible amount, or only 15 percent of all funds raised would be given to VietNow and used for its charitable purpose.”

Though many observers viewed this case as a narrow attack on professional fundraisers and telemarketing, it was much more. This was not a telemarketing case. It was a nonprofit fundraising case with potential far-reaching implications: Illinois’ reply brief made it clear that donor acquisition mailings would be subject to the same analysis as in the case at bar.

The case was appealed to the Illinois Appellate Court, which upheld the trial court, and from there it went to the Illinois Supreme Court. Once again, the decision was affirmed. Illinois then proceeded with filing a writ of certiorari with the U.S. Supreme Court. A writ of certiorari is a discretionary appeal, and only a minute percentage of all requests are granted by the court.

The only way the defendants could have withstood the attack that was being brought by Illinois was to disclose their cost of fundraising at the point of solicitation. Illinois statutes had no provision that required such a disclosure be made. Furthermore, in 1988 the U.S. Supreme Court struck a North Carolina statute that mandated a point-of-solicitation disclosure of fundraising costs. Those of us watching the case thought there was little likelihood that the Supreme Court would grant a writ of certiorari.

But the writ was granted in November 2002, and the case was scheduled for hearing March 3. It was a remarkably quick turnaround for a case that had been hanging around since 1991.

When Illinois filed its brief, it found support in amici briefs (amici means “friends of the court”) filed on behalf of AARP, the Better Business Bureau, 42 state attorneys general and the U.S. solicitor general on behalf of his office and the Federal Trade Commission. Illinois was backed by a daunting lineup of supporters.

When Telemarketing Associates filed its brief, it also was supported by amici briefs. These represented 230 nonprofit organizations as well as most every major trade association in the nonprofit and fundraising industry, plus a host of professional fundraising consultants.

Though nonprofits had lent support to amici briefs in earlier cases, never had 230 joined in a Supreme Court proceeding. When I argued another landmark fundraising case, Riley v. National Federation of the Blind of North Carolina, Justice Antonin Scalia noted during oral argument that though North Carolina considered its legislation pro-charity, more than 60 charities were represented in the courtroom, all in support of the respondent. We hoped that having 230 nonprofits supporting the respondents in this case would have an even bigger effect.

Many people have speculated as to why the court took the case. Obviously, we will never be privy to the reason. Our question presented was: “May a state prosecute a claim of common fraud based solely on the failure to disclose the cost of fundraising during a solicitation for a charity when government believes the cost is too high?” During oral argument it became apparent there was confusion as to whether there were allegations of actual misrepresentations in the record. The Illinois Supreme Court found that there were none.

In presenting the case, I thought several important points needed to be made. First, what a charity spends on persuasion should not be subject to government review. The First Amendment guarantees the right to nonprofits to zealously support unpopular causes. The worth of an organization is its message and its accomplishments, not its fundraising efficiency.

The second point: The state was arguing facts that were not in the record and not part of the question presented to the court.

We wanted the court to understand that for Illinois to win the case, the court had to be prepared to reverse the trilogy of Supreme Court decisions in the 1980s that dealt with overreaching unconstitutional government regulation of charitable fundraising: Schamburg, Munson and Riley.

We countered the argument that unsophisticated donors had to be protected by noting that Illinois, like most states, has a series of disclosures that must be given at the point of solicitation when fundraising is undertaken by a professional fundraiser. These include a disclosure of the professional status of the caller as well as that a copy of the contract and other financial information is available from the Office of the Attorney General.

Several of the justices noted the presence of the nonprofit community in the case, and that charities can and do have high fundraising costs for legitimate reasons. Illinois was forced to confront the fact that it was arguing in favor of the standard-less regulation of fully protected speech, urging that a charity or fundraiser can be guilty of fraud even if no misstatement is made. Justice Stephen Breyer asked how the state could prosecute for fraud when there was no fraud.

A decision in this case is expected before June 30.

Blair Corp. will discontinue its 4-year-old Crossing Pointe catalog early next year so it can focus on the…

Telemarketing as we knew it has changed since the Federal Trade Commission’s do-not-call registry took effect. For inbound,… 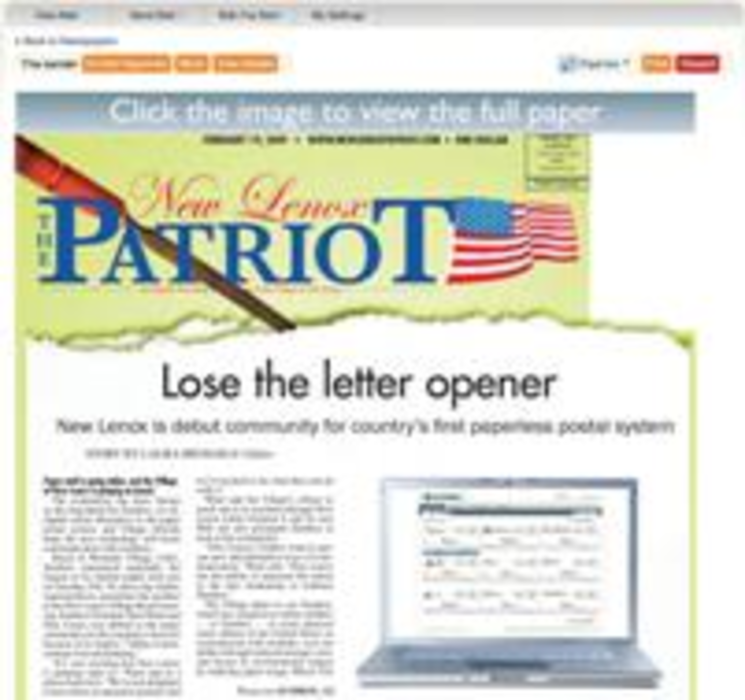