The CMO of the Future

Brand builder. Creative director. Revenue generator. The chief marketing officer encompasses a variety of roles that differ based on company size, level of marketing maturity, industry, and so on. But one aspect of the CMO role is now central to the position: strategy. Kim Ann King has experienced this evolution firsthand. In her previous role as CMO of SiteSpect, and now as EiQ Networks’ VP of marketing, King “is far, far more strategic” than in prior marketing positions. “I’m held accountable for a percentage of revenue, so I have to measure and optimize everything,” says King, author of The Complete Guide to B2B Marketing. “I still know some [marketing executives] in B2B technology companies who don’t own 25 to 50% of their revenue commitment. I just don’t think that’s going to last.”

What will last is opportunity—for marketing leaders who ignore the hyperbole many industry insiders use when describing the current and future state of the CMO and instead focus on the realities of what it takes to succeed in marketing today.

“CMOs have to move beyond the chief ‘marketer’ in their title,” says Forrester Research VP and Principal Analyst Sheryl Pattek. “They should step up their influence in the C-suite to become a full corporate officer while understanding the business influence they have. CMOs who have evolved in that way are being tapped for CEO in some leading organizations.”

“This is the golden age,” says Ashu Garg, general partner at venture capital firm Foundation Capital. “I can’t imagine a time in history when it has been better to be in marketing.”

How we got here

Digital transformation serves as the central plot point in the story of the CMO’s evolution.

“They wanted information and guidance on a range of technology,” Genovese recalls. The questions marketers were asking about technology development differed from those their IT counterparts were asking. So, Gartner created a new business line, Gartner for Marketing Leaders, designed to address the marketing function’s needs as the growth of marketing technology absolutely exploded. While estimating current total marketing technology spending at $1.2 billion, Foundation Capital projects that companies around the world will spend 10 times that—$120 billion—on marketing technology a decade from now.

Marketing technology has equipped marketing organizations with the evidence they desperately need to support, or refute, their company’s understanding of customer behavior. Digital channels give marketers a “clear line of sight into why customers buy, when they buy, and how they buy,” Genovese says.

This vision has given marketers much greater influence in their organizations. “It has moved marketers from being advertisers, writing press releases, and those types of activities, to serving as bona fide leaders and equal members at the decision-making table with other C-suite executives,” says Tom Seclow, who leads the North American marketing officer practice for executive search firm Spencer Stuart. “The core skill of marketing is to understand customers and the behaviors that drive their decisions. And this understanding turns out to be core to every business.”

Genovese agrees, noting that marketing is increasingly viewed by the rest of the C-suite, and the entire company, as the function with the potential to know the most about customers. “And when you know the most about customers you become very important to your company,” she says. “But with this great responsibility comes great accountability. CMOs are being asked to run P&Ls and to identify how their spending directly affects the bottom line.”

These insights, technologies, and accountabilities explain the blistering pace of change in marketing and the CMO role—and why it sometimes astounds even the most seasoned marketing leaders. Foundation Capital’s Garg, for example, started his career in Unilever’s marketing organization and later served as the general manager for Microsoft’s online advertising business, among many other marketing, consulting, and entrepreneurial stops. He recalls a recent conversation with the CMO of a large bank that surprised him.

“She said to me, ‘The two most important people in my organization are my chief data scientist and chief technology officer. Every morning I check in with them to see how they’re doing,’” Garg recalls. “I almost burst out laughing because here is this amazing storyteller who works for one of the largest financial services organizations in the world, and she’s making sure she talks to her data scientist and her tech nerd every day. It shows me that the people who currently sit in the CMO seat are committed to changing and evolving.”

The fluid nature of the role, as well as the uneven pace of evolution (some CMOs are transforming faster than others), make it difficult to predict what the position will look like in the future. Even so, two qualities seem certain to be valued.

The first relates to the position’s central objective: “It has become important for CMOs to recognize that the brand and the experiences their customers have across every touchpoint of the organization are one and the same,” Forrester’s Pattek says. “They can no longer disassociate brand and customer experience. Our view is that the CMO takes leadership in defining what the brand promise is and in defining what the customer experience needs to be like to bring that promise to life.”

Pattek adds that CMOs should continually look for ways to “make it easier for companies to do business with you” via digital technology. “If they don’t, they run the risk of being supplanted by another C-suite executive who will do that.”

Second, it appears highly likely that CMOs will fulfill myriad roles and responsibilities. ScribbleLive SVP Larry Levy, who led his company’s collaboration with Forbes and LinkedIn to rank the world’s 50 “Most Influential CMOs,” clarifies what this looks like. The ‘ideal CMO profile,’” he says, “is strongly cross-disciplined, which is different than [being] a ‘master of all.’” The latter, Levy notes, does not sufficiently describe the depth of expertise current and future CMOs will need to thrive.

When asked to look deep into their own crystal balls, marketing experts say CMOs of the future will need to fulfill the following five roles, which could lead to a bigger sixth role:

Storytellers who are data lovers

EiQ Networks’ King agrees with the need for CMOs to become more data-driven. One of her predictions is the “complete, seamless integration of my marketing technology toolkit,” she says. “That means none of this wackadoodle integration and tool-by-tool building of marketing technology. You will buy one thing, click on a button, and it’s seamlessly integrated into your environment.”

But King also stresses that traditional creative skills remain equally important. “We don’t talk about them as much because everyone’s all about the data,” she notes, “but the role’s key competencies around emotional quotient, understanding people, exquisite writing, and solid process-driven project management remain vital.”

Spencer Stuart research confirms the need for both skill sets, and suggests that CMOs need to work on their toggling: 70% of surveyed marketing leaders indicated that creativity and analytical ability are equally important, but only 19% of respondents said their functions were striking the right balance between the two competencies.

Caren Fleit, senior client partner with executive search firm Korn Ferry, says that companies hiring CMOs want a leader who possesses “the ability to think strategically across the business” and a “customer-centric lens to innovate in a much broader sense than ever before.” This innovation extends beyond product, services, and brand communications into new go-to-market approaches.

Spencer Stuart’s Seclow notes that leading CMOs are intimately involved in strategic decisions, including those related to potential mergers and acquisitions. Leading CMOs, he adds, are responsible for all aspects of marketing, but also for applying their understanding of the customer and of the business to “look around the corners” to spot new, strategic opportunities.

While CMOs are increasingly responsible for defining and managing the customer experience, they cannot possibly own all customer touchpoints. This requires them to wield influence through hands-on collaboration and inspirational leadership. Korn Ferry’s analysis shows that customer-centric marketing executives are much more active in promoting collaboration across the enterprise than their counterparts who are more traditional marketing executives.

The competencies that the best CMOs exhibit today include strategic thinking, the ability to innovate, and “collaborative, inspirational, cross-functional leadership,” Fleit says.

Seclow reports a similar emphasis among the top CMOs he works with. “Companies need a CMO who knows how to create a vision and lead through influence,” he says. “We see that all the time: CMO roles where the marketer has to be an evangelist and enlist the support of people outside of [his] direct control, which includes other C-suite members.”

CMOs need to put on their construction hats in response to all of the changes disrupting their operations. Genovese says a key CMO competency is the ability to build new organizational structures while creating and hiring for new marketing roles. “This need is ongoing,” she explains, “because the [function’s] structure has to continually adapt to changing customer preferences and new technology…. A lot of marketing departments were designed 30 years ago and have not adapted to changes in customer preferences, technology, and channels.”

Seclow confirms that this capability shows up regularly in CMO searches. “The marketing function has become highly complex and very specialized,” he says, rattling off a range of specialties related to analytics, SEO, SEM, PR, brand management, and more. “You want a CMO who can lead an organization of experts. This requires a lot of recruiting, hiring, and training.”

CMOs also need to rethink how they source from vendors as the marketplace undergoes its own transformation. “I don’t think agencies will go away, but the role they’ll play and the kind of agency that will exist in five to 10 years will look very different than they look today,” says Foundation Capital’s Garg, who believes that many agencies of the future will resemble IT services companies.

Genovese believes that sourcing—from both external and internal partners (e.g., IT)—qualifies as a crucial competency. She also agrees that many traditional agencies are remaking themselves into digital businesses. Keeping pace with these changes is important for CMOs because it’s becoming impossible for marketing to execute its mandate without help from partners. “All of these partnerships are crucial,” Genovese says. “It’s important to understand what role the CIO plays in your sourcing. And it’s important to keep in mind that the best business case will win. Business cases rule in technology.”

Executive search consultants report growing interest in CMOs as CEOs, as well as board director candidates. “CMOs who are successful today are more apt to be qualified for CEO jobs down the road than CMOs from 10 years ago,” Fleit says.

Spencer Stuart research indicates that 18% of Fortune 500 CEOs have a marketing background. Although former CMOs may be relative newcomers to the CEO position, Seclow’s colleague Greg Welch, a Spencer Stuart senior leader, recently described the CMO role as “a wonderful platform from which to lead.” That translates not only to leading companies, but also to becoming leading candidates, down the road, for board seats. Currently, only 40 of the approximately 9,800 board seats among Fortune 1,000 companies are occupied by marketing executives, but that likely will change in the future. Anecdotally, Seclow and his colleagues are seeing more interest in CMOs during their board searches.

The extent to which that figure—as well as the CMO position itself—changes during the next decade is anyone’s guess given the dramatic changes marketing has undergone in the past five years. “The one thing that’s sure in this world,” Fleit says, “is that: a) the role will be different; and b) we have no idea exactly how.”

Understanding the Customer through Big and Small Data 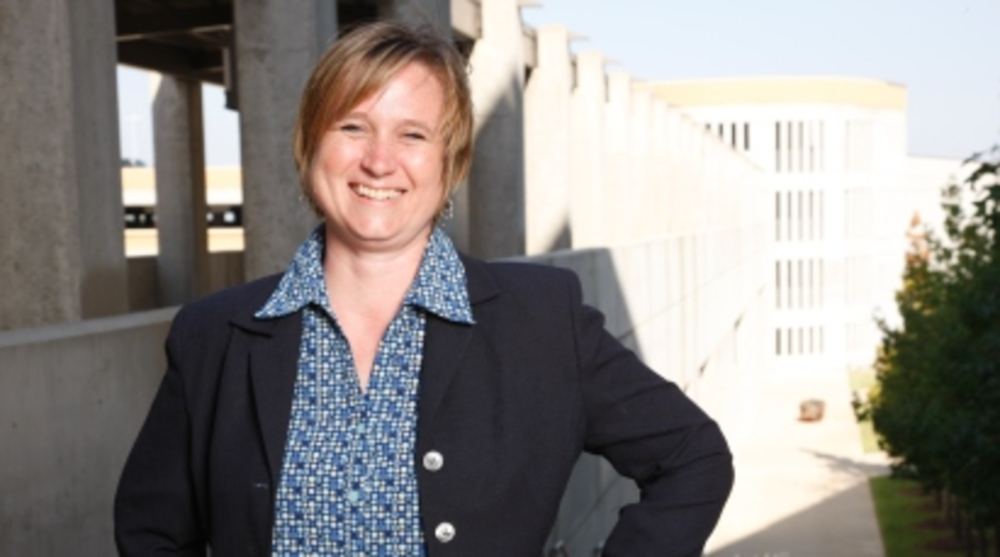 In 1996, few people would have guessed that Travelocity would turn into one of a small number of…