The Campaign Beat: A Round-down Count-up

It’s the end of the year. In fact, it’s the last day of the year. December is the month of countdowns, roundups, and lists of every description, so I thought I’d get my own in, just under the wire.

Please to enjoy this listicle (yeah, I said it) of five neat campaigns from 2013:

Some food is just out of this world—literally. To demonstrate the versatility of its sauces—and to boldly take its kosher, preservative-free marinades where no marinades have gone before, sauce brand Soy Vay (best name ever) put together a crazy little stunt that saw it send two perfectly innocent chicken breasts into the stratosphere in a specially designed polystyrene “space cooker” made to resemble a Soy Vay bottle and to withstand the sub-zero temperatures of the upper atmosphere. (Check out the video above.)

A squad of actual physicists and rocket scientists built the thing, inside of which was deposited one pound of organic, free-range chicken breast marinated in Soy Vay Veri Veri Teriyaki sauce and vacuum-sealed in plastic and suspended over a water bath. The chicken, which was launched from a park in Nashville, reached a height of 104,572 feet and spent just shy of two hours slowly cooking at 155 degrees Fahrenheit, before returning to Earth. A team of Soy Vay “chicken chasers” tracked down the Soy Vay pod using GPS and sampled the chicken within. The verdict: Yum.

Yeah, it was kind of silly. But it was also kind of hilarious. And it wasn’t just a stunt for the sake of doing a stunt. Soy Vay made sure the crowd that had gathered to watch the chicken launch was packed with bloggers, all of whom were sent little care packages—which included astronaut ice cream, light saber chopsticks, and NASA-branded oven mitts—to get them in the mood. Results were also pretty tasty: Just two weeks after the event in October Soy Vay garnered more than one million organic social impressions across Facebook and Twitter, and gave away more than 20,000 product taste samples to Nashville-based consumers.

IBM’s Smarter Planet ads, created by Ogilvy, have been around for several years and I really dig them, I must say. They’re stylish, they’re boldly colorful, the taglines are simple and informative—I wouldn’t mind wearing these ads if they were made into t-shirts. (IBM, you can use that idea for free.)

Each ad takes on a different aspect of IBM’s Smarter Planet initiative, which is all about streamlining technology to make the world a better place to live. One ad talks about how IBM analytics are being used to cut crime in NYC; another demonstrates how the healthcare industry is being personalized in Spain.

This year, one ad in the collection got a little competitive, informing the public about IBM’s standing in the cloud-computing race. As the ad, which ran in The Wall Street Journal (click image to enlarge), saucily asks and answers: “Whose cloud powers 270,000 more websites than Amazon? If your answer is IBM, you’re among the well informed. The IBM cloud offerings also support 30% more of the most popular websites than anyone else in the world.”

God help us all: The word “Selfie” (self-portraits taken with a smartphone) was added to the Oxford English Dictionary in 2013. (Sorry, posterity.)

But however you feel about selfies, SugarCRM successfully harnessed the power of the selfie for a cute engagement effort at this year’s Dreamforce conference in San Francisco. The concept behind “Escape Dreamforce,” which SugarCRM created with help from Gyro San Francisco, is simple and fun: Dreamforce attendees who snapped selfies of themselves wearing SugarCRM t-shirts—tagged #SugarSelfie and #DF13—were automatically entered into a contest for the chance to win a vacation to Hawaii or a cash prize.

SugarCRM promoted the effort on taxi-tops in the San Fran area and through geo-targeted mobile banners. Each of the 4,000 T-shirts distributed by the company was emblazoned with the words: “This is how I CRM.”

So, I don’t know anything about Fantasy Football and I still think this is funny: Lenovo, an NFL sponsor, partnered with DigitasLBi and king of sarcasm The Onion for a mockumentary Web series called Tough Season about the trials and tribulations of Brad, a hapless fantasy football coach who’s desperate for FF glory after coming in last place in his fantasy league eight years running.

As a “sponsor” of “Brad’s Awesome Team,” Lenovo gets lots of nice product placement in the series and it’s not forced at all. Several NFL stars—including Chicago Bears running back Matt Forte—even make cameos. But the series is just a jumping off point for a nicely integrated interactive campaign.

Not only did Lenovo host a “Fantasy Football Coach of the Year” contest on NFL.com—grand prize: a trip to Hawaii (seems like everyone’s giving away trips to Hawaii) to help select one of the 2014 Pro Bowl squads—fans of the series were able to interact with the Coach Brad character on Facebook and Twitter.

The whole thing was very polished, with real celebrities, seamless social engagement, quality digital video, and a multichannel push that included everything from email to mobile display. In total, the Web series and related social content generated more than 12 million video views.

The back story is this: Apparently there has been a growing number of requests from the Spanish populace for exorcisms and to meet the demand, the Cardinal Archbishop of Madrid actually selected and trained eight Catholic priests to take on Satan. Yep. That happened.

Anyway, Spanish distribution company Betta Pictures, with help from Proximity Barcelona, decided to cheekily hinge the promotion of horror flick “The Last Exorcism Part II” on this bizarre-but-true news by offering the eight exorcist priests free VIP access to a special premiere screening of the film to help them complete their training. Free entry was also offered to any and all Catholic priests looking to learn more about exorcism. Interested priests could sign up for their free tickets via a microsite at entradasparasacerdotes.com (add /en to the end of that if you want to see it in English).

The archbishop was also invited as a guest of honor, but nowhere could I find online whether he actually attended. 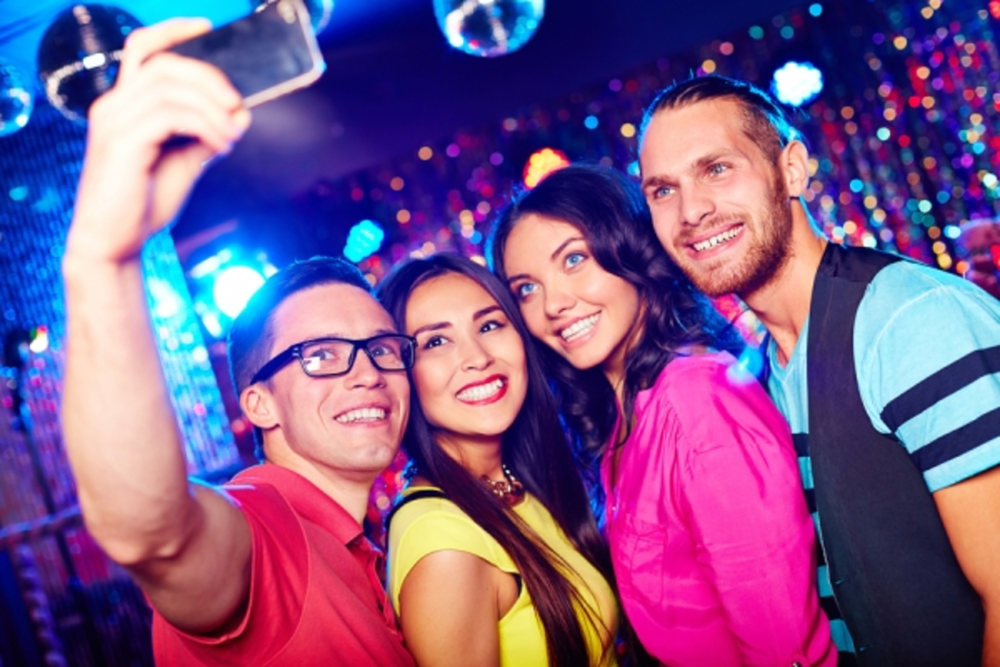 Mobile Live Streaming Craze Showing No Signs of Slowing Down