The 9 New Realities of Direct Response

“Uh oh! Has this ever happened to you?”

What was once the relatable rallying cry of direct response marketing has become a tired joke. But the direct response (DR) discipline itself is far from finished. The world’s largest brands are increasingly emboldened to go beyond seeking mindshare and ask for the sale. And infomercial kings now boast of driving an ever-increasing amount of their sales from indirect channels.

It’s an upside-down world. But here are nine new direct response marketing realities to guide you through it.

TV viewership is on a steady decline among all but the oldest demographics, and DVR and streaming services aren’t going anywhere. Events such as major live sports continue to draw outsized audiences, but media rates for such programming are well out of the reach of the typical direct response ROI. So smart DR marketers need to find ways to reach audiences intentionally, rather than accidentally.

One solution is to make a direct appeal to well-qualified prospects for viewership of direct response content (see “Live Streaming the Direct Response Way” on page 23 for an eye-opening example). Another is to expand the search radius for media beyond the traditional day parts and time formats associated with DRTV. “Before, two-minute spots were my favorite, but I now can buy a lot of five-minute inventory. I’m surprised at the availability, especially on cable,” says Telebrands CEO AJ Khubani.

…but TV audiences are more targeted than ever

Let the ever-widening landscape of cable and digital broadcast channels and programming work for you by doing a deeper demographic dive. The long-term success stories in DRTV have shifted with their audiences, offering more targeted products that resonate with live viewership. “The wisdom used to be that [DRTV spots] had to be universally appealing, but at this point I can target children, senior citizens, muscle-heads, or couch potatoes,” says Collette Liantonio, president of studio Concepts TV Productions. “There are  enough stations, enough broadcast media, and enough Internet that I can appeal to almost anyone. Twenty years ago you couldn’t sell a product for cats on TV; now it’s a mainstay.”

Relationships have a place in direct response

Customer retention and horizontal integration aren’t found in old-school spray-and-pray shilling, but direct response is today more than just a one-time sale. Consider the case of Infusion Brands, a direct response marketer that controls both the venerable Ronco products brand and the newer eDiets lifestyle brand.

Rather than operating them as two separate lines of business, Infusion plans to create more value by painting the two as the ideal combination for a healthy lifestyle, building more lifetime value and cross-selling opportunities with no additional marketing cost. “Everybody who calls in after a Ronco infomercial may not convert to a purchase, but we can offer all of them a free subscription to eDiets,” says Bob DeCecco, Infusion Brands CEO. “That’s a cost-per-acquisition of zero, because we already spent the money on the Ronco infomercial, and we can combine the hardware of Ronco with the software of the eDiets program.”

Kickstarter is the new infomercial

A compelling offer for a previously unheard of product, one not sold in stores; video presentations that lean heavily on the credibility and charisma of scrappy inventors making their cases directly to the public; a special bonus if you act now; another special bonus for just a few dollars more.

This is not a TV spot for a new chicken rotisserie. It’s Kickstarter. Although Kickstarter styles itself a “crowdfunding” platform and not a pure sales medium, it bears the key hallmarks of direct response. Instead of upselling viewers “for a few dollars more” to pick up a spatula or some extra coat hangers, Kickstarter lets buyers earn extra benefits by funding projects for more than the minimum “purchase” price.

The benefits can be capped at a certain limit, and the entire funding process only lasts a maximum of 60 days. “It’s the purest example of modern direct response, and the structure removes every barrier to the sale,” says Joshua C. Mabus, owner of Mabus Agency. “I see that 89 of 100 backer promos have been sold and I know I have to be fast to get in on the last 11. It’s the ‘limited-time offer’ in a modern, cool way.”

More than two million people funded Kickstarter projects in the first half of 2014. Nearly 70% were first-time Kickstarter users. Disregard Kickstarter’s DR potential at your own peril.

Brands born online still need a multichannel strategy, and DRTV offers a low-cost channel not only for awareness, but also for direct engagement. For most of its 15-year history, home services marketplace HomeAdvisor relied almost exclusively on search engine marketing (SEM). As part of a rebrand in 2012, HomeAdvisor engaged Hawthorne Direct to create campaigns that balanced SEM with a wide variety of TV spots from 15 to 120 seconds in length, mostly on cable networks. A combination of vanity URLs, custom toll-free numbers, and proprietary metrics help the brand identify top-performing spots and rotate others out.

With digital post-production costs at an all-time low, smart DR marketers need to take every opportunity to customize and refine messaging. “Endeavoring into DRTV means constantly testing and challenging your assumptions, because even fractional differences in performance make a huge difference,” says Allison Lowrie, HomeAdvisor senior VP of marketing. “I thought we would have hit a home run with one particular creative message and one particular spot length, but we found that each spot has its own niche for different stations and day parts.”

Direct response customers have journeys, too

Direct response isn’t just for late-night $19.95 orders anymore, but big-ticket considered purchases take more than a two-minute TV spot to play out. That means bringing some long-form sophistication to bear, not just a crushing offer and the expectation of instant conversion. “We’re doing a lot of personas and journey maps for direct response,” says Craig Kallin, senior VP of business development at digital agency Primacy. “Once the audience member is in the funnel, there’s still more than half the battle to go.”

Primacy client Regis University wants to get prospective students on campus and build comfort for a four-year commitment. The school’s journey map informed the creation of multichannel campaigns with a wider range of messaging, all with the call-to-action of booking a campus visit. The approach spiked campus visits by 51% year-over-year, validating the school’s commitment to spend two thirds of its marketing budget on DR instead of awareness. “We’ve become more specific and intentional about our visit offers and identifying critical times to compel new students,” says Kim Frisch, Regis’ dean of admissions.

The interactions between Regis University and prospective students come to a head when the student receives an acceptance letter and decides whether to put down a deposit for tuition. The school decided to perk up its staid, boilerplate acceptance letter with a tangible promo: an 11×17 frame, scheduled to hold the student’s diploma four years hence. The frame drove social media tagging and enthusiasm, but more important, the premium closed the deal. “Our acceptance-to-deposit conversion is up 32%, and in the higher education landscape, that’s unheard of,” Frisch says.

Anything can happen between a customer’s intial DR impression and a purchase—and on the Internet, it probably will. Direct response marketers need to combine the initial offer with a supporting campaign of landing pages, keyword purchases, and social content that keeps customers in the purchase funnel. “If you’re not invested in the search terms when the product is featured on TV, Amazon will be there,” says Michael Dub, copartner and chief scientist at DXAgency.

That digital component can quickly erode the performance of an overall campaign if planners aren’t careful, however. “Brands are competing and bidding certain terms to ridiculous levels. There’s more to business than search,” says Robert Yallen, CEO of InterMedia Group. “You have to be an arbitrage buyer and look for undervalued assets, and that’s not for novices.”

Interstitial direct response advertising remains a small but promising niche. Image advertisers still dominate streaming ads over major video platforms. That foretells an under-exploited opportunity for marketers who can find the right combination of media inventory and product, as the original DRTV pioneers did decades ago. “As a percentage of the amount you see on TV, direct response video online is still minimal, so there’s a lot of opportunity here for aggressive direct response advertisers,” says Jared Lake, director of digital media at DR agency Hawthorne Direct.

The most shocking New Reality of Direct Response is that the goal of DR is not always an immediate sale, but often a handoff to an indirect retail partner. Hybrid brands with both direct and retail models can accept lower performance for television spots if the product has a solid retail presence, and that has diversified the type and complexity of brands with DRTV appeals. “Some of my clients will be willing to lose a certain percentage on TV sales, sometimes as high as 30 percent,” Concepts TV Productions’ Liantonio says.

DRTV giant Telebrands claims that the vast majority of the products it advertises in ubiquitous TV spots are actually sold at the cash register, not shipped direct to the consumer. “We push DR as hard as we can and sell as much as we can cost-effectively, but it still remains that 90 percent of our sales come through retail, and that’s not changing much,” Telebrands’ Khubani says.

Since the early days of boardwalk hucksters and door-to-door salesmen, the live demo has been the bread and butter of direct marketing. But with multiple screens and unlimited media options, eyeballs flicker so quickly that most brands would kill for just 15 seconds of uninterrupted engagement.

Against all odds, Positec Tool Corp. lures in customers for live-streamed direct response (DR) promotions of 45 minutes or more. Although a typical streaming event attracts 300 attendees, specials for Positec’s WORX home improvement brand pull in as many as 2,500 live and replay views and 2,000 user comments.

Using the Brandlive communications platform, Positec promotes tools and home improvement products with the time-honored combination of genuine brand ambassadors taking on everyday challenges. The 21st century spin on the long-form infomercial is accompanied by modern touches that include live chat between viewers, and hosts fielding real-time questions from the audience.

Positec’s products occupy a DR sweet spot of products complicated enough that the purchase requires some consideration and proof, but still inexpensive enough that the prospect can be enticed to quickly whip out a credit card and buy.

Like many modern marketers, Positec uses a blend of direct fulfillment and retail partners, so it’s not completely reliant on direct response for sales volume. Nevertheless, the brand is happy with the 300% conversion uplift from emails driving customers to live events, compared to more generic email campaigns. “Email still drives sales, this just catches more people in a compelling visual demonstration of the product where they can see feedback from others, therefore converting sales at a higher rate,” says Craig Taylor, Positec’s VP of marketing.

Positec’s experiences with Brandlive are an inversion of the typical DR customer acquisition model, however. The live demonstrations are far better at building incremental sales from loyal customers than they are at reining in prospects. Positec has worked with a major magazine partner and online retailer to attract new customers to a livestream, but response rates were below target both times. “Click-through rates from the [partner] email were half of what we normally get, and the attendance was just a fraction of what we get in our normal model,” Taylor says.

Wal-Mart Stores Inc. has launched a free classifieds service on its Web site, Walmart.com. The retailer began the…

The state of social and search advertising

In Salesforce’s recent “2015 State of Marketing” report, respondents were asked in which marketing channels they anticipated increasing… 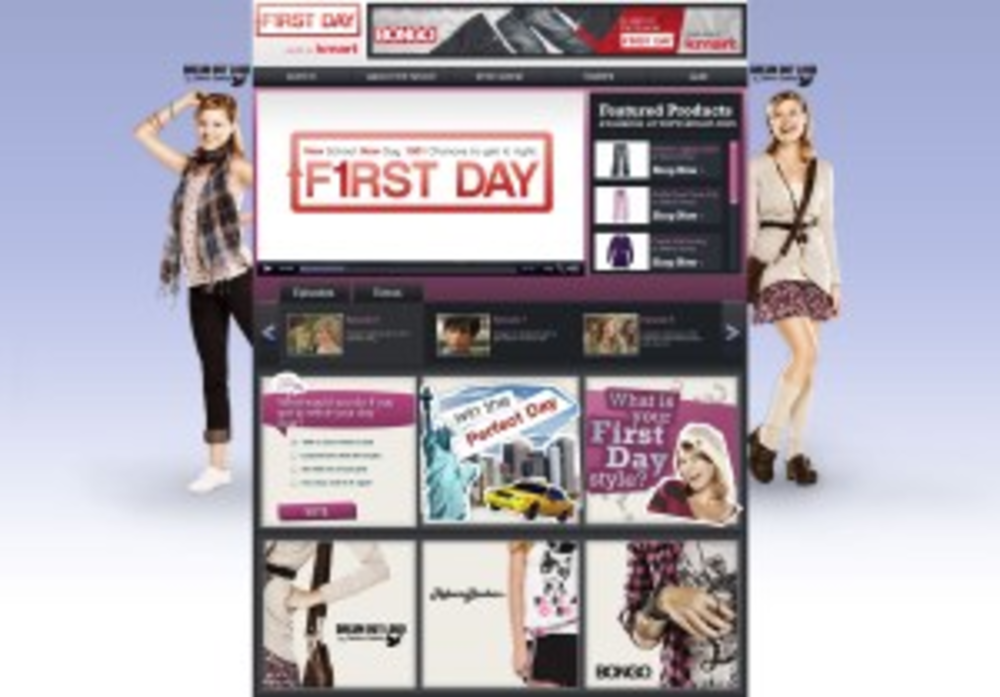