I’ll admit it. Of the more than 125,000,000 views the sneezing panda video garnered since it was posted in 2006, I’ve contributed roughly 100. Or more. (In fact, I just added four views in the process of writing this blog post.) Silly viral videos are the mainstay of YouTube, but — especially in light of its recent redesign — there’s speculation that the video-sharing site has other plans for its content.

And people aren’t happy about it.

YouTube posted a video tour of the new site at the beginning of December and more than 14,000 users have already given it the thumbs down. Around 4,000 people “liked it.” That’s a serious discrepancy.

One commenter mocked the video’s upbeat tone: “It’s time to get less into YouTube. There is a new look and [it] all? ends from the frontpage. Just sign out to start living. If you already [have] a YouTube account it’s easy to close one for you can simply close your Google Account. Getting to the videos you love, is more [of] a mess than ever …”

According to gadget blog Gizmodo, the change is all about YouTube’s new focus on encouraging social networking. The Google-owned YouTube now more closely resembles Google+, with an emphasis on channels and a vertical Facebook-like layout. A left-side navigation bar on the homepage allows users to create a personal “channels line-up.” Users also have the ability to customize their homepage feed and link their YouTube accounts to Google+ and Facebook so they can keep tabs on what their friends are sharing.

UK-based browser media, a search engine marketing agency, points out in its blog that many people are criticizing the integration with Facebook as a sop to the latter, though this kind of integration is more likely “simply a sign of the times.” People share thousands of videos per day on Facebook — and mostly via YouTube.

Perhaps this is what’s sticking in users’ collective craw: In its blog, digital marketing agency Envisionit media said the one major takeaway from the new YouTube is that “it’s designed to keep users more engaged and on the site longer” so as to up its advertising revenue potential. More engaged viewers, logically, translates into more money.

So, it’s a totally understandable attempt on YouTube’s and Google’s part to streamline and monetize. Perhaps users are feeling a bit alienated because they sense that, as New York Times columnist Mike Hale put it, the “loosey-goosey idiosyncratic charm of the YouTube that was” is giving way to “more commercial, more predictable and, its owners hope, more televisionlike” content.

So, will the content be better or just better-controlled? Only time will tell. What I do know is, this is the most heart-meltingly cute video I’ve ever seen.

Mobile video remains a hot topic in marketing, as does Snapchat. The two are rarely linked in coverage,… 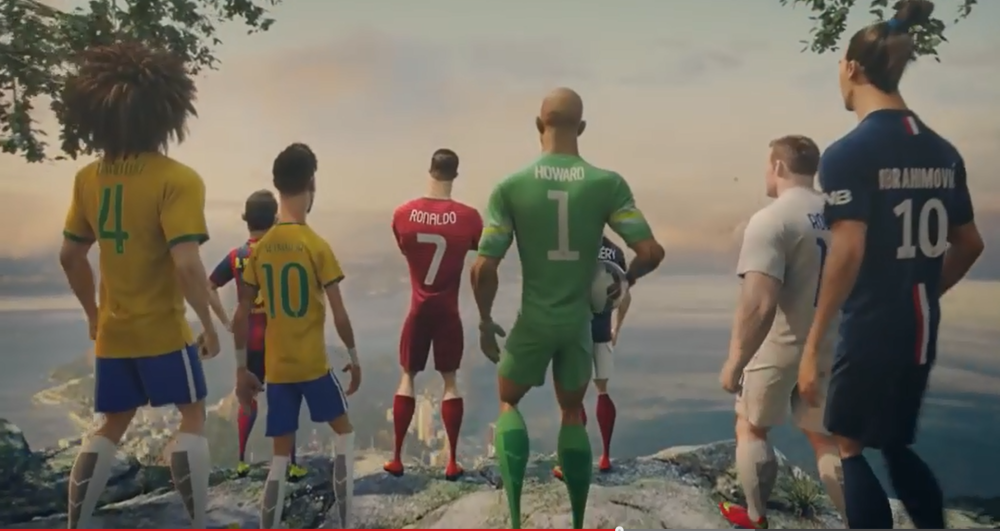 Argentina, Brazil, and the Netherlands may all be positioned to take the World Cup, but Nike, Coca-Cola, and…

Former Tonight Show co-host and DRTV spokesperson Ed McMahon has died at 86. Most well-known in the DRTV…