In a union both sides see as a reflection of an industry trend toward Internet telephony, teleservices firm Suncom Telecommunications and e-commerce company VirtualSellers.com have merged.

Though officially termed an exclusive licensing agreement, officials from both companies noted that Naperville, IL-based VirtualSellers.com has essentially merged with Suncom, Vancouver, B.C., Canada. All business generated by VirtualSellers.com will flow through Suncom’s subsidiary Suncom Internet, and the two companies will have a consolidated balance sheet.

“We offer transaction processing, the complete order capturing and processing services, and they offer 800 number inbound and outbound customer service so we decided to put that together to have 24/7 Internet-based customer service reps to take orders or answer questions,” said Stephen Meade, VirtualSellers.com president and CEO. VirtualSellers.com also creates Web sites, but mainly sites that are product-driven and use the company’s e-commerce capabilities.

The combined call center/e-commerce services will be offered to existing Virtual Sellers clients, as well as to new prospects that the company approaches.

“Some clients want to talk directly to their customers, some want us to do it, some don’t want it done at all, but this is a perfect way for us to offer additional service to out clients,” Meade said.

Less than a week after the union of the two companies was announced, they secured exclusive rights to market their services to the 160,000 sites that are members of Netmall.com, a directory site through which consumers can access other Web sites.

Industry analysts note that while adding live staff to Internet sites is in some ways contrary to the easy, inexpensive nature of Internet operations, it can be profitable.

“When it comes to online shopping, you don’t want to have to add the human element because of the cost, but if it turns someone from a shopper into a purchaser, then it’s a good thing,” said Fiona Swerdlow, analyst in the digital commerce group of Jupiter Communications, New York.

The companies expect to begin offering customer service to Internet clients this month. Representatives for Web clients will be stationed in Suncom’s call center in Greenwood, IN. Currently, the center, which has capacity for 90 representatives, has 12 working on sweepstakes and customer services for cable companies. Those services will continue in a section of the call center.

Future enhancements the companies are considering include using 800 numbers specific to each Web site with pop-up menus that would appear on teleservices representatives’ computer screens related to the number a customer used when calling in. Suncom may also study voice over Internet technology that would allow consumers who only have one line in their home to connect to the call center without logging off. Eventually, customers who order products or services that representatives are not authorized to negotiate may also be able to be transferred directly to the company they are ordering from. A future call center in a different region is being considered for the purpose of redundancy, and for taking advantage of cheaper labor and different time zones.

Currently, in addition to getting ready to staff up for providing Web customer service, Suncom is also in the process of raising money to grow VirtualSellers.com.

Suncom, which emerged from bankruptcy protection with no debt but a significant operating loss a year and a half ago, has 70 million shares outstanding and 23,000 shareholders.

“With that, it is easier for us to raise money. We have a shareholder base to market to,” Berman said. “VirtualSellers.com has 50 to 60 clients right now and we need investors and capital to duplicate that process.” 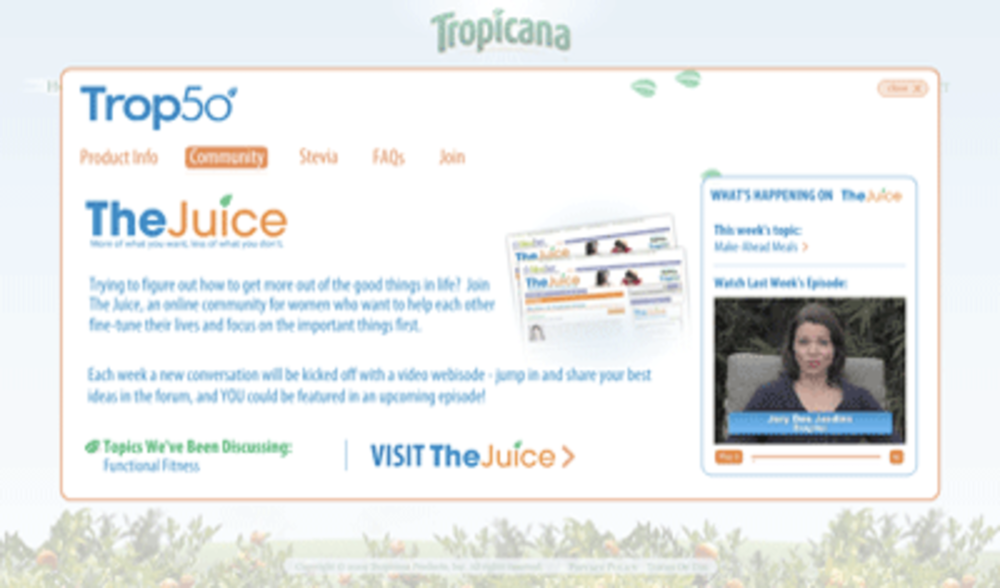 Pepsi-owned orange juice brand Tropicana has launched a new online community to support its Trop50 brand, in a move…