Sweepstakes' Mailers Might Be Better Off With Definitive Guidelines

I believe the parade of elderly Americans brought to testify against sweepstakes is embarrassingly calculated to garner sympathy. Nobody in my 26 years of writing sweepstakes has ever indicated that his mailings were aimed at older Americans. Never, not even once in my entire career.

So why are our nation's elderly put on display as victims of sweepstakes? I believe it's simple. Time erodes our vision and reasoning skills, and it's almost impossible not to deliver a direct mail package to at least some senior citizens who might find it confusing. The likely reason they're on a mailing list is because they enjoy getting mail and have probably ordered something by mail, not because they are old. But these poor, confused elderly folks are put on display to elicit sympathy, not because they represent the average sweepstakes respondent.

I'm fortunate that my parents are still alive. My mother is 84 and my father is 87. The only direct marketers who've managed to get my father to part with large sums of his retirement money are the very regulators looking into the sweepstakes business. My father is routinely targeted by politicians who send him very personal letters, and he believes that Newt and Trent and other politicians know him on a first-name basis.

I don't believe he's ever responded to a sweepstakes mailing, mostly because the products don't interest him. But his generous support of politicians enable them to be re-elected again and again.

I submit for your consideration that state regulators hate anything that competes with their self-anointed legalized gambling: state lotteries. You won't find most state lotteries advertising the odds of winning. Have you ever tried to read the back of a lottery ticket? If a sweepstakes mailer ever used type so small and tinted, they would find themselves on the other end of a lawsuit by some politically ambitious state's Attorney General or one of our federal “alphabet” agencies.

That a handful of older Americans bought hundreds of magazine subscriptions thinking they'd won the big prize, even when “no purchase necessary” was encompassed into the language of the offer, is regrettable. People are people, and some are bound to make mistakes, no matter how much the government tries to protect them. I don't see the regulators coming down on TY Inc. because many people compulsively buy beanie babies and pay as much as several thousand dollars for a small bean-bag animal. Should we protect these people from themselves, or are they entitled to the freedoms our Constitution guarantees, including the right to do silly things or spend hard-earned and overtaxed money any way they wish?

Let's take a look at what's really hurting our poor, elderly and disenfranchised people. It's not direct mail sweepstakes. It's the good ol' state lottery, the state governments' biggest business venture and a revenue generation machine that rakes in billions, virtually unregulated.

Five percent of the population buys more than half of all lottery tickets sold and spends an average of $3,500. I didn't make that up. It came from a study done at Duke University. Statistics also indicate that the heavy buyers are the people who can least afford it, which is why some people have called state lotteries “a tax on the poor,” and even more cruelly, “a tax on the stupid.”

Commissioner James C. Dobson of Focus on the Family said that government-sponsored gambling is having a devastating impact on our least fortunate citizens.

And what do our fine citizens get for the $36 billion they shell out on state lotteries? Not a single magazine. No pocket fishing rods or costume jewelry. Not even a thank you. And the regulators think sweepstakes mailers should feel guilty? I'm not buying that, or your lottery ticket.

Imagine if entrepreneurs devised a monopoly that pays out only half it's revenues in prizes and markets aggressively with advertising that is often misleading and nondisclosive. Now imagine if you could do that without any overzealous regulators looking over your shoulder.

I wonder why adult children of elderly parents don't complain as loudly about finding hundreds of worthless lottery tickets in their parents' desk as they do when they discover that they've renewed their magazine subscription well into the next millennium? I know I would; but then again, we all know you can't fight city hall.

So, do I believe there should be some federal guidelines on sweepstakes promotions? Sure I do, if for no other reason than to stifle the litigious nature of those state regulators who dislike the competition to their homegrown lottery. Once the federal regulators have outlined what must be in a sweepstakes mailing, we can adhere to their guidelines without worrying about a local postal inspector and county assistant district attorney trying to fulfill their personal ambitions on the backs of legitimate marketers. And, if it drives the illegal and corrupt guys out of business, so much the better for those of us who write sweepstakes to excite and entertain, not to take advantage of people very much like my parents, who have lived long and good lives.

The remaining question is, who will stop the abuses of state governments and their gambling schemes? Perhaps the guys who got my elderly father to part with thousands of dollars for their re-election campaigns, using personalized direct mail that made him believe they were his personal friends. The odds of that happening are worse than, for example, a state lottery.

Don Nagle is a 32-year veteran of direct response copywriting based in Reno, NV. His e-mail address is [email protected] 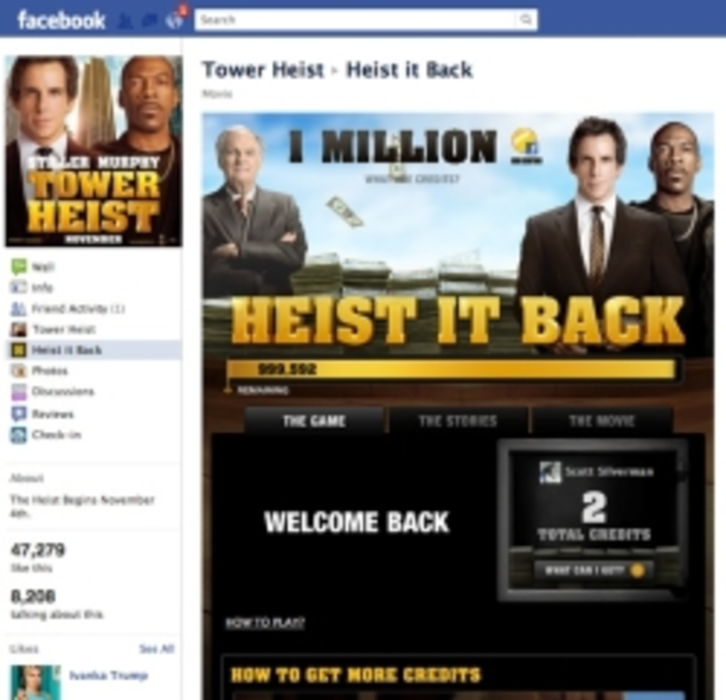 Universal Pictures launched a Facebook scavenger hunt on Oct. 12 in support of its film Tower Heist. The…

Utilities Are Better Able to Weather Outages, Deregulation Through Outsourcing