Surf’s up on the mobile Web

Next month, Apple’s iPhone 3G will hit the market, complete with a lower price, quicker Web navigation and built-in GPS. Other mobile manufacturers are offer­ing their own better quality Internet-enabled devices. Thanks to these smartphone advances, the mobile Web, or WAP (wireless application protocol) – which allows consumers to surf online using their cell phones – is booming. This offers options beyond text messaging for mobile adver­tisers, including mobile display ads.

For Arkansas Tourism, the official tourism Web site for the state of Arkansas, the mobile Web is a good way to connect with potential customers. In a move to geotarget consumers on the go and reach a younger demographic, the organization has been running mobile display ads on weather content site Accuweather.com since summer 2007. The goal of the campaign is to encourage consumers to sign up to receive a travel kit by e-mail or postal mail.

“[Weather] is a really good fit for mobile,” says Brian Kratkiewicz, VP and director of media, interactive and account services at CJRW, the agency that manages the program. “If we serve it up in reference to a location that they are inter­ested in or based on where they are, you’ve got something that changes all the time and is per­sonal to the user.”

In May, Accuweather had more than 36 mil­lion page views on its mobile site, a 200% rise since last year. The site is in the top 10 content sites on the mobile Web. The Arkansas Tourism ads are targeted to people who search for weather in Arkansas or who are geographically from the surrounding area, because 90% of Arkansas visitors come from surrounding states.

Weather and travel are a nice fit for marketers and publishers, says David Mitchell, director of wireless for Accuweather.com. “When you [see] a display ad, you are on the page for a reason — you are not getting a text message when you don’t want one,” he says.

“If [the ad] is geotargeted and is directed toward the user, then there is more of a chance to get that click through,” explains Mitchell.

When the mobile banner campaign began, users had a click-to-call option to contact the tour­ism board, or they could enter an e-mail address to receive more information. But the campaign evolved to the point that a click on the banner would lead directly to the mobile WAP site.

On average, the Arkansas Tourism site sees a 0.8% click-through rate from the Accuweather banners. Since it began the mobile ad campaign, the state organization has increased the spend on its mobile display ads from 2% of its online budget to 11% of the overall online budget.

The mobile Web, however, does not just benefit travel marketers; it’s also an effective channel for sectors such as entertainment. For example, New Line Cinema recently worked with mobile ad network Greystripe to run a mobile display advertising campaign for the film The Golden Compass. Greystripe’s ad network has a number of site partners across the mobile Web includ­ing GameJump and MTV Asia, and the GoldenCompass banner ran across 90% of these syndica­tion partners’ sites.

“Our particular consumers are into all kinds of entertainment,” says Erica Chriss, Greystripe’s VP of strategy and business development. “They often check the mobile Web for movie trailers and movie times and to buy tickets.”

Greystripe surveyed users who interacted with these ads and found that 19% of the respondents said that the mobile display ad increased their awareness and interest in the film, and exposure to the ad led to nearly a 10% increase in interest in seeing the film.

Those respondents age 18-24 said that their intent to see the movie in theaters increased by 14.5%. “We see different kinds of advertisements in terms of creative, which appeal to a younger group,” Chriss says.

Overall, more marketers could benefit from advertising in the mobile Web space, say experts, as consumers get used to using their mobile phones to look up movie times, watch content and research vacations on the go. As phones get more sophisticated, this channel can offer benefits that text messages cannot.

“Sometimes text messages can be an annoy­ance even if you have signed up for [them],” explains Mitchell. “I may be expecting a text from a friend and I end up getting an ad and I think that turns people off, but when I go to a mobile Web site, I’m there because I want to see some mobile content.” 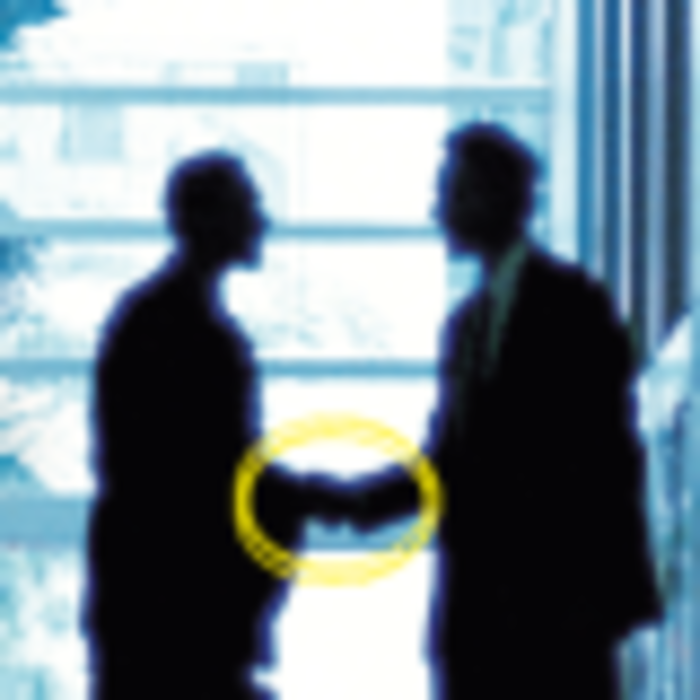 When it comes to CIO/CMO collaboration, the question is not “if,” but “how.” If a brand wants to…

In an online world dominated by search, e-mail and analytics, most every visitor’s intent can be tracked to…