The majority of people of Chinese ancestry going online in North America prefer to visit Chinese-language sites, according to a study by SINA.com, an Internet media company for Chinese communities.

Karen Brux, director of marketing at SINA.com, Sunnyvale, CA, said it was not a surprise that the population prefers Chinese Web sites.

“At the end of the research, we asked people how long they have lived in the United States, and the average Chinese Internet user has lived here for about 10 years,” Brux said. “Of these people, 96 percent said they were fluent in English, but regardless of how comfortable they are with English, the majority prefers to speak their native language at home and online.”

Yahoo was the most popular site among those surveyed. SINA.com came in second in the United States, followed by AOL, Yahoo Chinese and MSN.

The study also showed that 58 percent of users in the United States have investments, and about 70 percent trade stocks online. Yahoo is the dominant site for financial research.

Chinese North American Internet users differ demographically from non-Internet users, according to the study. They tend to be younger, more affluent and better educated. Also, more males are online, and Internet users are more likely to live in smaller households.

E-mail is the primary online activity, followed by reading news, sports or weather reports. About half of Chinese-American Internet users shop online. Books are the most frequent purchases, followed by computer products and electronics. 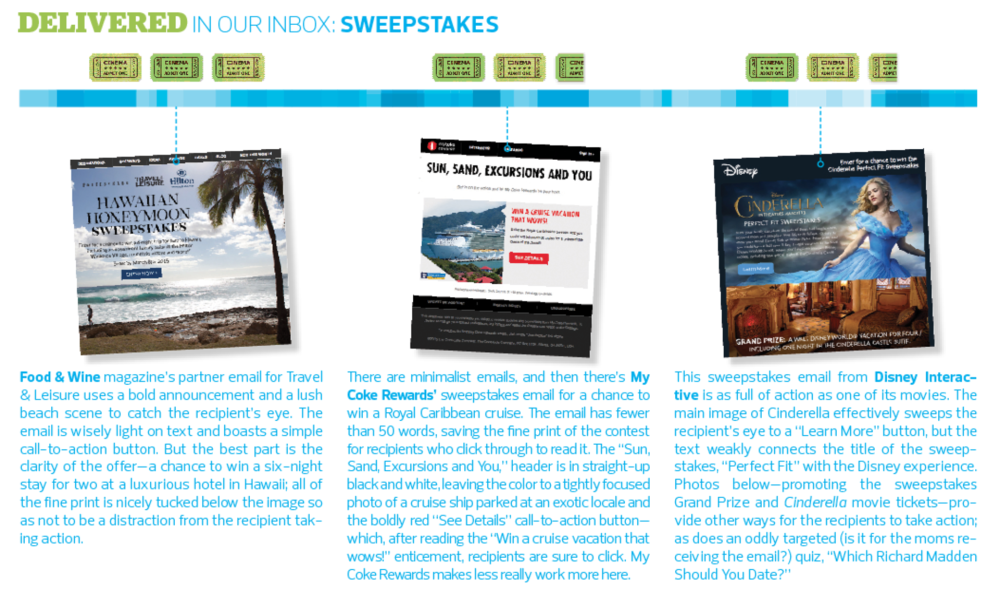 What’s in our inbox this month: emails for sweepstakes. Some of these are instant winners.