Sweepstakes marketers told disbelieving senators during a two-day hearing on Capitol Hill last week that most Americans understand that they don't have to order anything to enter and win marketers' contests.

Senators responded to the testimony, angrily reading from mailings they had received with headlines such as “Open your door to $31 million on Jan. 31” and “It's down to a 2-person race for $11 million.” The sweepstakes marketers were hoping to influence the Deceptive Mail Prevention and Enforcement Act, which was introduced last month by Sen. Susan Collins (R-ME).

The act, S. 335, is designed to impose new standards, strong financial penalties and tougher enforcement against companies that send deceptive mailings. Penalties for not complying would range from $50,000 to $2 million, depending on the size of the mailing.

Collins, who is chairwoman of the permanent subcommittee on investigations, said the hearings were designed to examine the nature and impact of sweepstakes run by several companies — including American Family Publishers, Publishers Clearing House, Time Inc. and The Reader's Digest Association. Collins said she was “absolutely stunned” by marketers' statements that no “reasonable person” would be misled by headlines that look like they declare someone a winner.

“The central issue is whether consumers are being informed clearly that no purchase is necessary to enter the sweepstakes, and that buying something does not increase their chances of winning,” she said. “People should not need a law degree or a magnifying glass to read the rules or decipher how to enter without placing an order.”

On March 9, representatives from mailing companies offered testimony that acknowledged the need for legislation but also defended their practices. All of the companies said they display “No purchase is necessary to enter” statements clearly on their envelopes and offered statistics showing that many consumers enter their contests without placing orders.

Naomi Bernstein, vice president of marketing services at American Family Enterprises, Jersey City, NJ, said the vast majority of people who “receive our mailings understand them and do not believe that they have won or they must order to win.” Of those who respond to AFP's mailings, more than half enter without ordering, she said.

The companies also said they have mechanisms that track highly active customers and send mailings reminding them no purchase is necessary to take part in the contests. Deborah Holland, senior vice president at Publishers Clearing House, Port Washington, NY, told senators that her company instituted a program a year and a half ago that eliminates highly active names from its mailing list. PCH said it has taken off 6,000 names so far.

“These companies were saying that the vast majority of their customers know that they do not have to pay to play,” said hearing attendee Jerry Cerasale, senior vice president of government affairs at the Direct Marketing Association. “They either have processes in place or are strengthening their processes to try and identify people who are making purchases that show that they are confused by the offers.”

According to sources, senators at the hearing weren't won over by the company officials and seemed convinced that legislation is required. Collins said she will conduct additional hearings in the coming months, including one that focuses on fraudulent promotional mailings such as sweepstakes in which no prizes were awarded.

On March 8, Maryland Attorney General J. Joseph Curran, a panel of victims or their family members and the American Association of Retired Persons offered testimony. Victims told stories about how they had lost thousands of dollars buying merchandise in hopes of winning prizes. Virginia Tierney, a member of the AARP's board of directors, cited research showing that 23 percent of senior citizens think buying something increases their chances of winning. One witness, Eustace Hall, 65, of Brandon, FL, broke down in tears as he recounted how he had spent almost $20,000 on sweepstakes products in the belief that the purchases would increase his chances of winning and helping his daughter through law school.

The negative attention to sweepstakes is taking its toll on the direct marketing industry. Last year, for example, Philip Whitney, vice president for consumer marketing at Money magazine, said there was a 30 percent to 40 percent decline in sweepstakes marketing because of bad publicity, and recent industry studies show responses to direct mail offers have dropped as much as 80 percent.

Meanwhile, the DMA released results of a poll it took March 4-7 that found 54 percent of 1,005 American households have entered a sweepstakes contest and 95 percent of these entrants knew “no purchase is necessary.” The survey, conducted by Opinion Research Corp. International, Princeton, NJ, also found 94 percent of Americans don't automatically think they've won a prize when a sweepstakes offer comes in the mail.

“While we are concerned when even a few individuals respond with confusion to a sweepstakes offer, practically all those who enter such contests know that they are a fun, exciting way to enter and possibly win,” Cerasale said. “We believe any new legislation or regulation should focus on a more serious matter — fraud that is perpetrated in the guise of legitimate sweepstakes.”

In other news, Connecticut Attorney General Richard Blumenthal filed a lawsuit against Publishers Clearing House last week for mailing what he said were deceptive promotions with a “mirage of winning millions” of dollars.

The suit seeks a court order to prevent the company from continuing its promotions and seeks an unspecified amount of restitution and civil penalties. 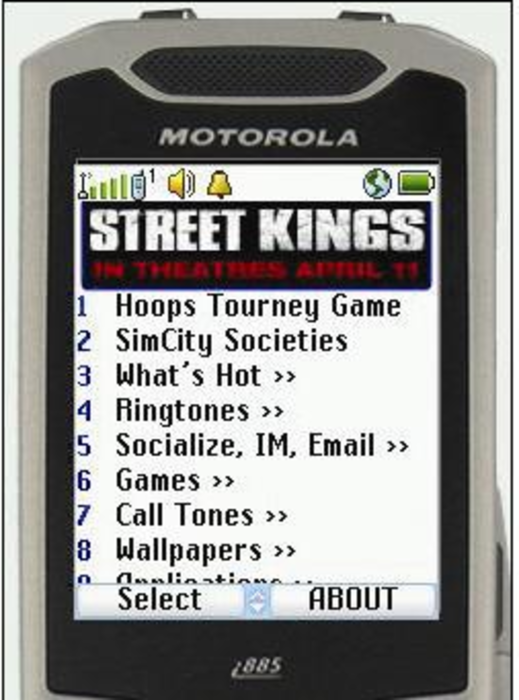