Storage USA Inc., Memphis, TN, has begun testing a call center which will support a new, nationally-advertised toll-free number and handle overflow calls from other facilities.

The call center, which will be located at the company’s Memphis headquarters, also will take national reservations and coordinate reservations among storage sites within the same geographic area, said Terry Corona, vice president of investor relations for Storage USA, which operates a chain of 485 self-storage facilities around the country.

“We felt like we’d gotten to the size where a call center was justified,” she said. “Also, we wanted to increase our brand awareness. We have that [toll-free] number, so having that and the call center allows us to advertise and get some brand awareness.”

The company began rolling out the toll-free number, 1-800-STOR-USA, in April and expected to begin national promotion of the number by July. Agents at the new center will be able to track storage space availability around the country from their computer screens using a Web-based application that allows the agents to locate facilities using all or part of a customer’s address. Unit availability and reservations are communicated electronically between the call center and the facilities using a system tightly integrated into the company’s entire IT infrastructure.

Previously, Storage USA handled reservations calls for storage units on a facility-by-facility basis, and sometimes customers who called fully occupied facilities were not told that suitable space was available at nearby Storage USA properties, Corona said. The new call center is expected to eliminate that type of situation.

“We have 20 facilities in Memphis, for example, and we’ve been able to do a lot of cross-selling during testing here,” she said.

Individual Storage USA locations will continue to accept calls for reservations and service that come in through local phone numbers, but overflow calls will be directed automatically to the new call center. The company also expects to use the center to launch an outbound telemarketing campaign to qualified commercial prospects. A launch date for that effort has not been determined, Corona said.

The center is expected to employ about 30 agents during the peak summer season, said Russell Williams, vice president of sales and marketing for Storage USA. He said the center will be staffed with a combination of full-time and part-time agents, supplemented by summer interns.

In addition to handling calls from the toll-free number and overflow calls from individual locations, the company expects to begin accepting referrals through a marketing alliance with Budget Group Inc., parent of the Budget and Ryder truck-rental firms. Agents at the Budget reservation centers will query customers about their storage needs, and those seeking space will be transferred to the Storage USA center.

The exact terms of the agreement between Budget and Storage USA have not been determined, Corona said.

The company developed the reservations center internally, and is using Lucent Definity technology throughout. It will be a relatively simple operation, with no need for an interactive voice response system, Williams said.

“The only calls coming to the reservation center are calls from prospective customers, and each operator is equipped with the technology [and] training to address the needs of those calls,” he said. “Without the need to route calls, we prefer the personal touch of a live person answering the telephone.”

Storage USA serves about 500,000 customers per year, each of whom use the facilities for an average of 11 months. The average location has about 400 storage units.

The company previously had acquired a small call center in New York, which continues to serve the New York area. 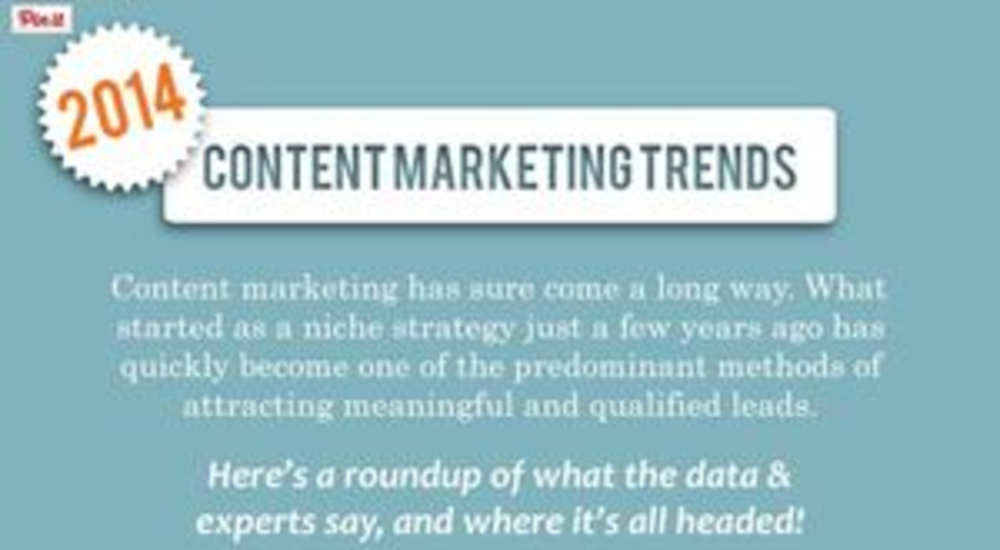 Infographic: Content Marketing Trends to Watch Out For in 2014

Out with the old and in with the new, here are the trends we expect to see in…

Kevin Bacon’s SixDegrees.org and Hanes have teamed up to encourage the use of social networking as a way…

MSN finally unleashed its new search technology on the world. The official announcement from Bill Gates ended with…